I'm new to photography and recently won a bid on a Nikon D70 with a Nikon AF Nikkor 24-120mm 1:35-5.6D lens. I know the lens has a variable aperture. What I can't figure out is what the top sets of number dials on the lens are for? The bottom set also has the f-stop that changes automatically when zooming.

For the AF Nikkor 24-120mm 1:3.5-5.6D the rubber ring nearest the front of the lens is the focus ring. The numbers below it, which also move with the rubber ring, indicate focus distance. There are two scales, one in feet and one in meters.

The widest rubber ring is the zoom ring which changes the focal length of the lens. The numbers immediately above give focal length in millimeters and the focal length at the current position will be lined up with the white indexing mark on the trim ring. 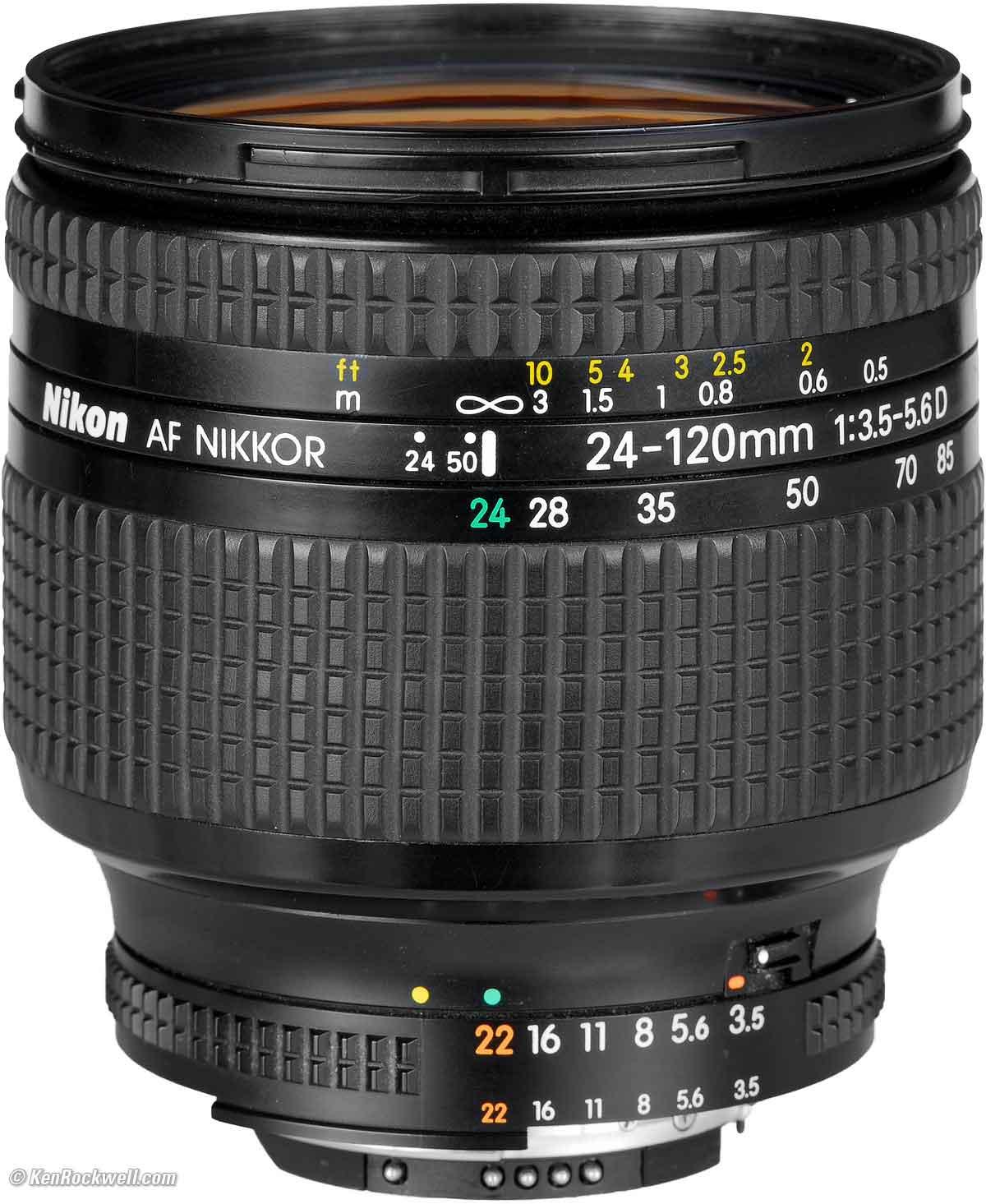 Here is a link that allows you to download the actual user manual for your lens. It is a little hard to read, but it should provide you with some of the information you need. It appears as though the manual is not complete and is missing some English text pages. 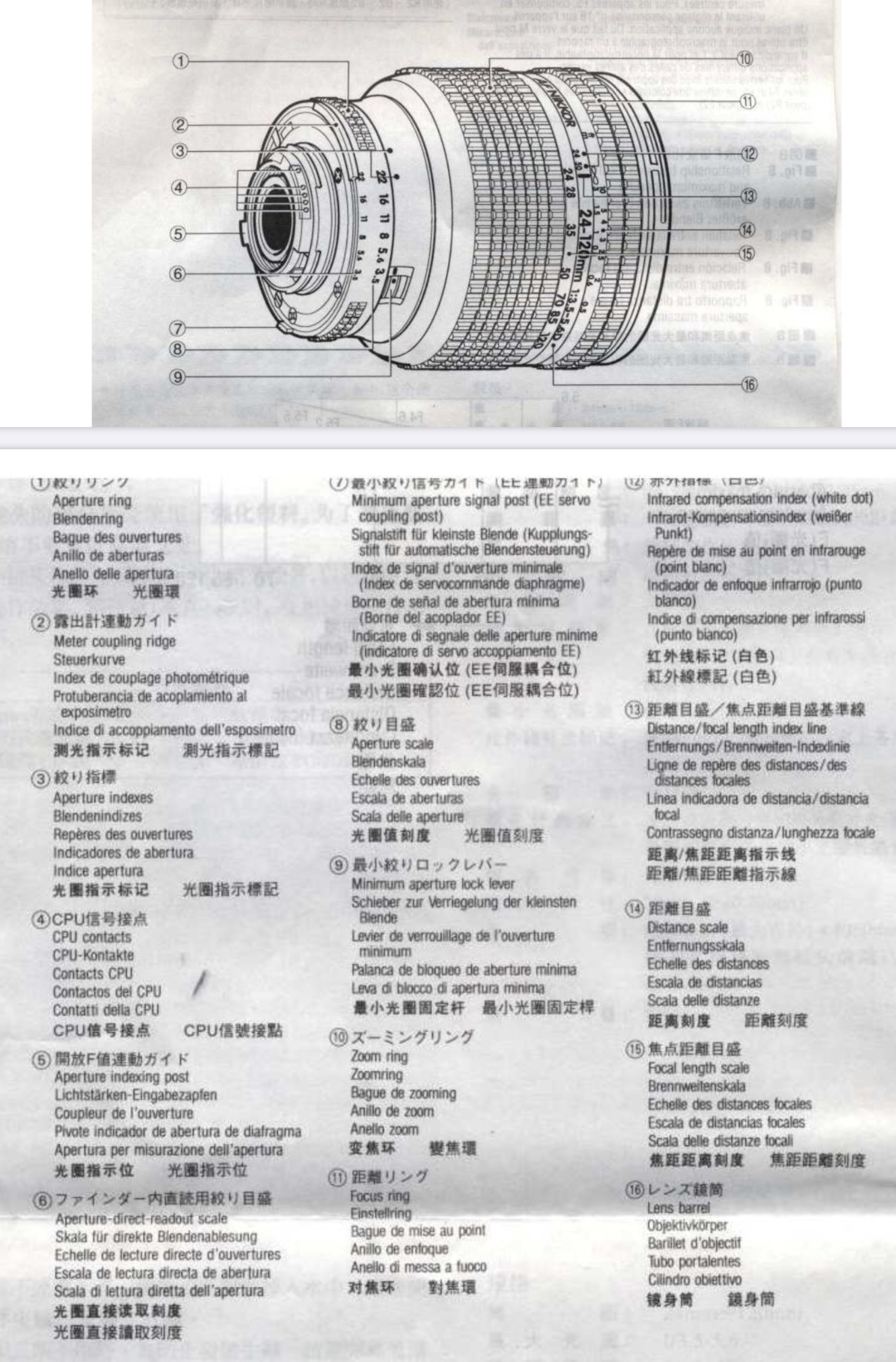 If this is the lens in question, then from top to bottom in that image, you have the focus distance ring (yellow and white, marked with "ft" and "m"), then what is probably a fixed ring that has the "Nikon AF Nikkor" text on it, then a larger ring that controls the zoom (labels 24, 28, 35, etc...), and finally closest to the mount you have the aperture ring (labels 22 16 11...).

Not the answer you're looking for? Browse other questions tagged lens zoom or ask your own question.