Slides in the digital era

I did use colour slides decades ago: Agfachrome, mostly.

How can I achieve a similar effect in the digital era?

An idea: have a 4k camera and a 4k projector - I am not sure whether this is viable and comes at a reasonable price.

What is the canonical setup for this?

EDIT: By similar effect I mean I am able to project it to a large area, cca. 3 meters wide, with a resolution similar to the Agfachrome slides. Better than a standard 1080p projector.

I produce a slideshow each year for the high school band that I photograph and present it at their end of year banquet. It usually entails about 500-600 slides (some of them are stop -action sequences shot in burst mode that run at about 3-4 slides per second for several seconds). The rest go by about one every three seconds. I set it to music with parts of a dozen or so songs including snippets of a few of the original versions of popular songs included in their fall marching program and a song or two from their concert season. The whole thing runs around 25 minutes. The kids and their parents love it.

I find that using a quality FHD projector with good, adjustable color output onto a 100 inch or so diagonal screen works just fine. There are usually around 150 folks at the banquet sitting at round tables that each seat 6-8 people. The screen is high enough on one wall that everyone can see. We turn off the room lights. I'm sure the needed keystone correction needed to throw the image from a stand below reduces the actual resolution to less than absolutely perfect 1080P. It doesn't matter.

Screens, particularly temporary ones or even the permanently installed kind that roll down when you use them and up when you do not use them, are by their very nature not that precise. The bottom is weighted, but it's not actually attached to anything that stretches it tight enough to be rigid. When the A/C kicks on the breeze will cause the surface of the screen to ripple slightly. Anything more than 1080p is a waste of resolution for such a screen. Ditto for an even larger "outdoor" screen. You do need a brighter projector for larger screens or outdoor use, but even then you'll never get the screen properly flat enough and perfectly aligned with the projector to make a difference using anything higher resolution than FHD.

The key to the slide show experience is getting accurate color out of the projector with images that are finished (post-processed) to have that "chrome" look. It's something I've been striving to achieve for a long time. I think I'm starting to get there. I've found that good light that is fairly full spectrum when shooting is absolutely necessary. So is shooting raw and doing a lot of tinkering in post processing, particularly with contrast curves that allow you to adjust white point, highlights, mid-tones, shadows, and black point independently of one another. Ditto for color, where an HSL/HSV/HSB (Hue-Saturation-Luminance/Value/Brightness) toll allows you to adjust eight different color band independently of one another.

I'm sure there are tons of "presets" out there that folks will try to sell you that they claim emulate to "look" of slide film. I've never tried them.

To me it seems the critical colors to darken slightly are the reds and blues, while keeping the saturation of the yellows, greens, and purple in check. Natural grass in bright sunlight is more yellow than green. If there's nothing else in the frame, you can shift the hue of the yellow band toward green while pulling back the yellow saturation and luminance a bit, increasing green saturation a tad while slightly reducing green luminance, and it will make grass look richer. Increasing the the aqua and blue channel saturation slightly while reducing the luminance of those two channels will do wonders for blue skies, assuming they're not overexposed and already pure white. Orange is all about skin tones. Everyone, no matter what ethnic group they belong to, has more orange in their skin than any other color, followed closely by red. I know that sounds crazy, but try it sometime. Use an HSL tool to turn orange all the way down or all the way up and look what happens to skin tones! We're all various brightnesses and darknesses of orange! Magenta is a color that slide film tends to de-emphasize, so I pull it back just a bit as well.

Here's a before/after of a shot from an outdoor night concert a couple of years ago. There were white spots about 100 feet off stage and elevated. But they were shining on the singer, not the guitarist. Most of the stage lighting was colored LEDs that aren't near as full spectrum as the old incandescent "cans" used to put out. I'd like to think I got close to a "chrome" look with this one.

Here's the image developed using Canon's DPP 4 with the in-camera settings active at the time the photo was taken applied: 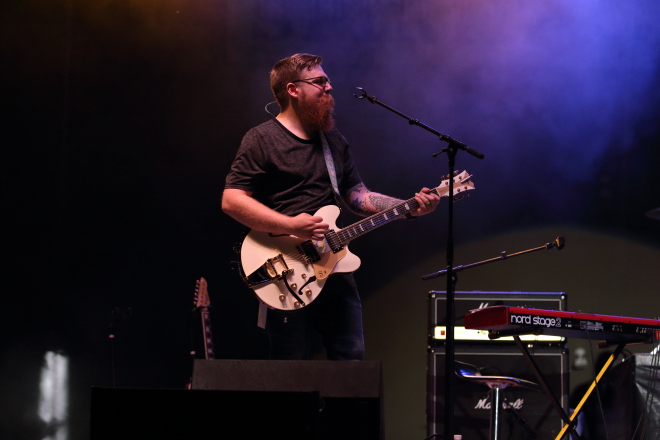 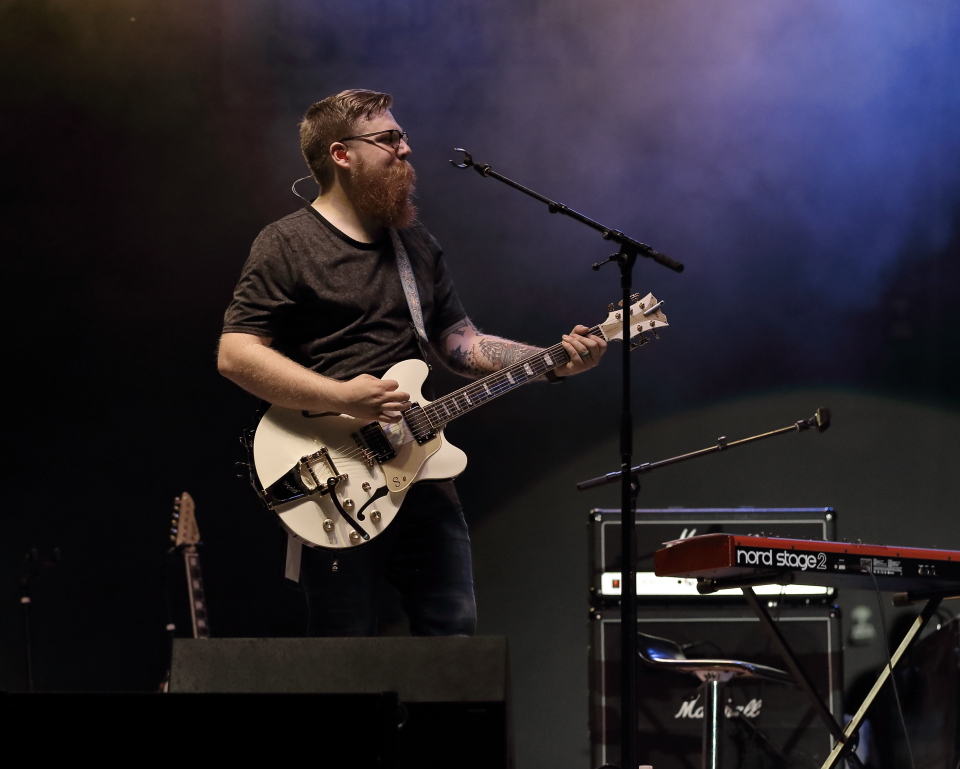 Here are a few other images that I'd like to think give a "chrome" feel to the way they look in terms of color and contrast. 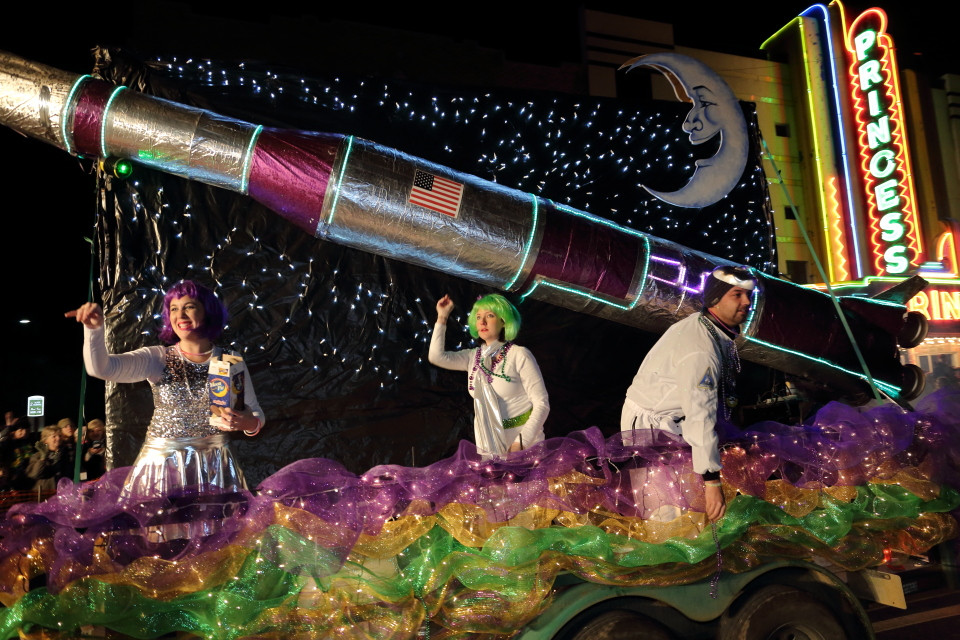 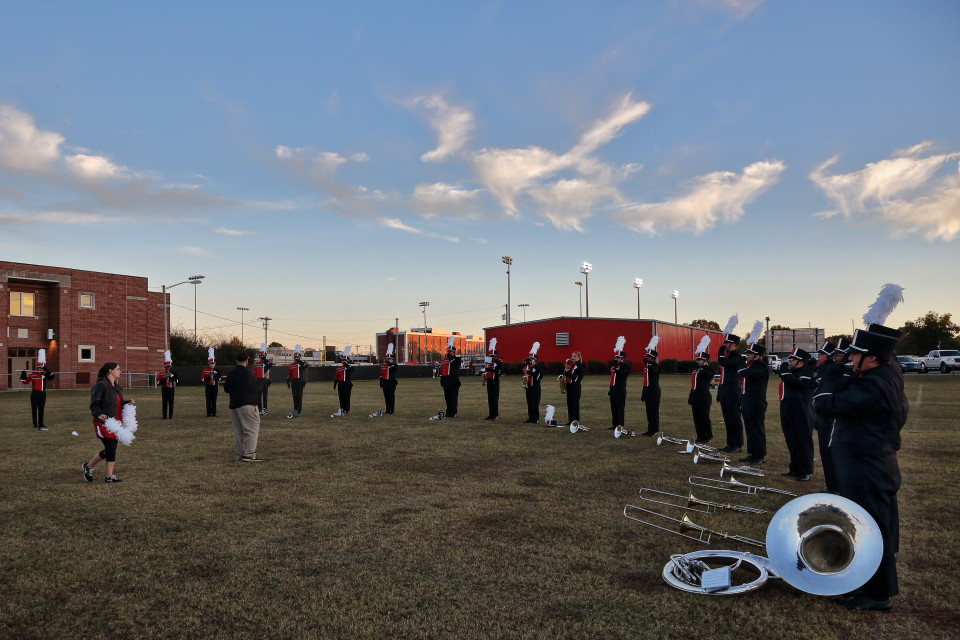 Here's a frame that was taken under high pressure sodium vapor lights on a city sidewalk at night. White balance was set using a 'CWB' shot of a styrofoam cup. The image was saved as a raw file and color was fine-tuned with Canon's Digital Photo Professional 4 (which preserved the in-camera CWB). DPP4's Hue-Saturation-Luminance tool was used to further fine-tune the color. 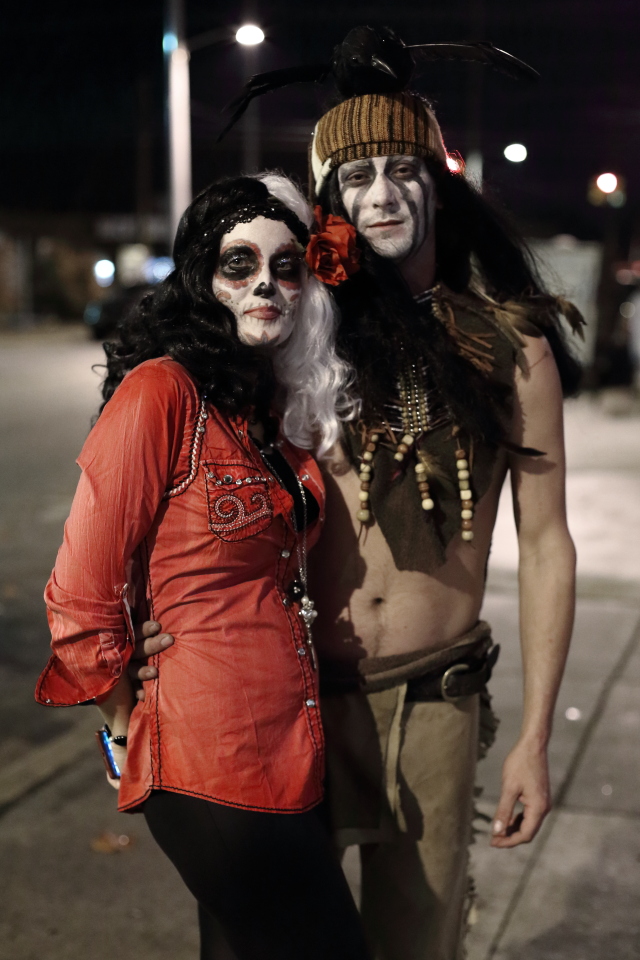 Some thoughts to get you started. The size of digital images is measured in pixels.

So any larger image can be cropped and resampled to a smaller "4K" size for projection.

To the point: You don't need 4k sizing for projection. At that resolution the screen is your weak link, so it's unnecesary. The screen is the most important component here, but you may also need to give your images a strong increase in contrast and saturation to imitate slides. Do a test run.

Not the answer you're looking for? Browse other questions tagged digital slides projector or ask your own question.

0
Can I get a Kodachrome-film look in my digital photos after editing?

7
Is it possible and/or a good idea to print digital photos to slides?
5
How to convert old school photo slides to a digital format?
5
How can I create film slides from digital photos?
9
How to Destroy Slides
2
What aspect ratio are slides intended to be?
1
Why do my photographic slides have a lighter area near the borders?
3
What are the differences between projector, enlarger, and macro lenses for photographing 35mm slides?
1
Mold Spread On Slides
2
Pinholes in 35 mm slides
1
What is the usefulness and best conversion software of TIFF file format for scanned slides