I am thinking of buying a Sony RX100 (mark i). The thing is, I am gonna use it for pet, flower photography, and I really like the f/0.95 lens on my cell phone camera. It produces creamy bokeh with 1/2.3" sensor. The RX100 has a bigger sensor, but a slower aperture of f/1.8. So which one would be better for bokeh?

Sensor size in and of itself is not a factor. However, it influences focal length choice and working distances. Smaller sensors force the photographer to use shorter focal lengths at longer subject distances, which reduce background blur.

To compare the FOV and background blur of lenses for different sensor sizes, convert values to "full-frame equivalents" by multiplying both the focal length and aperture by the crop factor. (This is equivalent to multiplying by crop-factor/crop-factor = 1.) For example, a 35/1.4 lens used on an APS-C camera will look like it was taken with a 52.5/2.1 lens on a full frame camera (35*1.5 / 1.4*1.5).

This calculation can be applied regardless of sensor format because the crop factors cancel out. This can be used to determine the effects of different settings on zoom lenses.

From these results, we can see that much more blur is produced by zooming in, despite the smaller aperture. The usual APS-C kit lens would produce more blur than the RX100. However, even "slow" primes can produce much more background blur than many variable aperture zooms.

The diameter of the "blur disk" in the focus plane is the same as that of the "entrance pupil", the visible (rather than actual) aperture opening (f/a where f is the actual focal length and a the aperture number). How big is the visible aperture opening on a smartphone in relation to facial features? This should give you a clue about the "creamy bokeh" of your phone camera being an artificial thing. It does depth estimation, potentially by using a second camera, and then computationally (rather than optically) blurs the results.

Significant amounts of bokeh (if we are not talking insect photography) usually require a comparatively large "f" and smartphones don't have a lot of place for that. And while periscoping arrangements are now coming up, you still need that large visible entrance pupil: raising f does not buy you a lot when you have to raise a as well.

So if you have smaller sensor cameras show good bokeh at non-minuscule objects, it usually is because they are working in the tele range. 1" cameras give good background separation for birds, APS-C works for separating portraits or cats, but for a bridal pair you want a full-frame.

So it is rather likely that your expectations of bokeh that a phone camera tricks into being by mostly computational means will not be well-matched by actually pretty good cameras doing the same feat only optically.

So I would strongly recommend to look at example images of the kind of subject you are thinking about and probably rent some cameras over weekends to get a good feel for what you would be satisfied with.

The good news for optically achieved results, of course, is that they hold up well to scrutiny when zooming in. There are also some subtle differences because the optical version "looks around" objects.

Here is one example for background bokeh (smallish subjects, so an APS-C camera can work to some degree): 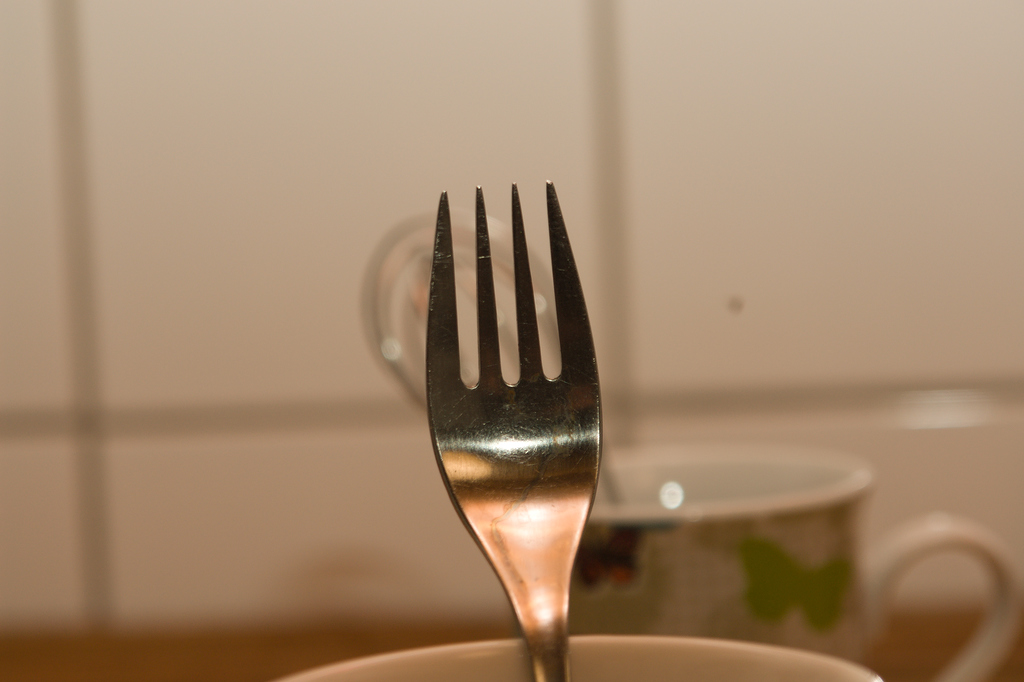 You can see specular highlight circles on the whisk even when the center of the circle around which the highlight is placed clearly is obscured by the fork.

Focusing on the whisk gives foreground blur, another thing you cannot do computationally from a single image: you can see the complete whisk through the fork's tines' upper parts. 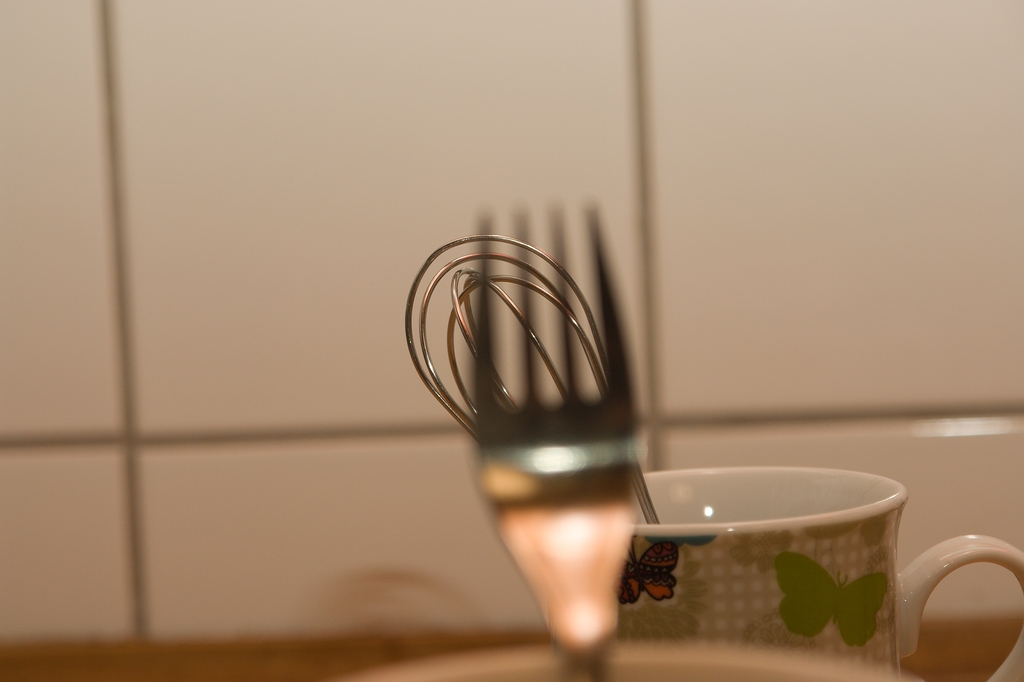 Now of course the question is how much of the value of bokeh lies in its aesthetic qualities and how much in its authentic qualities. This may very well make a difference in whether achieving your goals in a straightforward optical manner (that is less flexible in just how much you can mess with the results at least regarding the initial impression) will be worth the effort for you.

Not the answer you're looking for? Browse other questions tagged aperture sensor bokeh or ask your own question.