Were "shutter speeds" for cameras really in the hours back in the day?

I can't find any mention of it here, but once I read in a printed comic book, where there was a page of "weird facts", that in the beginning of photography, people had to stand for literally hours, as if somebody was painting a painting of them, for the camera to take the photo.

Is this utter nonsense? If this was ever the case, why on Earth was that ever necessary? I've gone through my entire life assuming that this was the case, but maybe it was one of the "fake facts" which tried to trick the reader. (Yes, they had at least one such every week until they stopped having those pages.)

The claim is 'half true'.
Very early photographs did take hours of exposure, but by the time the first portraits were being taken, that was down to 15 minutes or so. A long time to be sitting still, of course, but the sitters were aided in the same way as for painted portraiture, they had head- & arm-rests to enable them to hold a pose for this amount of time.

If you look at very early photographs, the streets appear to be empty. [This used to be an easy 'art history' thing to Google. Since lockdown… not so much.]

I found this about Daguerre's early work, claiming the example photo was an exposure of 10 - 15 minutes - but that was after Daguerre had improved on earlier techniques.
Lower left in the picture, you can see the first ever image of a human in a photo - chap having his shoes shined managed to stay in roughly the same place for the duration of the exposure. 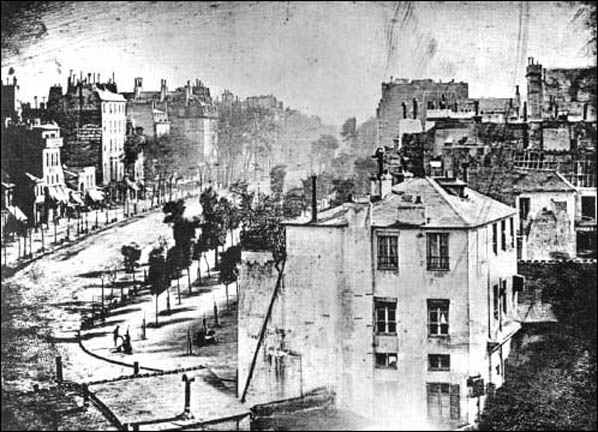 Joseph Nicephore Niépce is acknowledged to have taken the first ever surviving photograph, the exposure time of which is claimed to be about 8 hours. 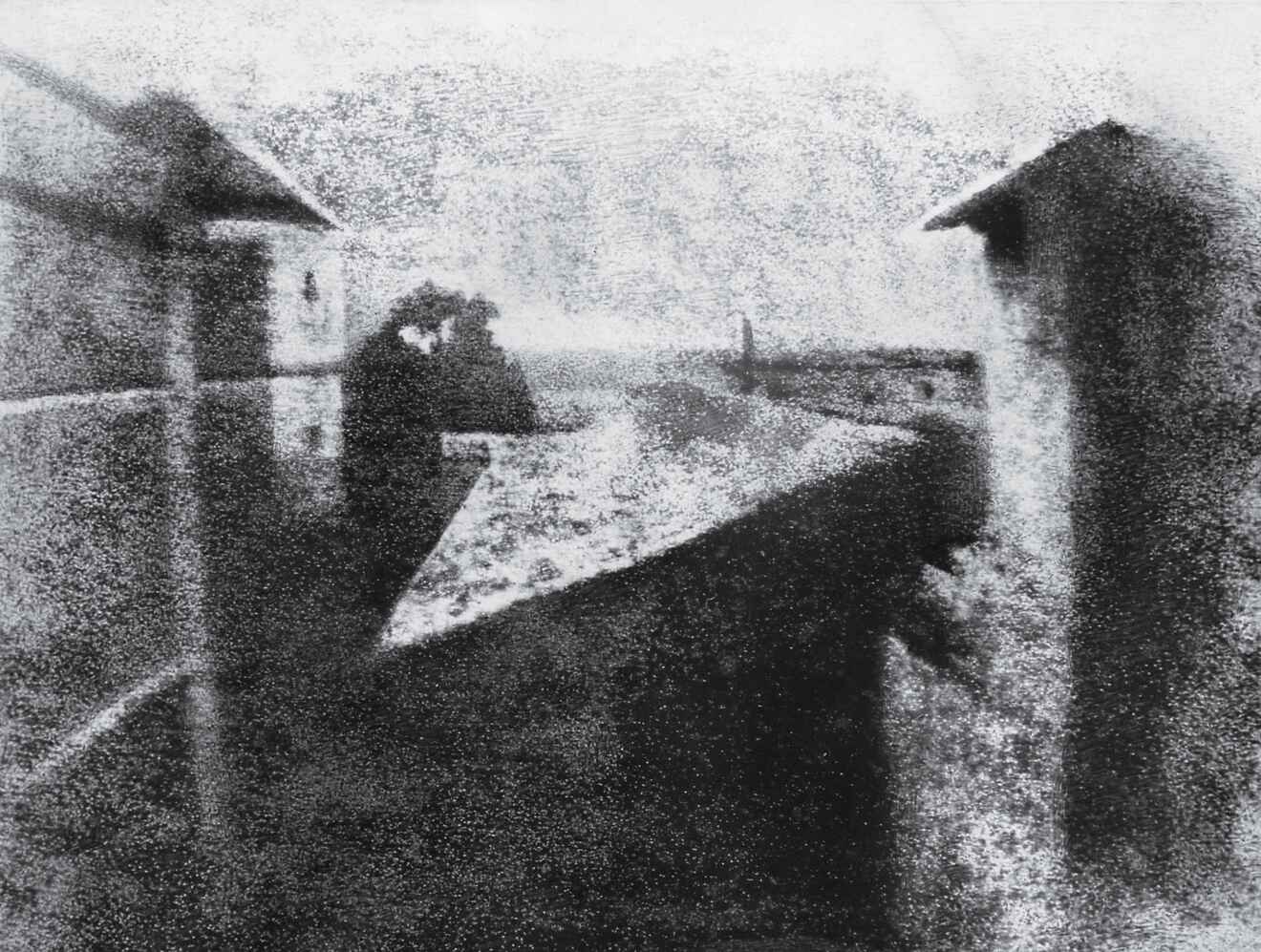 Robert Cornelius supposedly took the first portrait photograph in America, a self protrait. According to his Wikipedia article: "Cornelius's image—which required him to sit motionless for 10 to 15 minutes—is the oldest known intentional photographic portrait of a human made in America, preceded by at least some months by portraits taken by Hippolyte Bayard in France."

The PetaPixel article The First Portrait Photograph Ever Made talks about the same event, but with different numbers. It quotes The Daily with: "After removing the lens cap, he sprinted into the frame, where he sat for more than a minute before covering up the lens."

The article TURNING POINT INVENTIONS: THE CAMERA mentions that early daguerreotype portraits took fifteen minutes. Later, due to technological advances, that time was cut down to about half a minute. Special head rests were used to keep the subject steady.

In short, people had to sit still for minutes, not hours.

This fact is true. And the reason is the light sensitivity of "film". Think about ISO 3 (or probably even less). Also fact about aperture which these days was to so small, probably around f11 (because of the quality of the glass). And the light in studios was no so powerful as contemporary one.

Hours, no, but several minutes, yes. Photographers would use "posing stands" to help people keep their position: 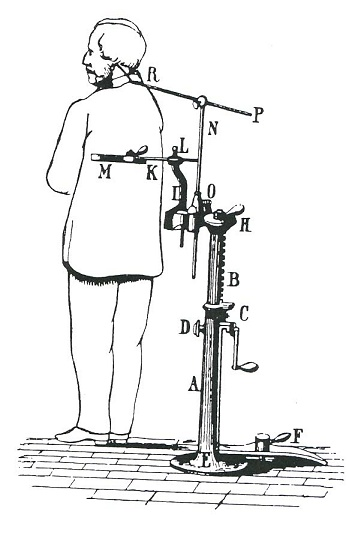 Not the answer you're looking for? Browse other questions tagged old-lenses camera-basics history old-cameras old-prints or ask your own question.

11
What are the best methods for cleaning really dirty lens elements?
11
How do I use the different shutter speeds my camera offers?
16
Where does the ¹/shutter speed = focal length rule for hand shake come from?
3
Where do I find replacement parts for Agfa Billy Record cameras, from the 30s and 40s?