A more "professional" contrast curve than y = a*x + b?

What curves do photographers use when modifying the contrast of their photographic images?

The simple equation y = a*x + b is sometimes with a as "contrast" and b as "brightness", but that's not what's happening here. So I'd like to as if anyone has seen an expression for a more "professional" contrast curve, that's written in the form of an equation.

Wile many photographers either use what a program provides with sliders or they manipulate the contrast curve by grabbing on to points and moving it around, I was wondering if there are some standard way of generating a set of smooth curves to change the contrast photos.

What curves do photographers use when modifying the contrast of their photographic images?¹

The vast majority don't do their own curves programmatically, which seems to be what you are seeking.

Instead, most start with a "canned" default curve, such as your example of y = a*x + b, applied by their chosen raw processing application, and then either use the "shadows", "highlights", "black point", "white point" sliders provided by various application and/or they draw their own curves freehand with a "curves" tool.

It may be fairly pedestrian, or it could wind up looking fairly radical. They may apply the same curve to all three color channels, or they may apply different curves to each color channel. In each case, it's usually a fairly specific custom curve created for the contents of a specific image and how various tonal values (brightnesses) are distributed within that image or within a group of very similar images shot of the same scene under the same lighting conditions.

Here's an example of a tone curve tool in Adobe After Effects that has a moderately modified curve applied to all channels (the gray line) and separate curves drawn for the red, green, and blue channels. 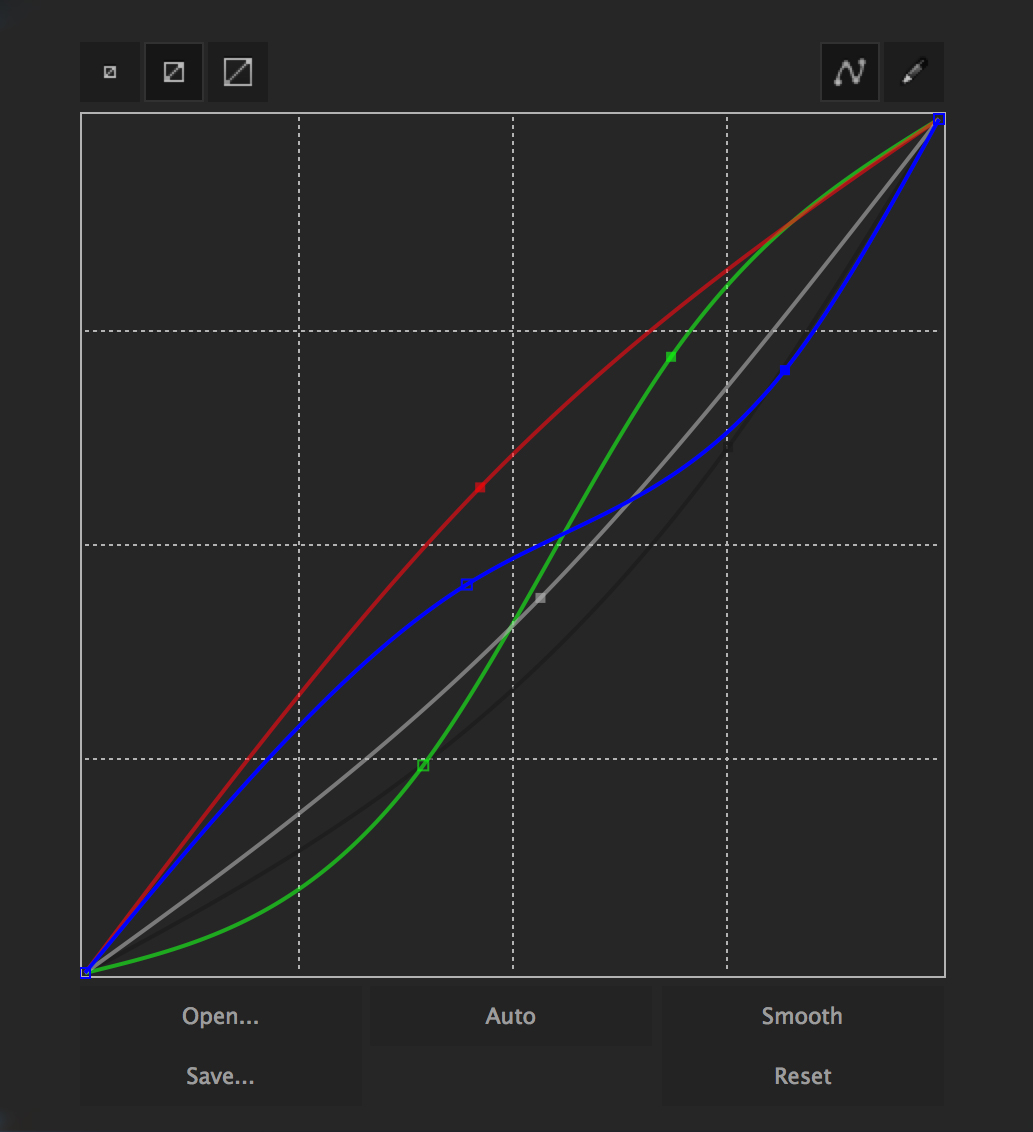 It's from this tutorial titled: A Beginner’s Guide to Curves for Color Correction. Though the tutorial is more video centric, the concept applies to stills and video equally.

Here's a really radical curve drawn for the purpose of just showing what can be done with "fixed point" curve tools. 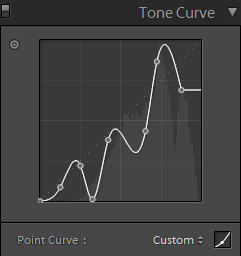 There's also a good 'Photoshop Curves' tutorial at Cambridge in Colour that shows how the curves tool can be used with images that have a "gap" in the middle of the histogram:

If the gaps occur in between tonal peaks, then a unique ability with curves is that it can decrease contrast in these unused tones — thereby freeing up contrast to be spent on tones which are actually present in the image. 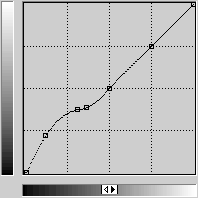 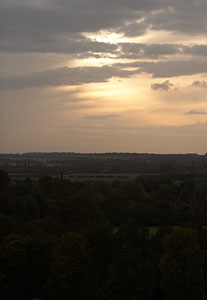 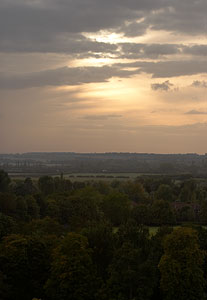 One can also use an HSL/HSV/HSB (Hue-Saturation-Luminance/Value/Brightness) tool to further adjust hue, saturation, and luminance of each of about eight different color bands. This has a similar effect of a single point curve for that specific range of colors within each band.

So while many photographers either use what a program provides with sliders or they manipulate the contrast curve by grabbing on to points and moving it around, my way of interfacing with technology is different and I'm more comfortable with mathematics and with manipulating the images in a more hands-on way. I can try variations with different expressions or different coefficients and see their impact on the final image in real time. But I'd like a tried-and-true contrast curve-generating equation to start with, so I'm asking for help finding one.

I'm not aware of any professional photographers who take such an approach to which I can point you. I've certainly never seen any tutorials to that effect.

¹ I edited this phrase into the question based upon this comment made by the OP the comments beneath the question: "The question I want to ask is what curves photographers use when modifying the contrast of their photographic images and I think that's exactly what the question currently asks. I don't think it was clear at all that you were asking this, because the vast majority of professional photographers don't programmatically apply curves using mathematical formulae, unless you consider drawing a custom curve by hand and/or using sliders and then saving that custom curve in order to apply it to other, similar images.

Not the answer you're looking for? Browse other questions tagged software image-processing contrast or ask your own question.

20
What is "micro contrast" and how is it different from regular contrast?
6
Object size discrepancy in image (Round object occupies more pixels than it should)
3
Does contrast affect dynamic range?
2
What is difference between tonal contrast and just contrast?
0
Why gamma curve is applied in cameras?
3
Can I tell which photo has more contrast from their histograms?
5
Does opening the aperture improve color contrast? (Open aperture producing more punchy colors / closed aperture more dull colors?)
2
How to handle the tone curve (linear/medium/high contrast) and the other development settings?
13
Is there any proof that high saturation and contrast makes a picture more appealing in social media?
1
Contrast vs sharpening?