I was told that prime lenses with low element counts have the potential to produce better colors and greater contrast than lenses with many many elements inside. I was told primes mostly 'render' better than zooms. Since even optical glass is not 100% transparent this sounds comprehensible to me but I really try to find an example to visualize that.

I took two images - one with a prime lens with 5 elements and one with a zoom lens with 19 elements at the same focal length and aperture. Same settings - same camera. Both images are untouched. Can you tell a difference in rendition, color saturation, contrast or micro contrast? (Im not looking for a comparison in sharpness or which lens is better). Of course there is a noticeable difference, but can you tell which is which? 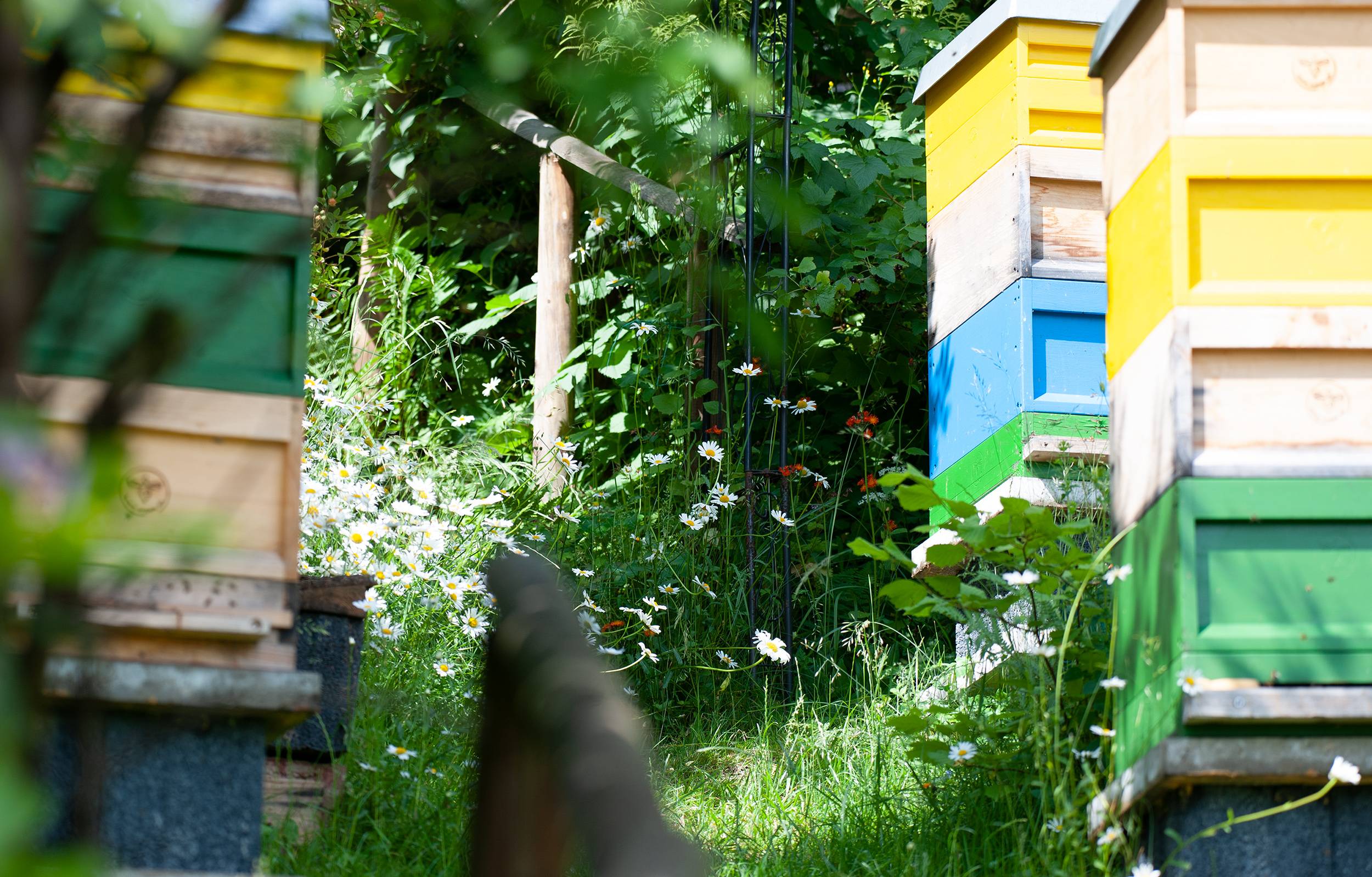 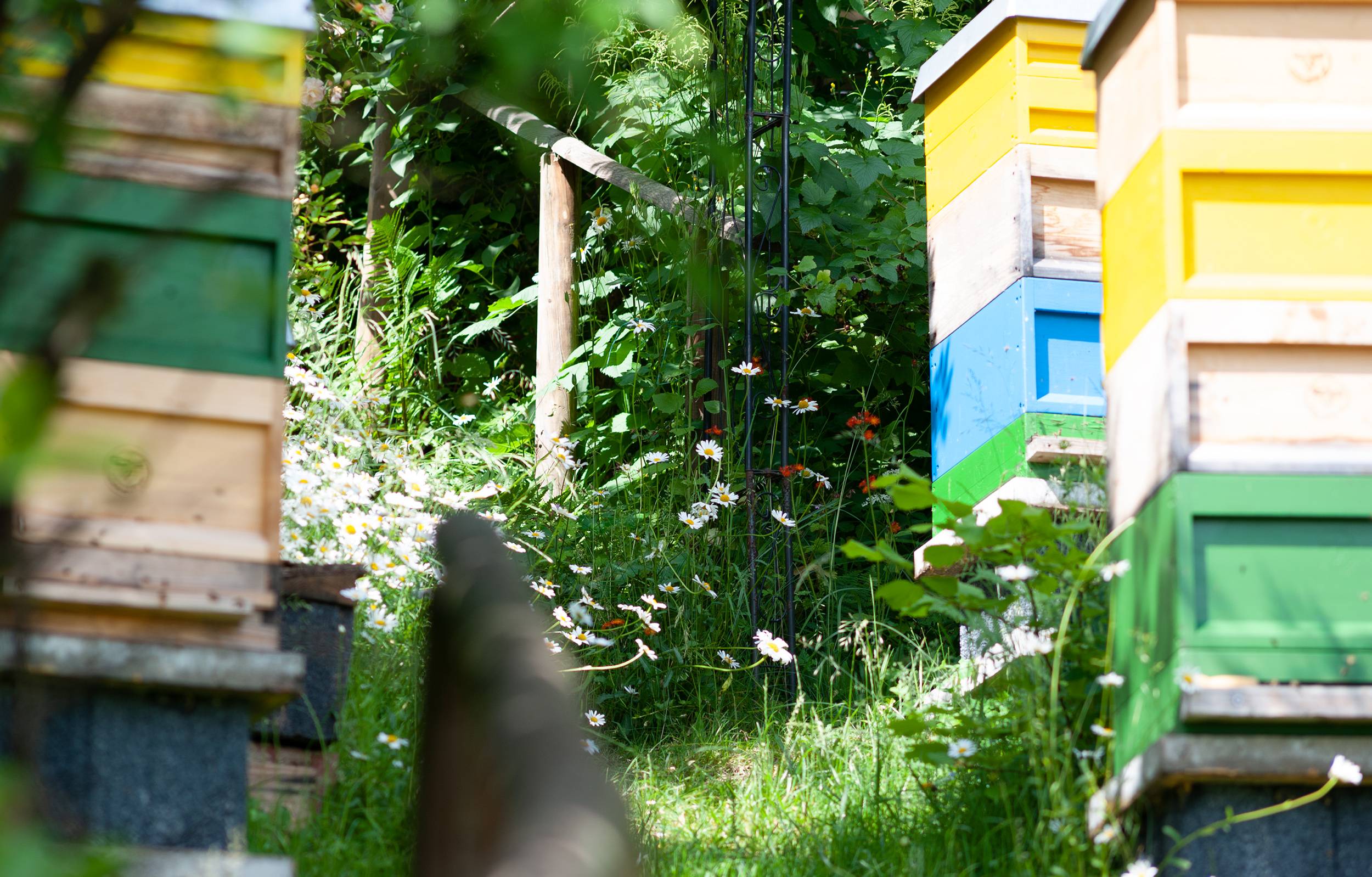 Im going to add the information which image is which after I got some comments or answers. I want you to choose and tell me the difference. Maybe you can give an even better exmaple. Im really interested in the results.

Here is a side by side comparison of detail (A is on the left and B is on the right): 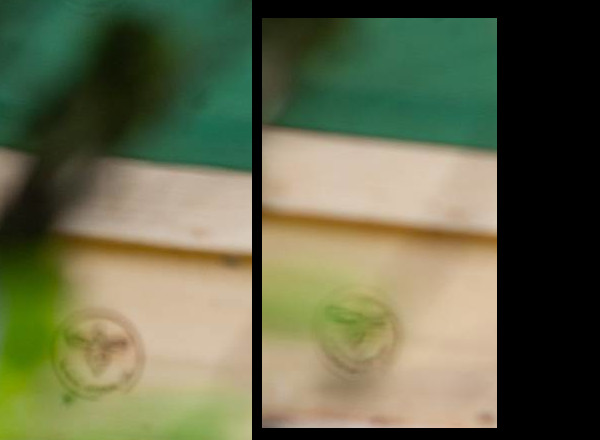 Image A certainly seems to have greater contrast and dynamic range compared to B, which appears to be more washed out and have less detail. In B the difference between the brighter areas and darker areas is less than in A.

So, based on that, I would guess A is the prime.

Note that the insignia in B is sharper, but that appears to be due to motion/vibration or maybe a slightly different focus. The insignia in A looks doubled, so it might be because the camera moved slightly during the exposure.

It is hard to judge vignetting in an image like this. If you take a picture of consistent field, like a blue sky, it will be more obvious if there is vignetting.

I'd say that regarding contrast/saturation and sharpness, the first image appears to be in front, but of course slight differences in cloudiness and autofocus can also cause different results. And also, of course, lens quality differences have a lot more possible causes than zoom/prime.

Not the answer you're looking for? Browse other questions tagged color zoom prime contrast or ask your own question.

20
Fast prime vs. expensive zoom for indoor sports photograhy?
19
If I have a 18-55mm lens, is there a point in buying a 35mm prime lens?
5
Are prime lenses sharper than normal or telephoto zoom lenses?
2
Am I correct that photos from the 16-50 lens won't be much better than cropping photos from the 35mm prime?
1
What are the pros and cons of constant-aperture zoom lenses, for a relative beginner?
7
Any tricks to escape the zoom lens trap?
3
Zoom or Prime Lens(es) for Wildlife Photography on Limited Budget (Nikon D500)
5
How can I get more magnification when shooting wading birds?