Why is the image plane at Z = f in pinhole camera models?

Can someone show me the mathematical interpretation of why the image plane is at Z = f in the pinhole camera model? 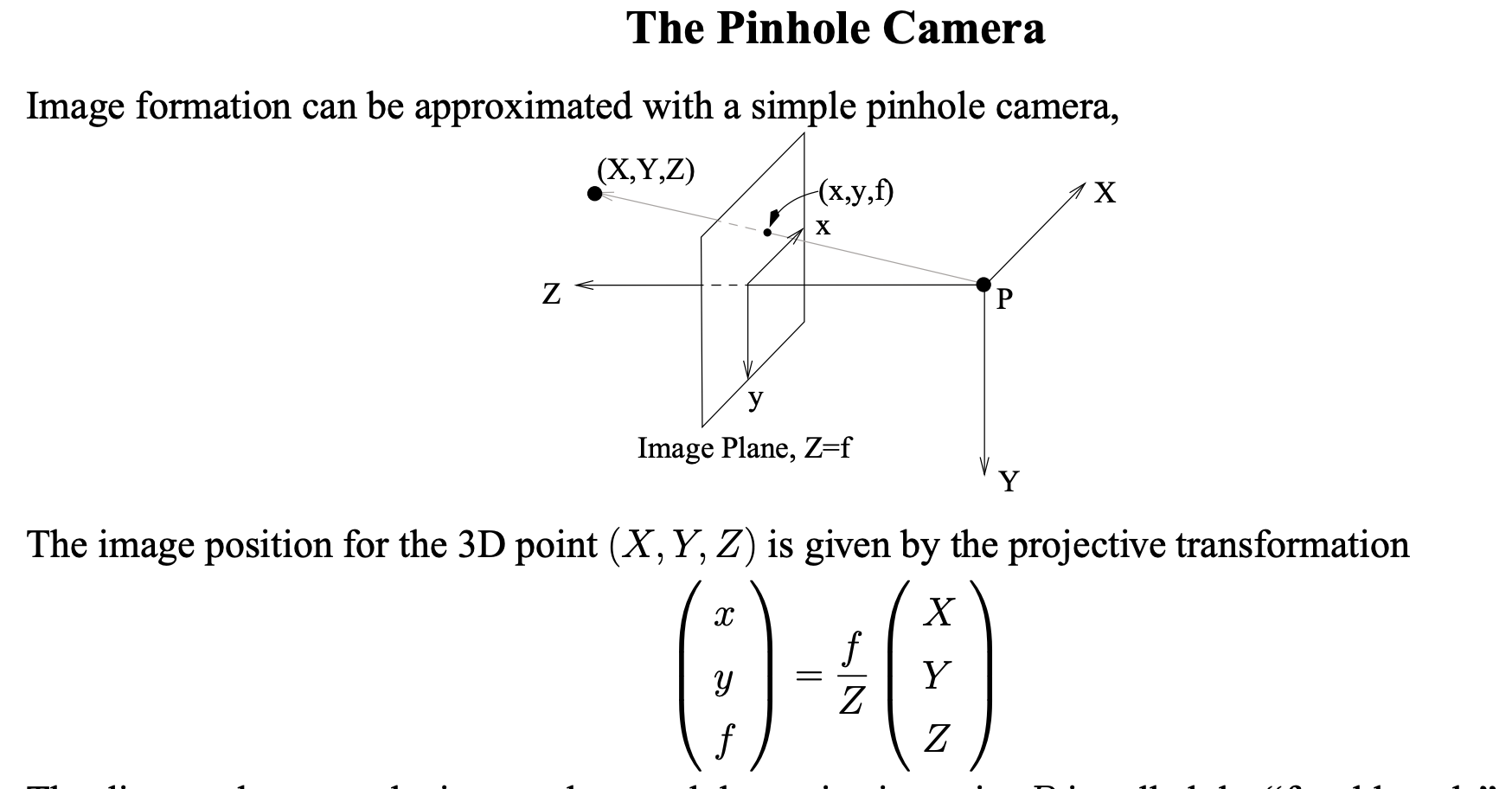 I found a possibly useful formula in Wikipedia, as shown in the figure below: 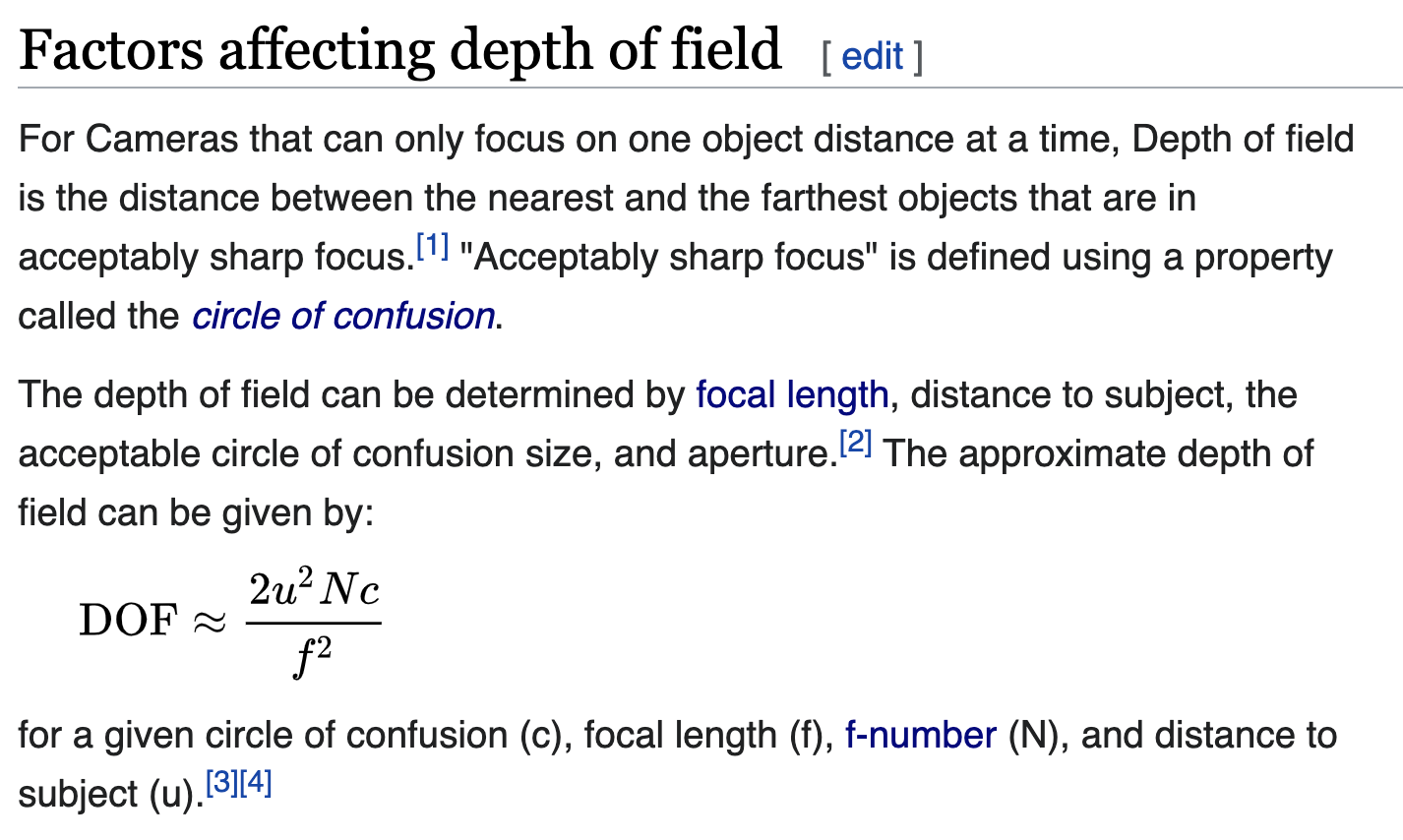 In the "ideal" pinhole camera (pinhole infinitely small), everything is always in focus, because point source of light in the universe outside the camera, the pinhole and the corresponding image point on the film/sensor/back are colinear. In other words there is a single path for light rays between the source and the image, so there is no need for different paths to converge on a single point like you have with a lens.

Don't confuse formulas meant to be used with refractive optics (i.e., lenses) with projection mapping functions (such as the pinhole projection model). That is, the Wikipedia formula you found has nothing to do with your question.

This is easy to understand in the degenerate case: how can a circular fisheye lens with a 180° angle of view in all directions project onto the camera's image plane, unless there is some sort of angular distortion such that the further away from the optical axis the subject is, the more the image rays are bent to project within a confined cone? That's impossible to do with a pinhole projection model. But it's not difficult with a series of concave lenses in front of the lens to bend the incoming light into the "funnel" of the lens's collection area and project it onto the camera's image plane.

It appears your first image came from a slide deck PDF (or one of it many copies online) for a senior-level undergraduate class in computer science. Unfortunately, the slide deck could have used one more very simple image to demonstrate the pinhole projection model: 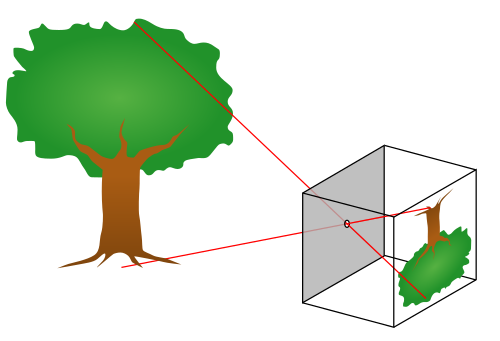 Here is easy to see the relation between the real-word subject (tree), and its image formation inside the pinhole camera. The depth of the pinhole camera is the focal length, ƒ. The two red rays, the bounding rays of the subject tree, enter the pinhole, and leave (continue towards the image plane) at the same angle. Thus, simple similar-triangle geometry describes the pinhole projection formula.

Not the answer you're looking for? Browse other questions tagged optics calculations pinhole-cameras or ask your own question.