How to use X-Rite ColorChecker with Sony a7R IV?

I purchased an X-Rite ColorChecker to attempt to get better white balance for my camera (a7R IV). My first attempt at using it has yielded wildly questionable results. Process below. All files referenced can be downloaded in the zip archive here.

Results... beyond horrible. See below (Adobe on left, new custom profile on right). What am I doing wrong? 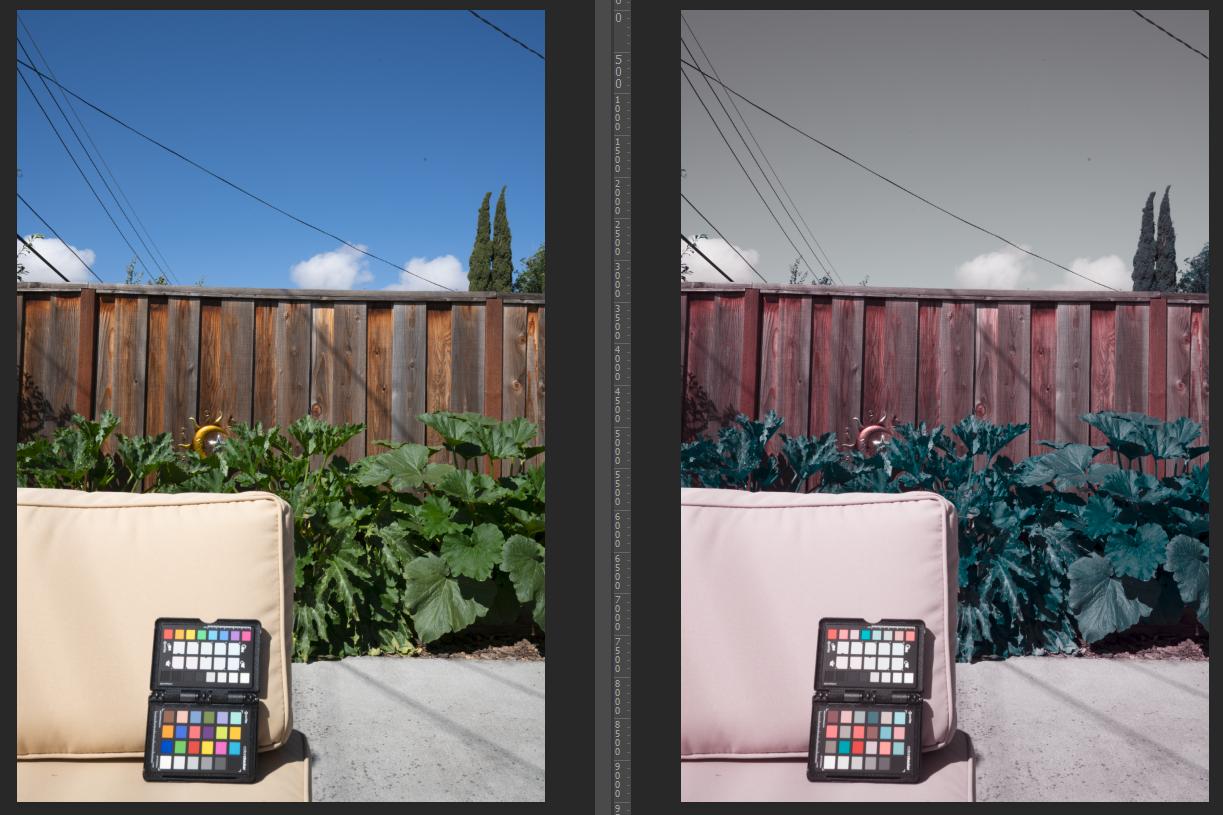 Move the crop points slightly so that the squares are better centered in the patches before creating the profile. The problem seems to be associated with the X-Rite color checker autodetection. Even though the squares visually appear to be located within the color patches, part of the border is likely being used to create the profile.

RawTherapee developers provide guidance on shooting color calibration targets to create camera profiles. Notably, do not "fill the frame as much as possible", as some here have suggested. Rather, it's better to:

Position the target so that it fills the center-third of your frame - not more, not less. The center of the frame has the best optics and lowest vignetting.

Uneven lighting is a common problem in camera profiling. The typical recommendation is to make sure you have even lighting (at least two lights if not shooting outdoors) and shoot the target small in the center (to minimize vignetting).

You can also try other software:

Here's the output from RawTherapee with the standard DCP tone curve and the following settings:

1
Which of these ND filtered images do you think is more accurate? (sample images included)

2
How to get colors right with Nikon D300?
1
How to shoot the sequence of adjusted exposures wanted for a ColorChecker?
5
Is it possible to use ColorChecker Passport with Film?
2
How often do I need to recalibrate using a ColorChecker?
2
How to use a Xrite Colorchecker on a specific image to get the right colors?
1
I made a profile with Colorchecker Camera Calibration software. How to import the .icm file for use in Camera Raw?
1
Which of these ND filtered images do you think is more accurate? (sample images included)
1
Where can I find color data for X-Rite ColorChecker Classic?
3
Can't get the right colors when shooting art. Looks pale even with ColorChecker Passport