Distant objects not in focus

This is almost certainly my fault, not the camera. I mostly shoot landscapes with myself in the foreground via a small tripod: 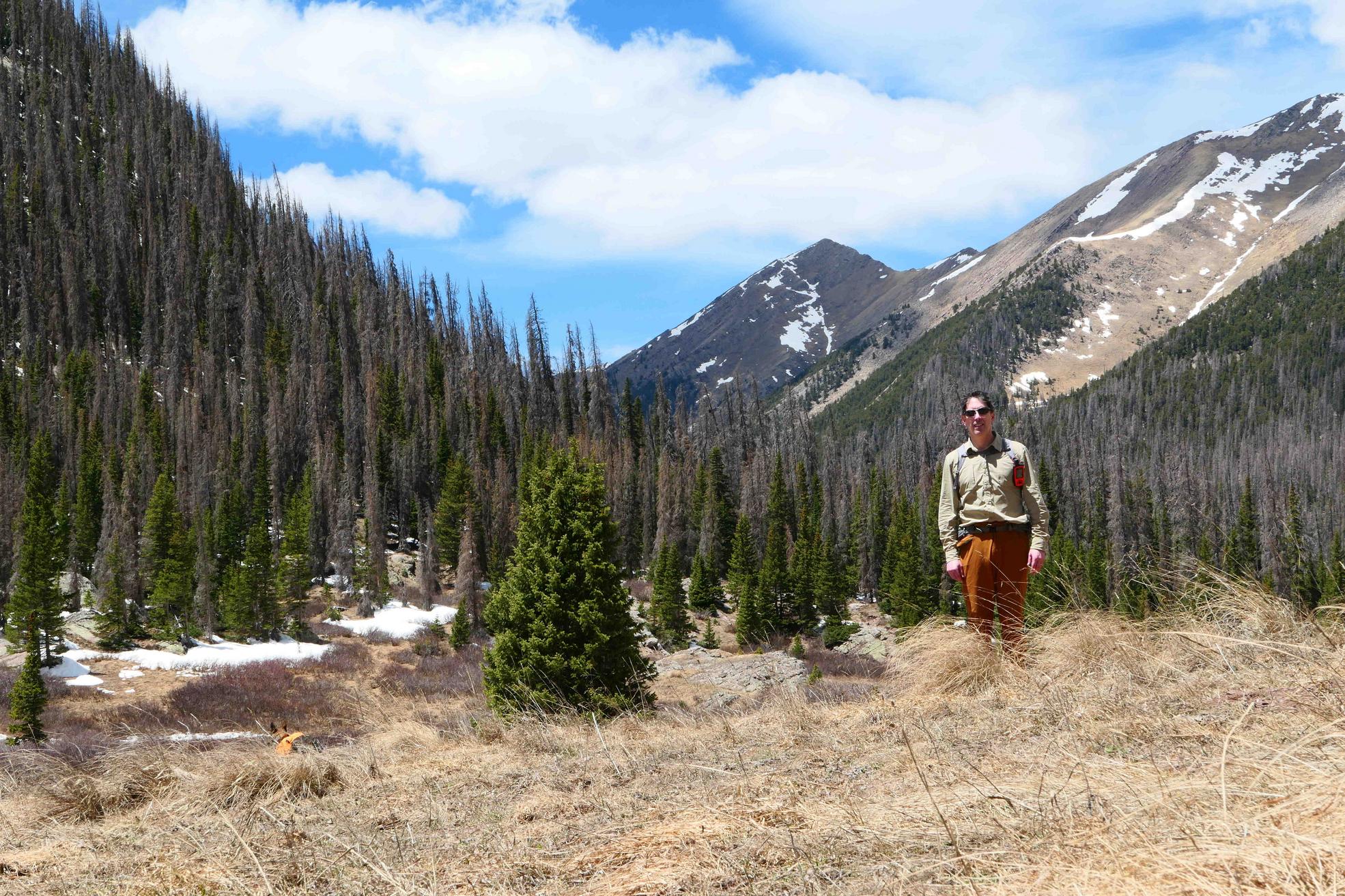 My former camera was a Sony A5000 and for these kinds of shots (see below) most of the image was in focus. That camera broke and this season I replaced it with a Lumix DMC-LX10, which was used to take the photo above. The distant mountains are not really sharp. I have used the "Intelligent Auto+" setting along with manually setting the aperture to f/8 or f/11 (which is the max for this camera). 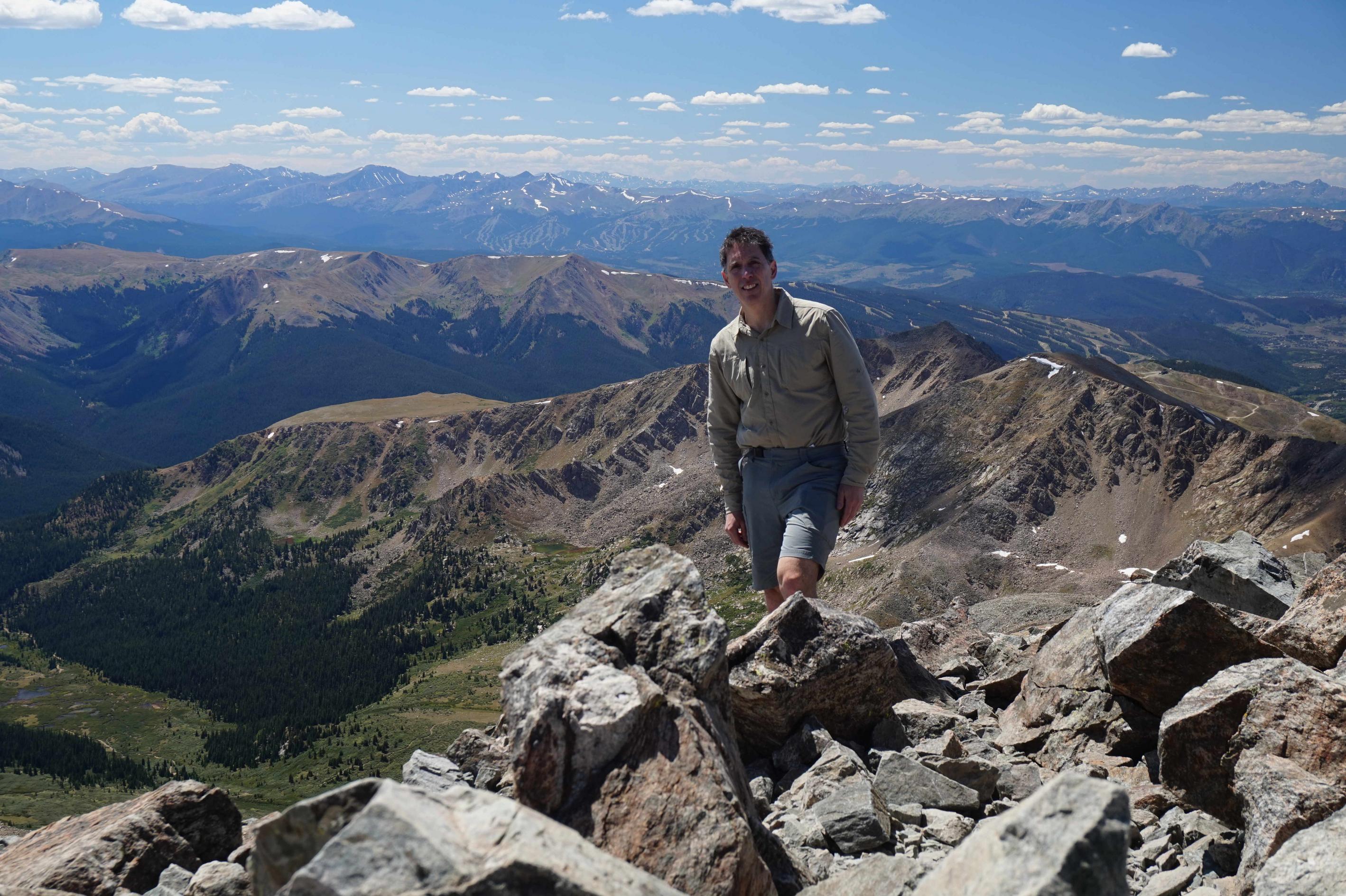 Thank you for any suggestions.

Since both cameras have the same number of pixels, the Panasonic has photosites (a/k/a sensels or pixel wells) that are considerably smaller than the Sony. The Sony's pixel pitch is 1.75X larger than the Panasonic's. This affects the final image in several ways.

All of these factors interact to limit a camera with a smaller sensor and smaller pixels and a lesser lens to lower maximum sharpness than a camera with a larger sensor, larger pixels, and a better lens can achieve.

In the specific cases of your two example photos, it seems the LX-10 shot is focused a little bit in front of you, while the α5000 shot is focused just a tad behind you. It also looks like atmospheric and surface conditions (temperature variations that cause atmospheric "waviness" during warmer weather, haze from moisture and particulate matter in the air, and although it is hard to tell for certain, the distant peaks in the α5000 shot appear to be bare rock while the peak in the LX-10 shot is covered in trees) might have also affected the comparative results.

With its small sensor your camera is diffraction-limited so the smaller apertures, while they give the best DoF, don't give the sharpest results.

I note that the tall grass in the foreground is sharp, so it could have folled the "Intelligent Auto+" focus.

And there could be a bit of atmospheric haze...

If we are taking a look at the image on the wide end (8.8mm) and are supposing that you appear sharp in your image as its most relevant and interesting part, the background will get blurring commensurate with 8.8mm/a (with a the aperture number) with respect to your focus plane. So with F8, the background blur will have the same diameter in the picture as a 1mm pimple on your nose.

If you focus double as far as you are actually standing, your nose will get 0.5mm of blurring (where it formerly got none) while the background blur shrinks to half of what it was before.

This halving of background blur (it's actually halving the diameter, not the area, so it is comparatively significant) would otherwise require a doubling of aperture number, getting you into diffraction area easily.

So if you can sacrifice some pimples for the background, consider a bit of backfocusing. And totally avoid focusing on something even before you: that adds to the background blur.

Not the answer you're looking for? Browse other questions tagged focus landscape focus-point-selection or ask your own question.

7
Does sensor size impact the diffraction limit of a lens?
4
Why is FF sharper than crop body for the same framing of the same object?

0
Auto focus vs Single Continuous/Point focus
0
How do I work around a problem where my lens won't focus on distant objects?
11
How to photograph distant objects (10km)?
2
How can I effectively use the focus points (of Canon DSLR), to get accurate focus on a small subject?
1
How to focus on more objects at the same time while maintaining shallow DOF?
3
Is recomposing ideal rather than changing focus point?
1
What could cause the focus to be off in some images and not others?
8
Seeing behind objects