My camera is a Pentax ME with automatic exposure controls and manual focus. My most recent developed photos contained many of the artifacts that the image here depicts ( a "ripple" effect on the border of the photo ).

What could be causing this ?

I really am not sure and would love some feedback. 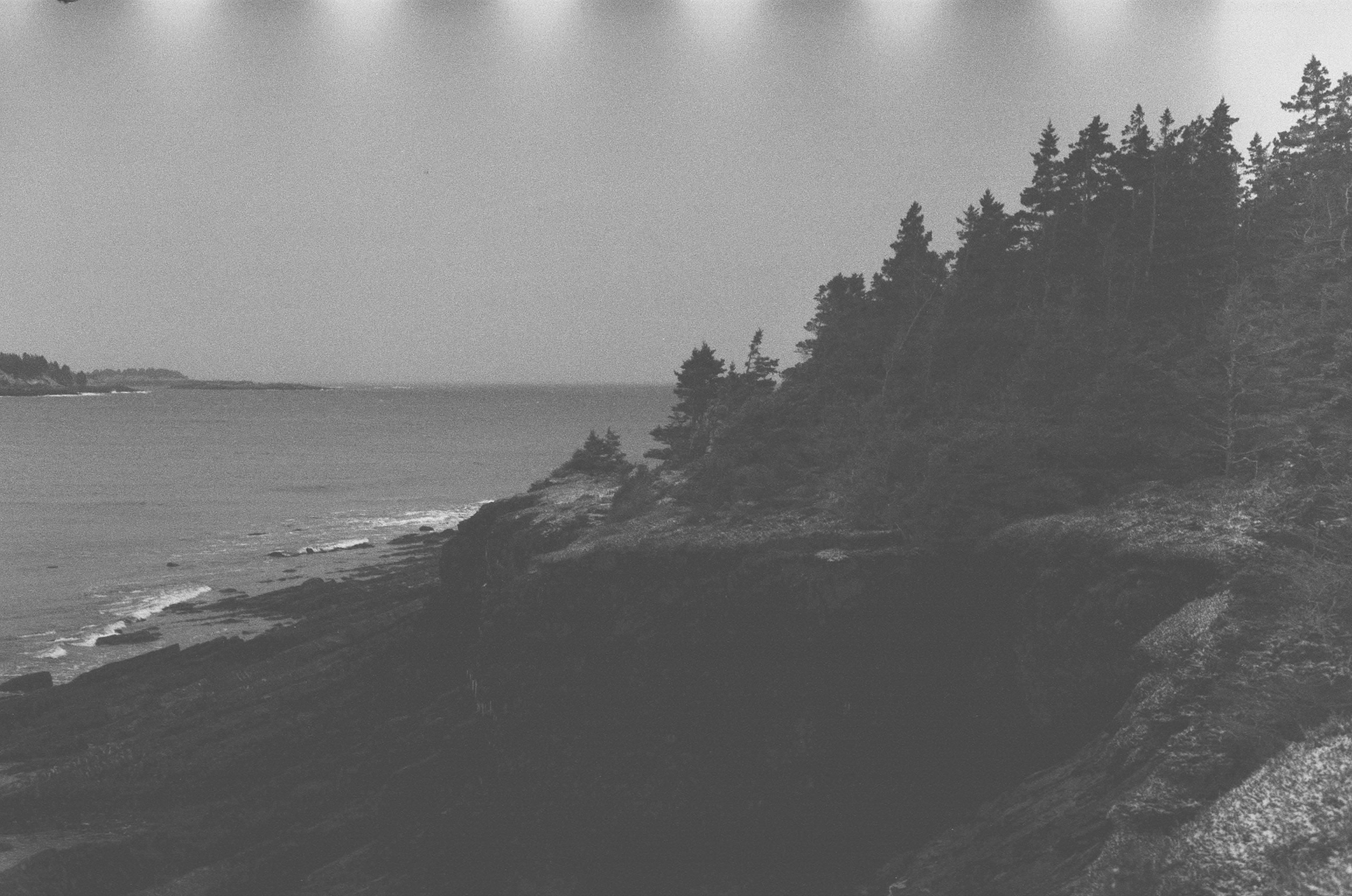 There are three likely causes of this kind of mark on the film.

First, bromide drag from insufficient agitation. Second, surge marks from excessive agitation. Neither one is very likely for film developed by a commercial lab, though they're certainly a possibility.

The third possibility is a light leak -- not in the camera, but in the cassette, specifically at the time of processing. If you wound the leader all the way into the cassette when you unloaded the film, the lab would have used a leader retriever to get it back out (they don't pop the tops on cassettes, generally, but rather pull the film out the same way your camera would). Most leader retrievers are thicker than the film, so they wedge the cassette's felt light seal open and can let light in.

This usually doesn't matter, because the film is reasonably opaque due to the antihalation layer, and the loading leader is generally long enough to wrap over and protect the rest of the film. The exception to this protection is at the sprocket holes; a ham-handed leader retrieval can let enough light into the cassette to expose through the sprocket holes two or three layers deep, and if you load your camera carefully and shoot on frame 0, you might actually see the light from retrieving the leader where it leaks through the sprockets to affect actual image.

Note that this explanation is only valid if you see the marks only on a couple frames at the beginning of the roll (edge marking frame numbers 00, 0, 1, 2 or so). If they're present on all the negatives, you're back to either surge marks or bromide drag, or just remotely possible, a light leak in the processing equipment (even some commercial labs process black and white in inversion type tanks; more in Jobo style automatic processing machines that use daylight tanks).

Per the processing lab, the film was done with a "dip and dunk machine" -- these generally hang the film from a clip with a weight at the bottom and agitate by lifting and lowering; if there were surge marks or bromide drag in such a machine process, the marks would run parallel to the length of the film. Further, film for such a process is usually removed from the cassette inside the machine's dark volume (typically a small room), and a light leak in that environment wouldn't produce sprocket fogging.

There are dip and dunk systems that have film on steel reels stacked on a lifting rod; those could potentially produce surge marks or on-reel light strikes, because they have to be unloaded from the cassette and run onto the reel by a human, usually in a glove box attached to the machine. Putting arms in and out of the gloves while the film is open could produce a limited light strike, and if the film is rolled on to the reel already, sprocket marks could result, though I wouldn't expect exactly this -- there should be general fog on at least some frames (usually near the end of the roll, as that's on the outside of the reel -- unless the film was only partially loaded when this occurred).

This type of machine could also produce development related marks that run across the film, like these, but should do so on the entire roll if it's going to, as well as on other rolls processed at the same time.

That pretty much leaves a light leak while inside the cassette as the only likely cause. Leader retrieval is still on the table, but it's also possible this could have occurred if the film was loaded into the camera in bright, direct light, or unloaded with the leader out, in bright, directly light -- or a momentary leak from the camera's back hinge that affected only film already out of the cassette, except that would have produced overall fogging on at least a couple frames directly at the leak.

Not the answer you're looking for? Browse other questions tagged film 35mm artifacts pentax ilford or ask your own question.

6
Why does blue sky gets rendered as black in black and white film photos?
3
Why is analog black&white film slightly violet?
0
What could cause these tonal artifacts on each frame of this panorama?
3
Shooting black and white on a color film
3
Why did my 35mm film turn out white?
7
How do different developing fluids affect black and white film?
2
Noise reduction with 35mm scanned negative film
12
Two films in a tank, only one comes out with a development error – why?
2
What causes "noise" in a low ISO 35mm film?
8
Should I shoot color or black and white 35mm film to learn photography fundamentals?