Ask Question
Asked 4 months ago
Active 4 months ago
Viewed 103 times
0
Closed. This question needs details or clarity. It is not currently accepting answers.

To take better food photos, should I buy another lens for my canon 550D 18-55mm? Or is this camera "too old" already and I should simply get a new camera? OR maybe just a new phone that has good camera...(my friend has the latest iphone, and it takes a sharper picture than my 550d..)

Though I mainly agree with Juhist's answer I feel there is an alternative, with far less outlay.
(Though we would still like to see some specific images with some specific, named issues)

If your issue is lighting, making focus &/or camera shake an issue, then why fix it with faster lenses for several hundred dollars, when you could fix it with… lighting.

If you Google 'beginner's lighting kit' you will find a) tutorials on how to use this stuff & b) very simple lighting kits such as this for about $£€ 70 [no specific maker recommendation, these things come with a dozen different names on the side, all essentially the same thing] 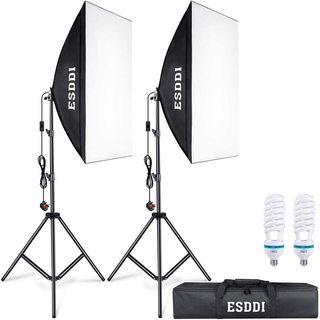 It's cheap, it's cheerful, it's more than enough to get you started.

By the time you know what your next lens is for, then is time to look for it. If you don't know why you need it, you don't need it yet.

Food is non-moving. You only need one (or at most few) shots. You can usually fill the frame with the subject so 18 Mpix is plenty. Thus, food photography is about the easiest photography to do when considering camera features.

One of the benefits of many 18-55mm lenses and crop cameras is that they achieve quite acceptable macro distances. Not good enough for insects, but definitely good enough for food.

However, if you shoot your food indoors, you will find that the indoor lighting is very dim. It's darker indoors than what you think. Thus, your shots can end up being shaken if shot without image stabilization at the dim apertures of the 18-55mm zoom lens.

Thus, if you find your shots are shaken, and if your 18-55mm is not a stabilized lens, replace the old 18-55mm lens with an image-stabilized 18-55mm lens. I suggest going for either (1, 2) of the STM versions of the lens; it's much better value because it can shoot video without autofocus ruining the audio track. It also doesn't sound like a child's toy when focusing, which is a plus. The older of the STM lenses has better maximum magnification, so for food shots I would prefer the old f/3.5-5.6 STM over the new f/4-5.6 STM.

If you want to achieve shallow depth of field effects for your food shots, add the 50mm f/1.8 STM lens to your kit. Its improved close focusing distance over the old 50mm f/1.8 II lens allows easier food shots.

Your camera is not too old. Its resolution is good enough. Its low-light performance may be slightly dated, but not too much. Buying a better camera can be a step backwards, as e.g. a full-frame camera is worse to take photos of close subjects due to its large sensor, and full-frame camera does not usually accept crop lenses (or if it does, with a reduced resolution) so you need new lenses too -- the best zoom lenses tend to have slightly worse minimum focus distance than the cheap EF-S 18-55mm lenses.

The easiest way to improve colors and contrast of any photographs taken is to use a lens hood. Fortunately, the EF-S 18-55mm lenses accept an EW-63C petal hood. The 50mm lens accepts a slightly worse ES-68 circular hood. Be sure to buy both of them if you find your colors and contrast lacking.

Once you have the most suitable lenses and hoods for them, if you want to improve your photographs even more than the lenses can help, shoot RAW and download Canon's Digital Photo Professional. Use the Digital Lens Optimizer feature and learn how to correct the exposure and set other settings.

There's a third way, too. Stabilize the camera by using a tripod. Then camera shake can be completely eliminated with no need for image stabilization.

There are tripods of many sizes. Some are large enough so that their legs reach the ground. There are also smaller tripods that are intended for used by placing them on a table. If photographing food not at your home, you might prefer a smaller tripod.

You can even find one-legged "tripods" called monopods (although strictly speaking it's not a tripod because it does not have three legs). They stabilize only some of the camera shake in some directions, so you cannot improve camera stability as much as you can with a three-legged tripod. But it's easier to carry a monopod with you than it is to carry a tripod.

Not the answer you're looking for? Browse other questions tagged canon-550d or ask your own question.

29
Why are my photos not crisp?
2
Why are all indoor pictures with my camera grainy?

9
Is there a Canon equivalent of the Nikon D3100? If so, what is it?
13
Should I purchase a Tamron 70-300 USD VC or Canon 70-300 USM IS?
17
Which piece of equipment is holding me back?
12
When buying entry level cameras, are lenses really more important than the body?
5
What does it mean to get a “free upgrade” to the IS MKII lens with purchase of a Canon 550D?
5
What factors should I consider to decide if it's worth upgrading to a “pro” level DSLR?
1
Why isn't color from my Canon 550D up to my expectations?