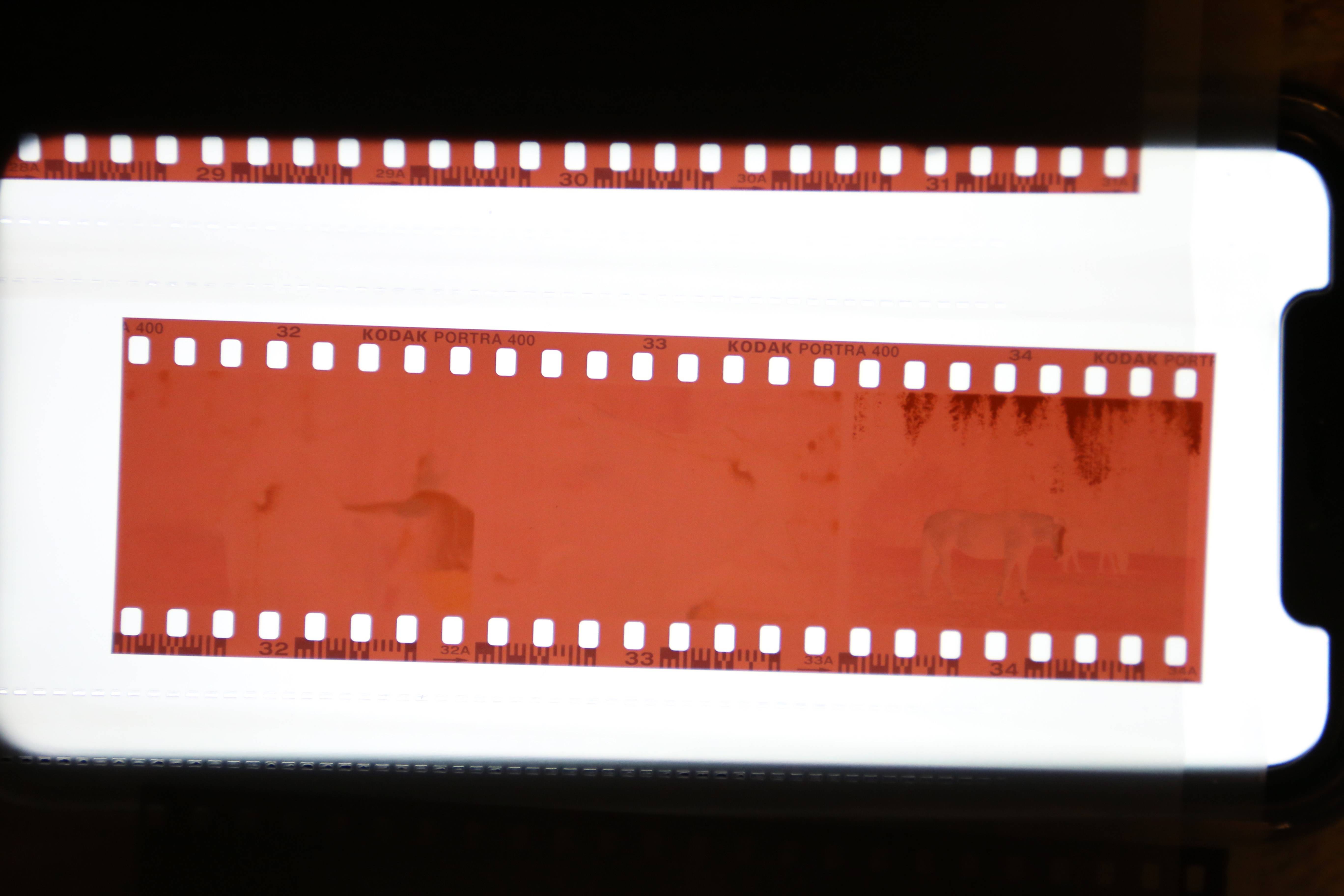 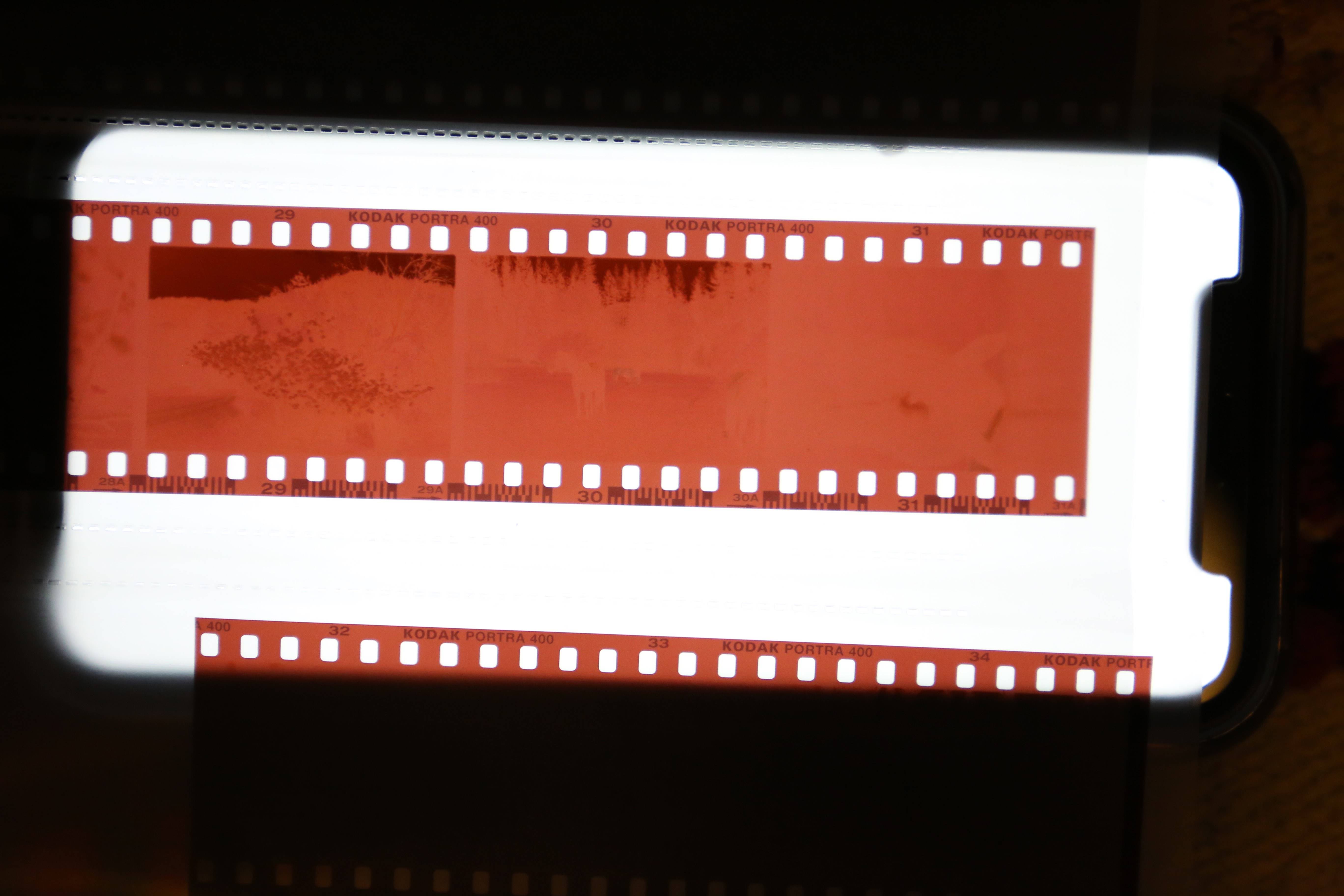 I'm hoping I could have some input on what exactly went wrong with this Portra 400 35mm roll of film. I've been shooting film for a year now and have never had a roll turn out so fogged and grainy. After doing some research, I'm not really finding answers except the possibility that the lab I used scanned them in an automatic machine and didn't add contrast/edit the photos individually. Photo 1 and 3 are examples of how nearly all of them turned out (even photos from another day)and photo 2 is one of the better ones.

I've also read that Portra 400 likes to be set at ISO 200, so maybe I'll do that next time. In regards to exposure though, I know I was setting it according to the camera's meter, but my impression is that they look very underexposed.

Thoughts? Should I have the negatives scanned again for a better result? 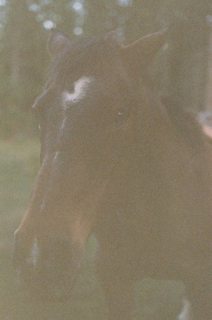 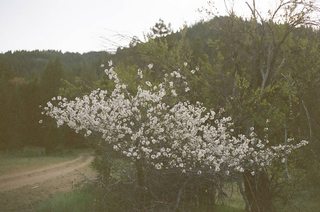 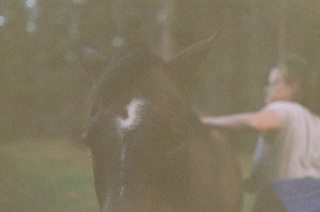 In general, Color Negative film is designed to be overexposed. Most can handle 1 stop over with no perceptible difference and things can look just fine up to +3 or +4 depending on the film. However, they can also start looking like garbage at as little as -1 under. This is why people say that it "likes to be shot at 200" - doing so forces you to be at minimum +1 - which looks just fine - and helps buffer you against underexposing.

Here's a Exposure Test that includes Portra 400. Matching it to your images shows your images appear to be way, way under.

I haven't yet received the negatives from the lab--these are the digital scans they just sent me. I shot with an old Canon AE-1, manually exposed following the camera's meter. I've never had problems with it before. Additionally, this graininess/washed-out look is on other photos taken mid-day, broad daylight. Possible dumb question: because pushing takes place during development, is it impossible for the negatives to be pushed?

Pushing/Pulling film in development is a non-standard procedure - thus, you have to ask for it to be done and will typically pay extra. If you didn't ask, then your negs were developed following standard protocols.

Hueco I've had the camera over a year and probably developed 30+ rolls from it. I've never requested it to be pushed/pulled before and I've never seen images turn out like this. Even if the pictures were extremely underexposed, shouldn't the lab's scanner have compensated and added contrast? I've purposely shot underexposed before for aesthetic or effect or whatever.. but they weren't foggy like this. When the negatives come back, I'll take a look at them.

There's no way to know on the scan - it could have been a quick auto settings batch. Maybe there's one image at the beginning that is exposed alright so the settings got locked in for the rest of the role (and if the rest are under...). Who knows? This is why you need the negs to make any sort of determination.

Let's assume, for a sec, that your images are grossly underexposed. You've got 30+ rolls under your belt with this camera, so what could be the problem?

It's either: The camera, the lens (aperture), the film, the lab, or the shooter.

So, let's do some testing:

Camera Meter Test: Get your hands on another camera, preferably digital, or a light meter and test the meter on your AE-1 by running it up against those others. If the meter reads correct, move on.

Aperture Test: Run an aperture test on the lens by setting the shutter to Bulb mode so that you can stare through the lens and run through every aperture to make sure that it stops down without issue. If it does, move on.

Shutter Test: Unfortunately, the only way to really test is to shoot a known scene and develop. So, grab a fresh, properly stored roll and confirm the exposure on a scene using a light meter and/or digital camera, then shoot as many shutter speeds as you can. Develop. Your negs should show the exact same scene (exposure-wise) across all the frames. If it does, move on.

Film Test: Film loses its speed with age and bad storing can speed up the aging process. Was this film purchased as part of a brick (do you have other rolls from the same lot)? Are you positive that it's 400 speed film and that you had your camera set to ISO200 for the metering? Check the edge marking on the negs to confirm the film and, if you have another roll from the batch, shoot it as a tester: just like the shutter test above, shoot a known scene and develop.

Development: There isn't much you can do to test the development here. You wind up blaming the developer if you can show that all else is right. Was this a pro lab or a drug store or pharmacy? C41 is usually machine processed and, though there are things that can be screwed up, it's not usually the labs that are processing hundreds of roles that are the ones screwing around.

Check Yo'Self: At the end of the day, it's a manual camera and we have no ability to go back and check your exposure values. When I was first learning to shoot, I kept a log of my aperture and shutter speed values so that I had that data handy when looking at the negs. Consider doing the same - though I'd use a voice memo now-a-days to record this while in the moment.

While you are out shooting, pay attention to what the camera meter is telling you and cross it with what you know for a scene using your experience or just good ol' Sunny 16 (https://en.wikipedia.org/wiki/Sunny_16_rule). For example, using the Sunny 16 chart, your horse shots would appear to be in a location where you would have shot f/4 and 1/200. Does this sound about right for what you did?

Take a moment to second guess yourself, especially if you trust the meter implicitly. Meters can be fooled by some scenes and they can also wear out/go bad. So, make sure what it says is correct matches what you think knowing all that you know from your experience. You'll get better at this as you shoot more.

Possible dumb question: because pushing takes place during development, is it impossible for the negatives to be pushed?

Push processing must occur during development.

Once film has been developed the process is irreversible. You can't go back, un-develop it and develop it again. Once you have a negative, processing is locked in and you can't push it.

There are limited things you can do to try to lighten/darken when printing from a negative, but especially with color film there's not much latitude to work with.

Not the answer you're looking for? Browse other questions tagged film exposure 35mm developing scanning or ask your own question.

3
Why does it look like nothing is on my developed film?
3
how can i fix my ricoh camera causing scratches on film?
2
Why did my film turn out static-y like this?
4
What's causing the definition and colour problem with my photos?
5
Do negatives scanned upside down (backwards) lose quality?
21
Can I develop my b&w film a year after shooting it?
2
What causes "noise" in a low ISO 35mm film?
2
35mm White line across photo / Yellow tint all over exposure
1
Film scans came back very blue
2
Why did my 35mm scans come out with this white grain?