It seems it should not be able to handle the weight but I wanna hear from people's actual experiences and not just theories.

The body+lens would weigh around 5-6 pounds. 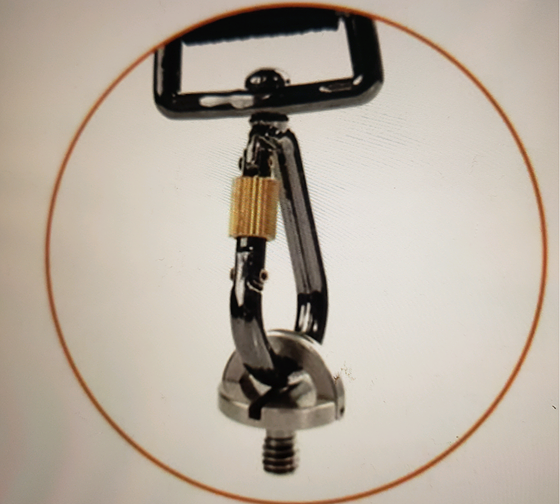 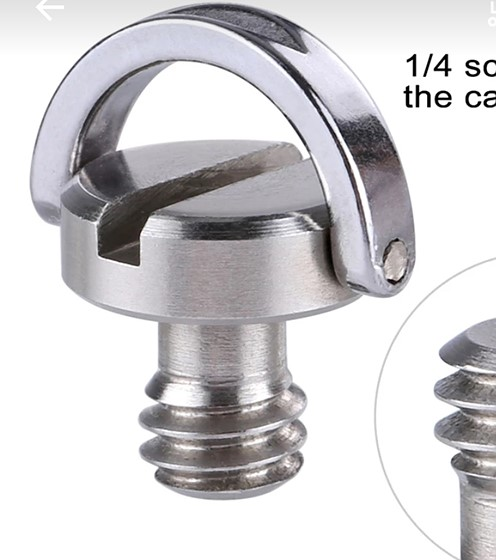 I don't trust them, but a lot of folks do. If you're going to do it, use top quality hardware, as there is no redundancy for any piece that breaks. That's why I use the OP/Tech system that has multiple connections between the camera and strap. If anything were to fail (I've never had a failure of their connectors and straps), the other loop would prevent the camera from taking a nosedive. Redundancy also protects me from myself. There have been a couple of times when I've failed to push a quick disconnect in far enough to lock. The other one saved my camera and lens from a hard fall.

As the old saying goes, a chain is only as strong as its weakest link. For the low end knockoffs, it's usually the swivel rivet circled in your example picture below. I've seen more than one that has been sheared off with a camera hanging from it. 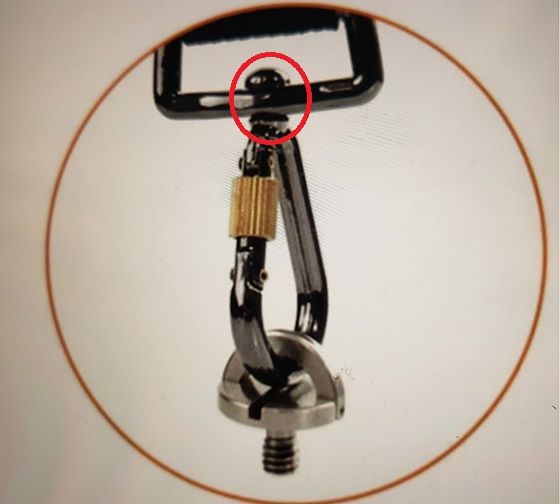 You need to pay attention to wear so that you can replace components before they cause a catastrophic failure. 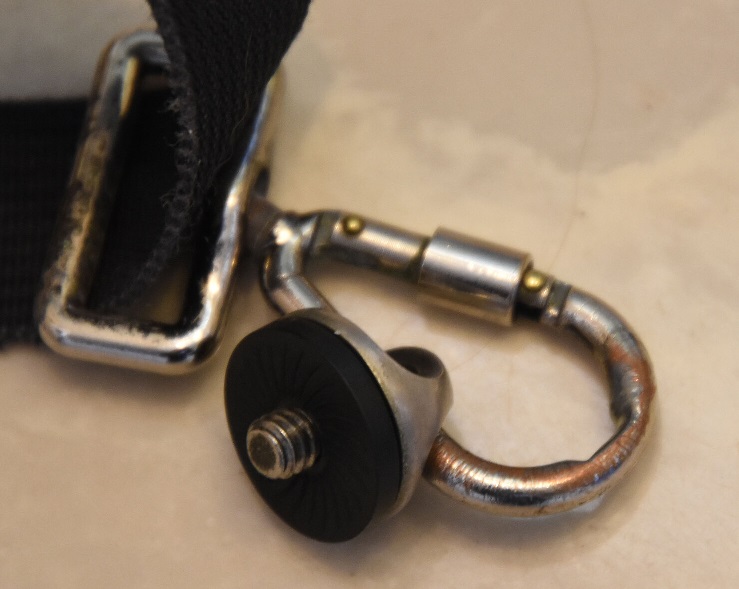 Some users add a safety tether to one of the camera's strap lugs in addition to the swivel connector attached to the tripod socket. 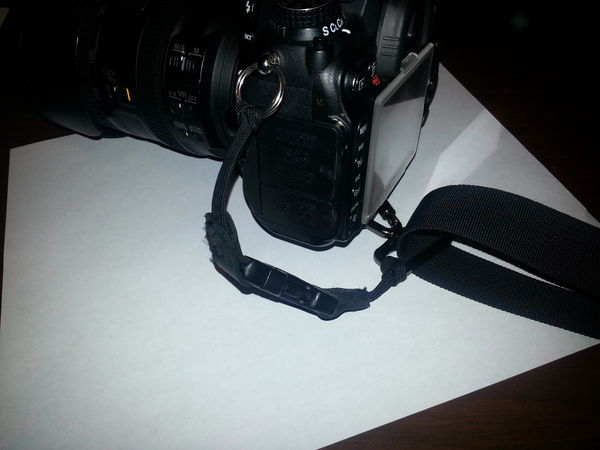 You also need to be sure your camera is up to the challenge. As these kinds of straps have become more popular, manufacturers have seemed to increase the strength of their tripod sockets. For decades, they were designed to provide enough compressive strength to support the static weight of a camera pressing onto a tripod. That's an entirely different stress compared to gravity pulling the camera away from the strap it's bouncing around on all day, where the load on the connection can be several times the static weight of the camera. 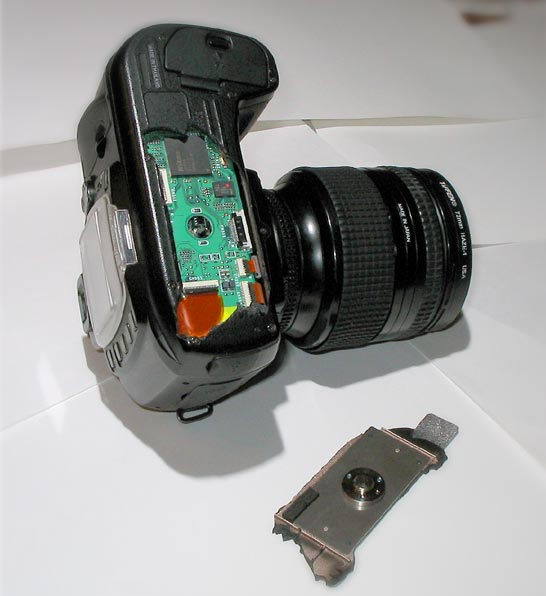 Don't use such D-rings... The D is designed as a handle to (un-)screw them and won't support any significant load. You want something like this

For the link that goes on the strap, there are good and bad ones... This is typically what is used by the BlackRapid shoulder straps and the BR gear is solid enough (I hang an EOS 70D with a 120-400mm off one).

However there are cheap knock-offs that aren't trustable (and the one you show is among them I think). The link is made of a cheap alloy (zamac) which is easy to mold but not very strong (the BR one may be in the same alloy but is definitely thicker). Before buying BR I got a cheap one on Amazon and it quickly broke. Since I was on the seaside I could build a replacement using boat hardware: 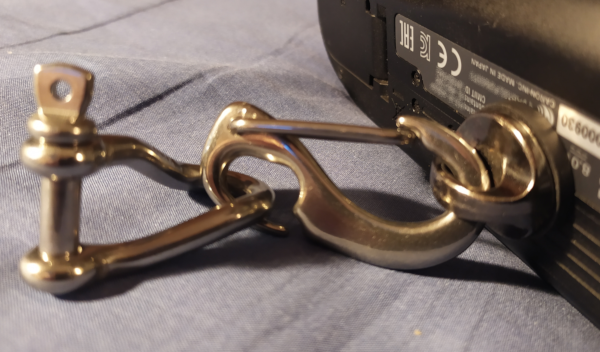 Of course this cost me more than the original strap, but was still cheaper than the equivalent BR gear, and it is definitely strong enough for anything I could hang on a shoulder strap. Eventually the cheap strap wore off, so I replaced it, but I find my makeshift link more practical and still use it with the BR strap (too many safeties on the BR link). It could be than I'm overdoing it and that in a freak accident I'll rip off the thread at the bottom of my camera or my lens collar instead of breaking the link...

Not the answer you're looking for? Browse other questions tagged accessories or ask your own question.

0
Has anyone any experience of the Flipbac Camera Grips?
3
Which neck strap would be comfortable to use with a compact camera (Canon S90)?
3
What tripod-ready camera sling-type strap is suitable for rangefinder cameras with two side lugs?
1
Does anyone know about the DIDEA brand camera tripod?
0
Is there a remote wireless camera shutter button for the GE x600?
2
What's the name of something that blocks reflection on glass in front of a camera?
0
What strap comes with the EOS 1DX Mark II?