What is the max. exposure time when using an iOptron Pro mount with a EOS 70D & telephoto lens?

I've recently replaced my old Vixen Polarie mount with an iOptron Pro for photographing deep-sky objects. However, when trying to make a shot of the M 101 galaxy, all the objects on my pic were motion-blurry due to the Earth's rotation: 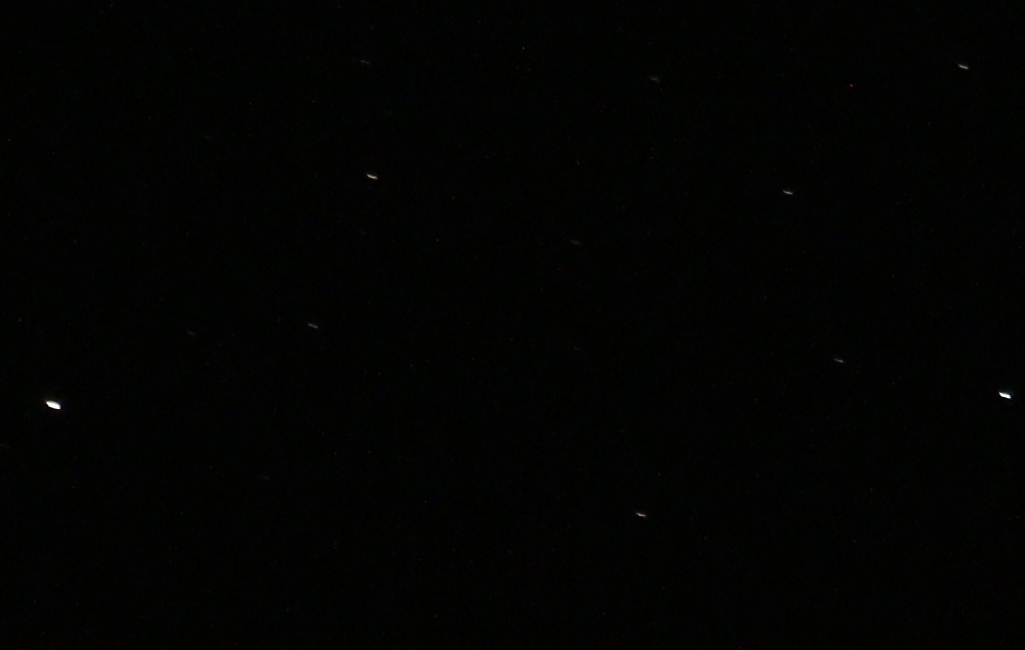 This is my equipment:

M 101 was almost at the zenith at that time.

What puzzles me, is that the motion blur already appears at 5" exposure time! With my Polarie, 10" @ 300 mm focus (with an EOS 1100D) were not problematic at all when the mount was properly adjusted. The iOptron features a polar alignment lens to adjust the mount, which the Polarie lacked.

What's wrong here? Would the stabiliser in the lens help a bit? And: Is there a possibility to remove motion blur afterwards (I'm using Gimp)? Thank you.

UPDATE #2: This is how my astrophotographic equipment looks like when in use: 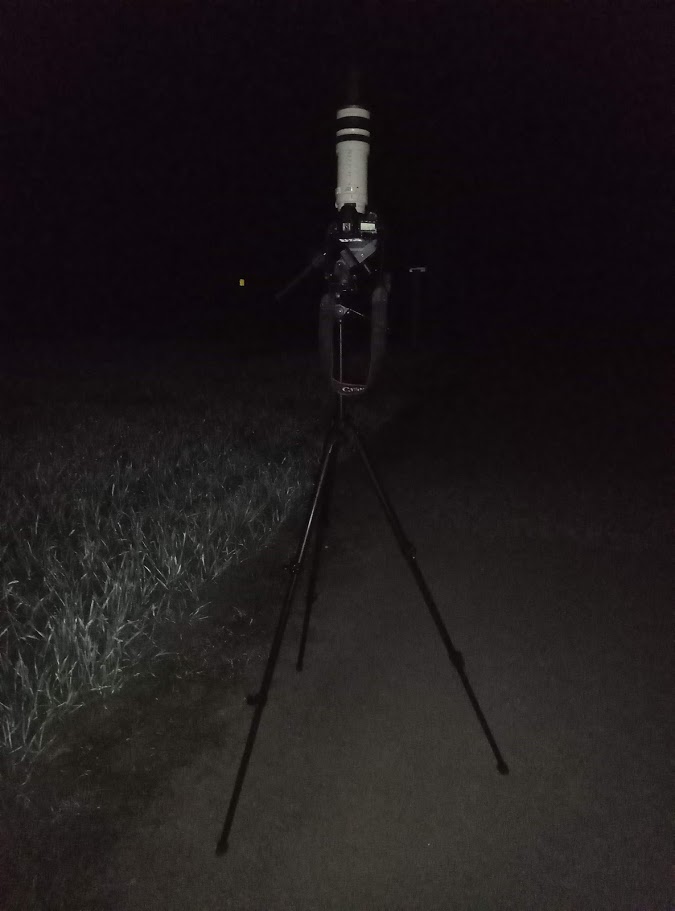 I assume you of course locked the mount so that the motor drove it. But you did not mention if your setup first balanced the mount?

In doing this, be very ready to catch it if unlocking it starts to drop (to prevent damage), but with the counterweight shaft rotated to be horizontal (counterweight on one side and camera on the other side), if balanced, it should not move when unlocked. If one side tries to drop, it is heavy and not balanced. Adjust the counterweight position so that it does not rotate if unlocked when horizontal. This reduces the load on the motor by equalizing the load. The motor is designed for a balanced load. You can practice this balance at home, but the proof is in the picture.

Experts advise to make it very slightly East Heavy (the East side of horizontal just barely perceptibly heavy) so that the gears stay fully engaged when lifting the east side. This very light load (almost none) reduces "gear chatter", keeping the gear teeth continually engaged. If you swap sides during the night, then this aspect needs attention then.

Zenith does not matter so much, that's just about which way the camera is aimed. What matters is if the motor is having to lift the heavy camera and lens load. A balanced counterweight makes that be little issue if just rotating a balanced load.

I had to buy and add an extra counterweight to balance a Tamron 150-600mm lens on a full frame Nikon. If it is balanced, it performs well.

OK, I've finally managed to readjust the counterweight and got fairly good results up to 4" exposure time: 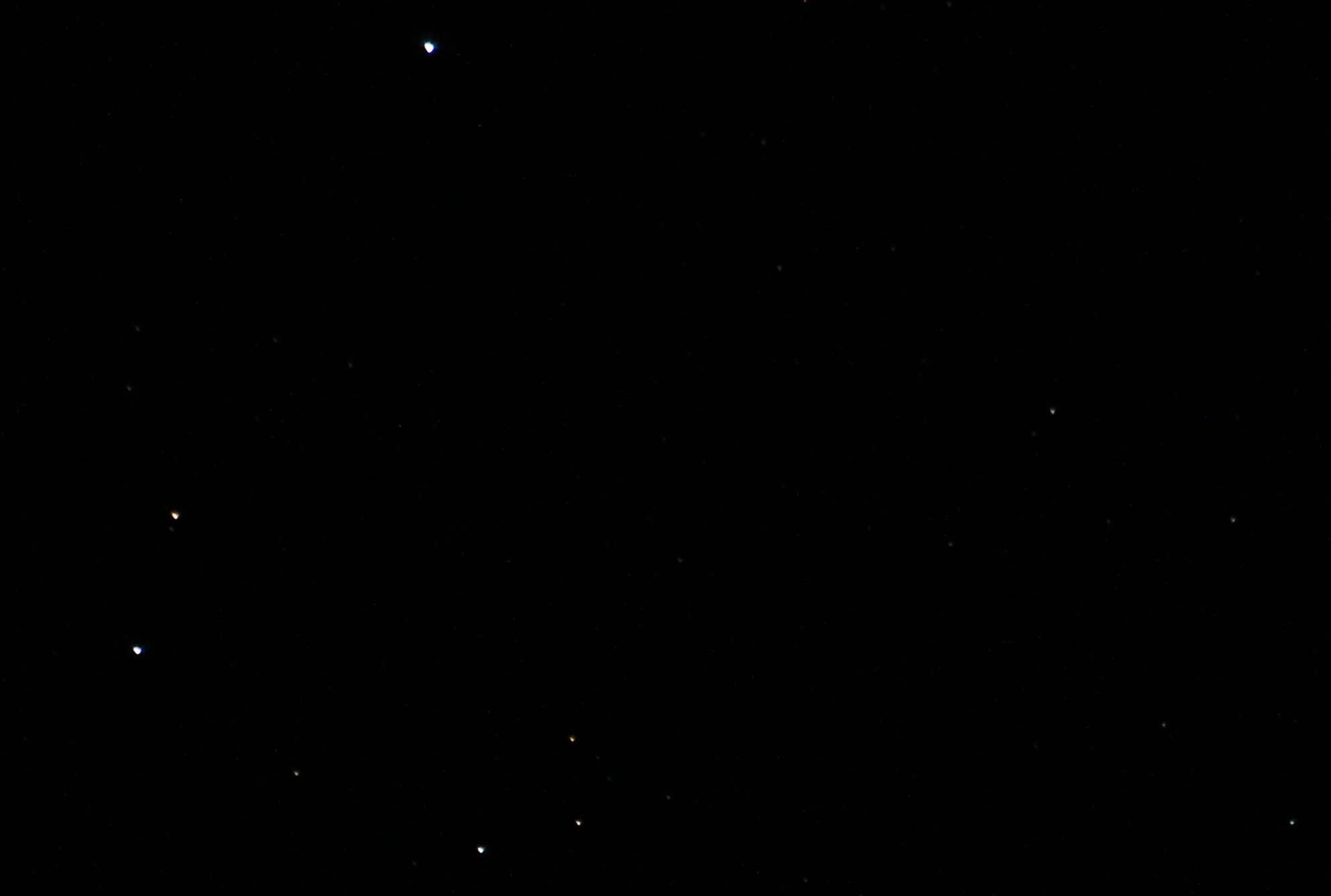 The outcome still isn't perfect, but at least a significant fraction of the frames I've made are usable.

Not the answer you're looking for? Browse other questions tagged astrophotography motion-blur or ask your own question.

6
How do I prevent intensive red noise on a deep-sky photo?
6
Is there any way to increase the limit of exposure time on a Canon EOS M50?
8
Why is the North America Nebula so hard to see on this astrophoto?
2
Why does the live view feature of the EOS 70D only show one bright star when doing a starry night shot?