Why orange color casting started to appear in my Polaroid B&W film several months after developing?

I took some pictures with Polaroid Originals' 600 B&W film and aside from a general lack of sharpness, several months after the shots, some orange color casting is starting to appear in the top areas of all frames. It's only a narrow blurry band centered right at the top. It doesn't reach the top corners in most cases.

I can't be sure when it all started, I just recently noticed. Pictures were taken last year March to June (the same single 600 cartridge). I also feel that after these months they have been slowly losing sharpness and contrast in the bottom part (albeit that being much less apparent).

The film was stocked in the fridge until the very first shot, but it remained in camera afterwards. This weird color casting wasn't there when I last checked on them at the end of the year and they have been stored in a box inside a closet (with barely any change in humidity and without extreme temperature changes). 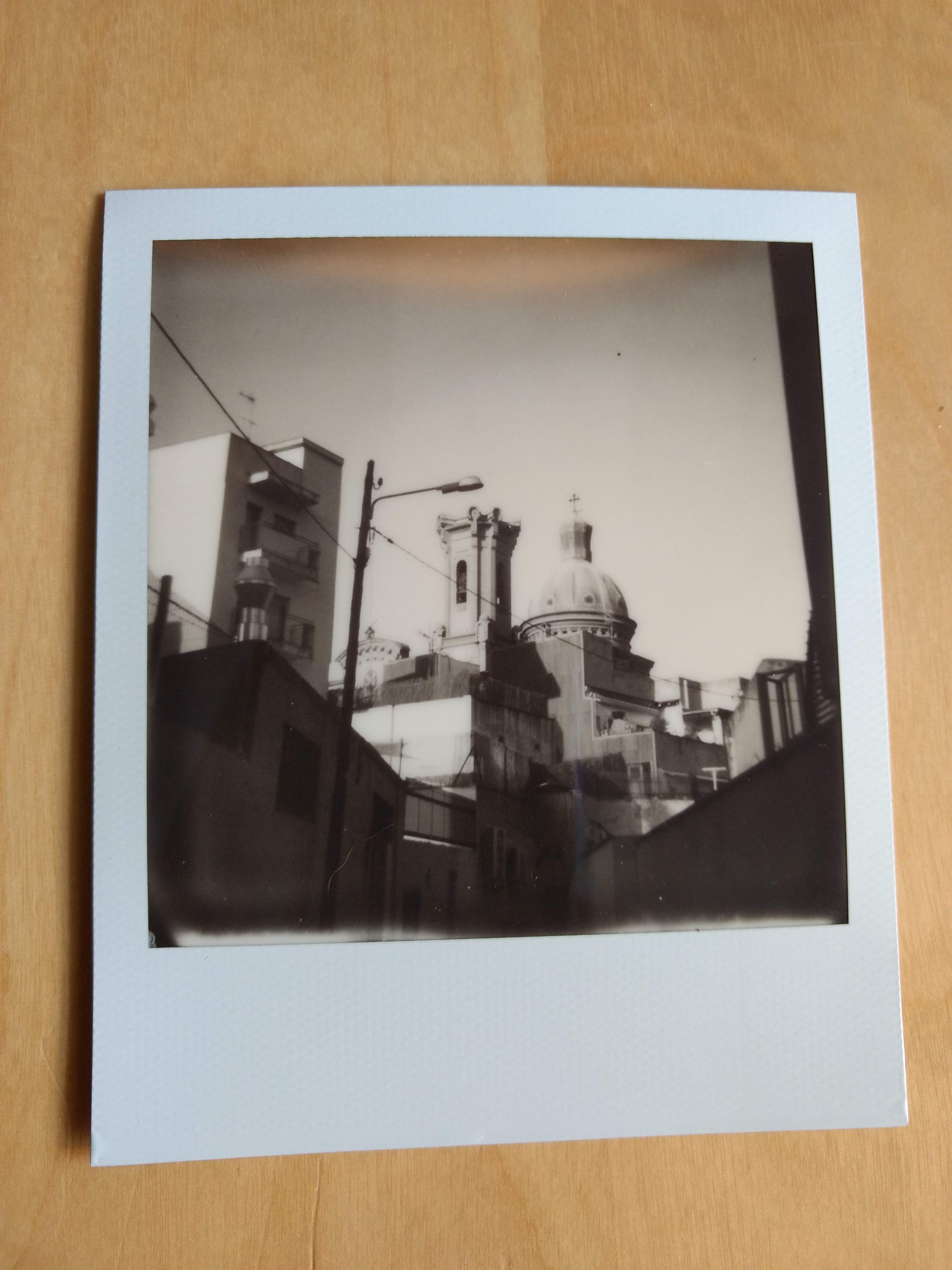 That may be one of the effects of humidity affecting the dyes in the print.

These, like original B&W SX70/600 film, are dye prints, rather than direct silver image, but the silver and undeveloped halide are still present. The sensitive layer is roughly similar to Ilford or Kodak C-41 black and white negative films, but the process for integral instant prints is rather different in detail. The development binds the dyes, and then the unbound dyes (associated with undeveloped halide regions) migrate through the sequestration layer to form the visible image,just as with color integral prints.

One problem that has affected Impossible and Polaroid Originals materials from day one has been that the finished print isn't proof against humidity, and the reaction of the humidity may cause dyes to fade or migrate when they hadn't originally. You may be seeing an effect where normal room humidity has reacted with the undeveloped halide and caused magenta and yellow dyes to migrate at the edge (the top is the last edge through the rollers). This may also be affected by incomplete spreading of some component of the chemicals in the pod.

The original Impossible Project B&W prints would fade -- you may be seeing a case of the cyan, magenta, and yellow dyes fading at different rates where humidity can enter the print at the top edge.

Not the answer you're looking for? Browse other questions tagged film polaroid instant-camera or ask your own question.

17
Why does colour negative film have an orange mask?
2
Why do all my film color negatives come out transparent?
5
Why image does not fill all area in Polaroid film backs
3
Why is the color mask of this 135 film dark blue-green?
1
Will storing an opened but not exposed film canister for several months ruin it?
1
Why is there an over-exposed stripe on first several frames of film?
4
Does a slide made from color reversal film take damage when used for several hours in a slide projector?
2
Why does my multi-exposure film image appear darker than calculated?
1
What film camera/Polaroid camera is best for a more orange yellow look?
2
Why is my colour film developing leaving my film looking purple/giving blue tints to the photos?