Why are the star trails in Richard Angle's photos of a SpaceX launch and landing so non-uniform?

Teslarati's SpaceX just expanded the envelope of rocket recovery with 50th booster landing includes some beautiful examples of Richard Angle's work portraying time and motion and physical processes. The sequence of launch, stage separation, boost-back and landing is many minutes, and this results in star trails. 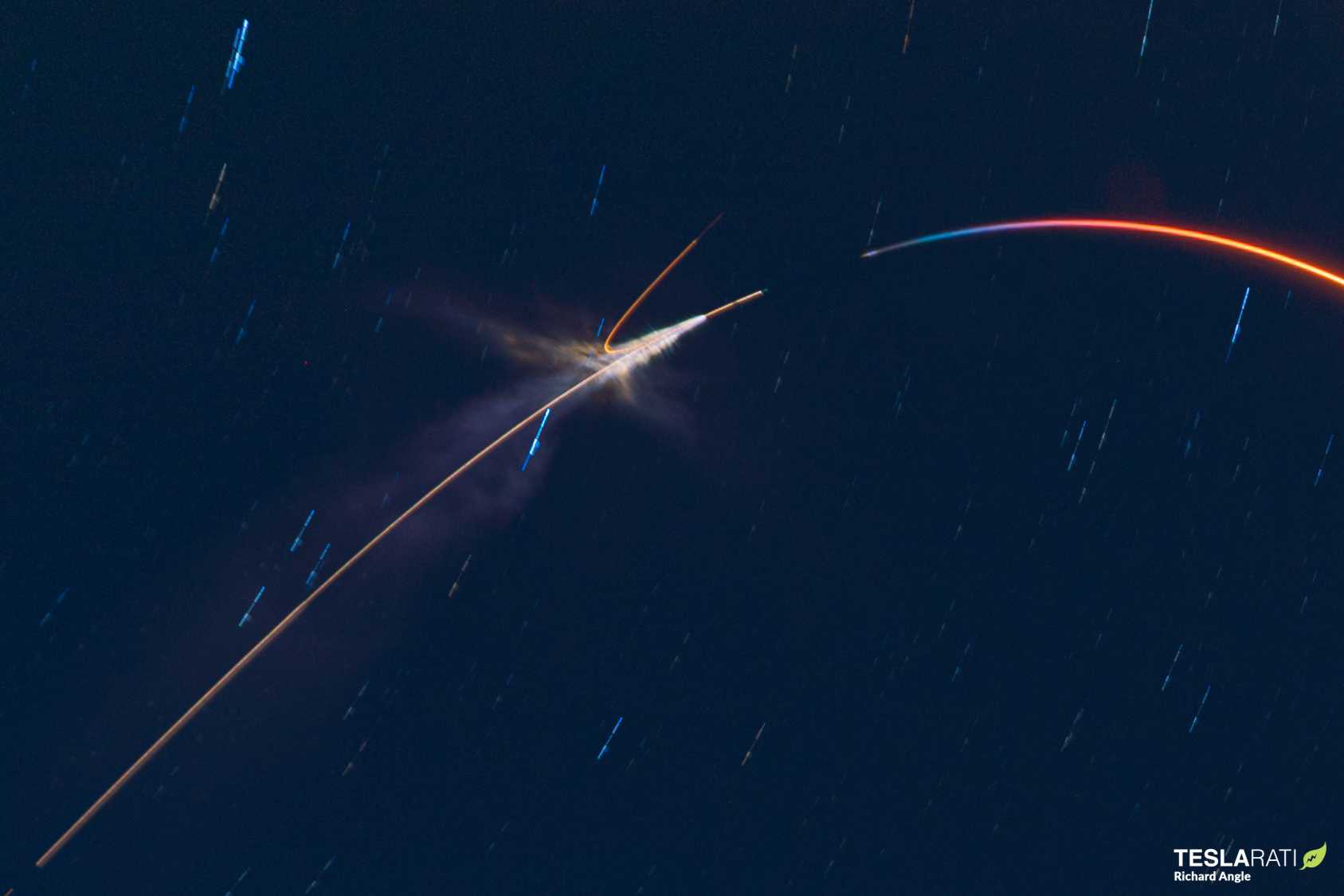 Falcon 9’s MECO (the gap) and boostback burn (backwards curly-cue). The lefthand arc is the rocket’s upper stage and Cargo Dragon payload continuing on its way to orbit. (Richard Angle)

They are not uniform but they all show the same bright-dim-bright pattern. One explanation is that this is a composite picture of several exposures and that the middle exposure(s) was/were dimmed a bit to compensate for a brighter subject (booster separation).

You aren't clear about what you mean by "non-uniform".

As @xenold says, exposure could be a factor in the variation in brightness. Changing image exposure to adjust for the booster brightness could be a factor, as could exposure adjustment to allow for differing brightness of the moon depending on cloud cover, and any subsequent processing to equalise brightnesses and colours. The fact that stars seem to cut out altogether suggests that black level adjustment or gamma correction has been used. On a long exposure with a digital camera there can be significant "speckling" in the background from random thermal noise, and these two techniques can help to reduce that.

If by "non-uniform" you simply mean that the stars are different brightnesses - well, some stars are brighter than others. :)

And if by "non-uniform" you mean that the stars do not all appear to follow the same lines, that would be an feature of the lens used. The photographer appears to have used a fisheye lens and cropped to the lower-right section of the image where the rocket trail appears. Since rocket launches are infrequent and their exact track is hard (for civilians!) to predict, the photographer was sensible in choosing to use a lens which would maximise the chance of obtaining a good shot.

The most likely cause of this variation along every trail in a single exposure image is variation in air clarity during the exposure. This might happen due to fast moving clouds (as I recall, for this launch the wind was relatively high, above previous "no-fly" limits for Falcon 9 landings attempts).

While this wouldn't produce variations that are uniform from one trail to another, if the clouds passed across the entire field during a fraction of the exposure, they'd produce very similar brightness variations (one could even analyze the difference in trails to get an idea of the shapes of the individual clouds, as is done with occultation timings to to get the shape of an asteroid or section of the Lunar limb).

I think you're seeing a combination of the camera moving and rotating slightly during the shot. It looks like there's a circular blur whose center is off the image, far to the left and a little above it. Imagine the camera on a long circular boom, slowly moving in a small arc. This is probably not literally what happened, but you can imagine the camera operator emulating a similar motion.

Here's an example of the effect made artificially. I started with a few stars: 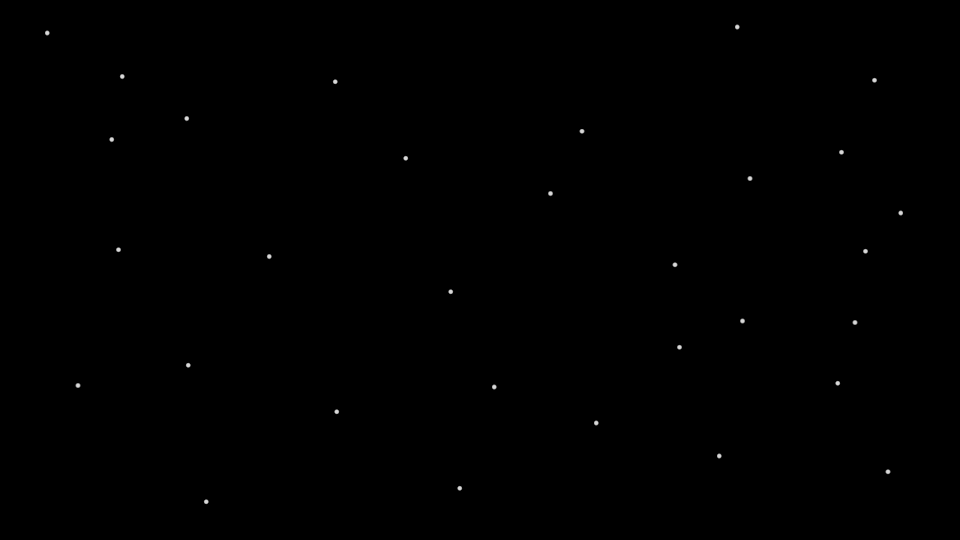 Then I applied a 3-degree radial blur about a point on the left edge of the picture, 25% of the way down (center and rotational arcs in purple): 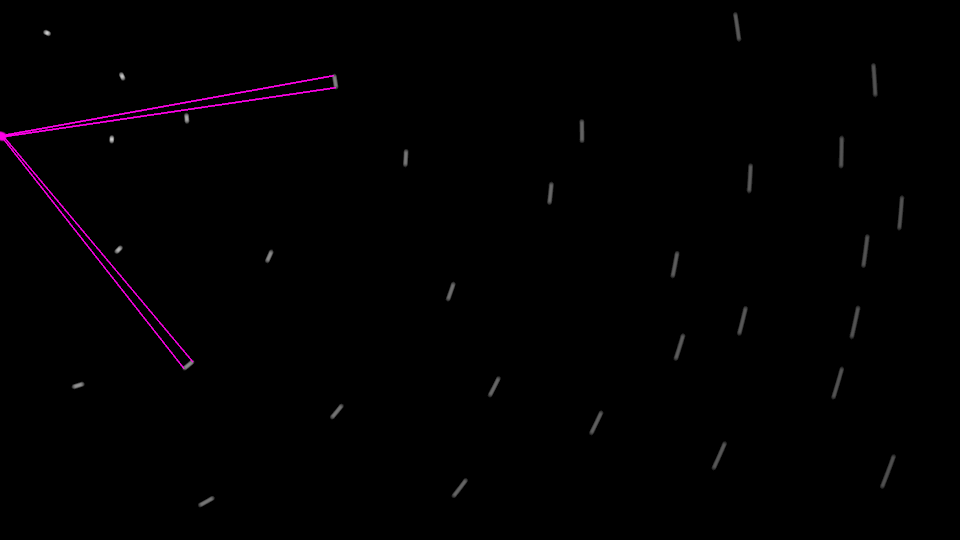 Then I cropped to roughly the bottom-right quadrant to get what seems reasonably close to the original image. 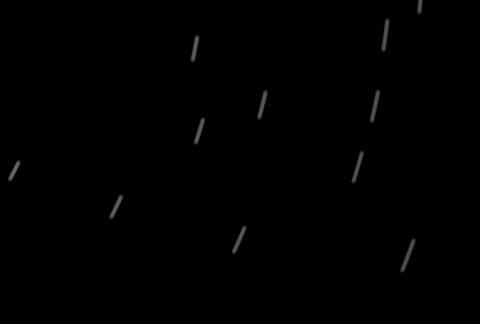 The differences in brightness can be explained by the camera spending different amounts of time in the different orientations along that path.

Not the answer you're looking for? Browse other questions tagged astrophotography stars or ask your own question.

1
What are the ideal settings to shoot Star Trails with a Nikon D90?
0
How to create an image with star trails in the background and clear, bright foreground objects?
1
Why does photographing the Milky Way require short exposure, when star trails need long exposure?