How to clean stains from 35mm color negative film? [duplicate]

I developed colour negative film for the first time yesterday and I have two problems. Firstly many of the pictures have these stains like circles on them and I cannot understand what caused them and how to clean them. And also the pictures came out looking way too magenta/ purplish which is bizarre because the film I used is supposed to come out more to the greenish side rather than the magenta side. Any ideas about how I could clean the stains or what could have gone wrong? :)) 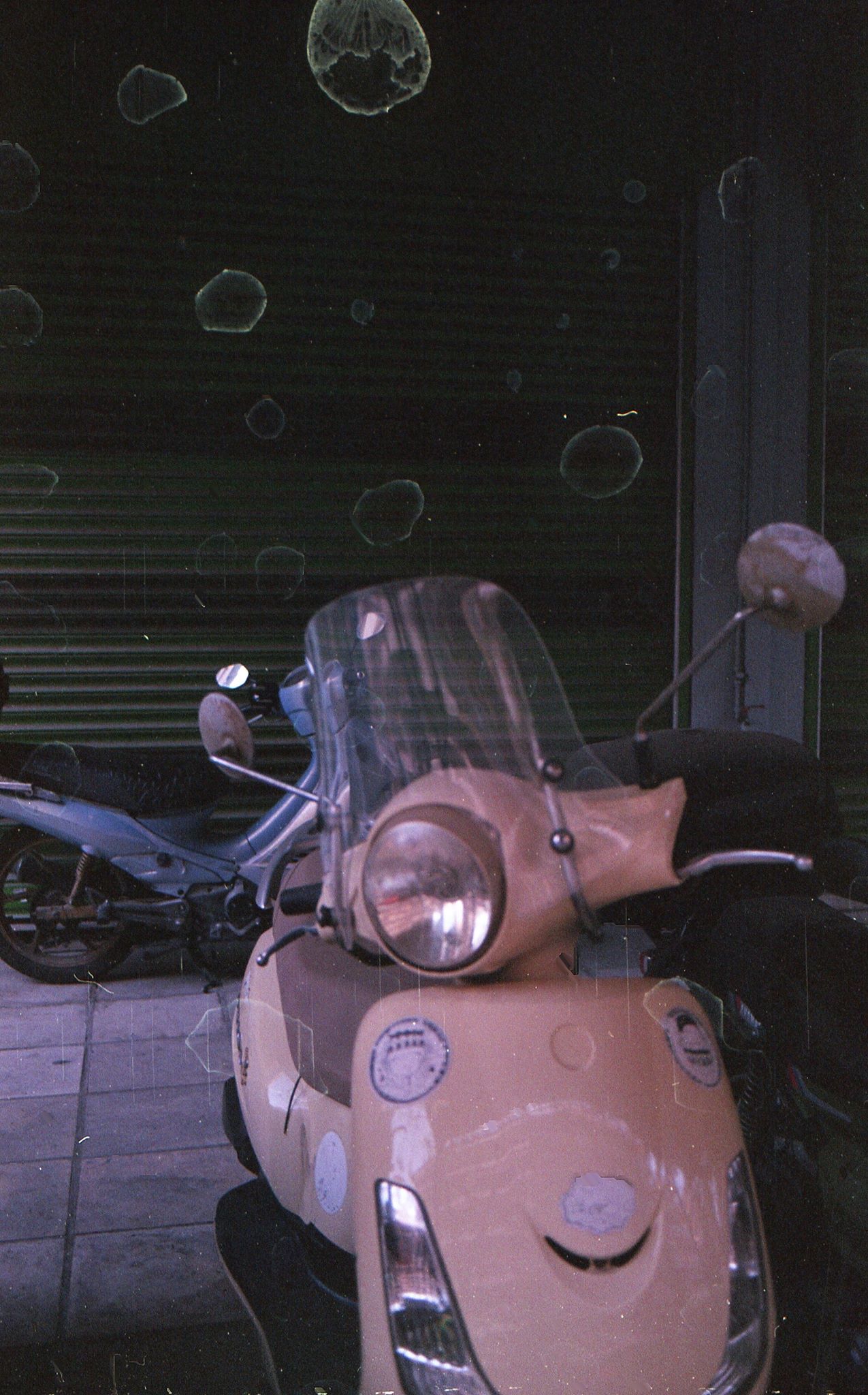 The circles (water spots) are twofold: Film emulsions are made using gelatin as the binder to hold the light-sensitive salts of silver and the organic dyes in place. When placed in the developer, which is mainly water, the gelatin swells much like a dry sponge dunked into water. This swelling opens up the structure so the processing fluids can freely enter and leave. After all the processing steps, the film is air dried. As the water evaporates, the gelatin shrinks back to normal size.

If water that beads is allowed to remain on the film during the drying cycle, mineral residue will be left behind. These water spots can often be improved by rewetting in distilled water, squeegeed, and allowed to air dry.

Not the answer you're looking for? Browse other questions tagged film color white-balance 35mm development or ask your own question.

9
What are these circular splotches on my negatives?

12
Is there a specific color temperature to film?
3
Shooting black and white on a color film
3
Why did my 35mm film turn out white?
2
Why did only the last picture I took actually come out when developing a 35mm film roll?
15
Why have all negatives been exposed to one frame?
2
What is causing white stains on scanned negative? Is there a way to fix this?
1
why did my film come out like this?
4
Developed 35mm Film Green Tinted instead of Orange
5
First film roll just got developed and all my pictures have a white fog on them?