35mm White line across photo / Yellow tint all over exposure

Did a shoot with my Minolta X-700 with Kodak Ultramax 400 (ISO 400) and I get film sent off to a reputable photo lab to get developed and scanned, have only been shooting for like 2 months so still a newbie! Got 4 photos back today (as the rest of the roll wasn't salvageable lol). I'm wondering what could have caused this?

I can't fully remember if I rewound the film properly or if I had the back cover open whilst I was rewinding (at the time I didn't know if this would affect the photos but I'm now thinking that's why? yikes). I saw an article that said that the film roll may have been loose as well but I haven't had previous problems with it. 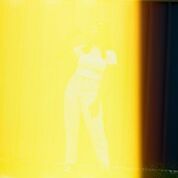 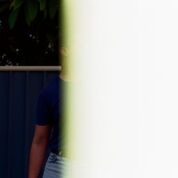 Looks like a light leak. Check your camera for damage, gaps and so on. Also make sure you don't get an exposure of the film in your development process (but since the lines are really straight it should be not the problem.

The camera could be damaged. But if not, it is probably something you have done in handling the film.

The back of the camera should remain closed unless you loading film or removing a rewound film cassette.

Here is a link to your camera's user manual. Pay attention to the parts on loading the film, and then rewinding and unloading the film (pages:19-23). In particular, take note of the following warnings.

Film should be handled and loaded in subdued light [or] at least shaded from direct sunlight by your body.

When rewinding and unloading:

Never open the camera back when there is any red still visible in the Safe Load Signal.

In practice, I think, this last warning is where you might have made a mistake. You must rewind the film back into the cassette with the back of the camera still closed. The rewind crank gets harder to turn as you pull the last of the leader off the take-up spool, then becomes much easier to turn as it pulls the last of the film back into the cassette. Take a few more turns for insurance. Only then, should you open the back of the camera. When you open the back, any of the film that is still out of the cassette, will be exposed to the light and any pictures on that part will be lost.

Film can be a rewarding medium to work with. In my view it teaches you to think about what you are doing - the composition, the lighting, the colours, the focus, the exposure; and you don't get to see any results until you have shot and developed the entire roll.

Not the answer you're looking for? Browse other questions tagged film 35mm or ask your own question.

3
Why does it look like nothing is on my developed film?
6
Olympus OM-10 35mm - Film not gone all the way back into the cartridge
4
What's causing the definition and colour problem with my photos?
0
Minolta SR-101 Shutter stuck (?) but film advance lever works
8
Why did my developed photos come back blue outdoors (and fine indoors)?
2
How long can a 35mm film be used/stored before it starts to lose its quality after expiry?
1
Film did not rewind
5
My negative is completely black and opaque — is this a camera problem, my mistake, or the lab's?
3
Poorly scanned or poorly shot film roll?
1
Film scans came back very blue