I was watching a video of pixar teaching how physical cameras work. Now two things are important for my question, first the number of light beams that can go through the small aperture and secondly which part of the real world emit these light beams. With a small aperture number of light beams are very few and they are coming from one or very few sources of the real object because aperture blocks a lot of light sources. Now for my question, when we want to use lenses as below. 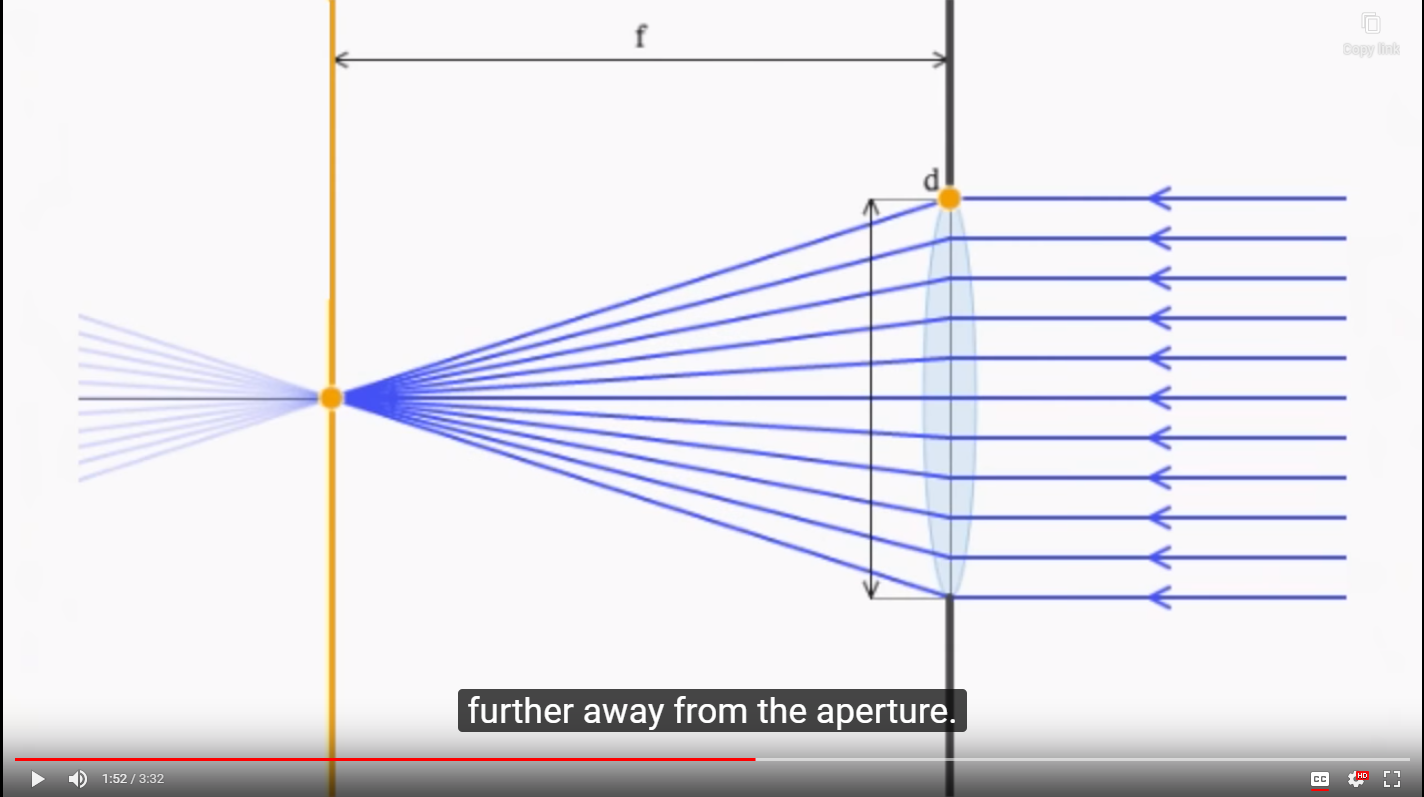 While the number of light beams increased, it doesn't matter because all of them projected into same point. But the source of these light beams (where does this light beams come) are totally different. (All blue rays are coming from different part of the real world object) So how we can see exactly what we wanted with this method. I was expecting to see a very noisy image because the projected points is actually projection of rays coming from different part of the real life object.

The schema (and your interpretation) is misleading. If the blue rays are parallel then they come from a source which is infinitely far away.

When you shoot a real object, most of it is off-axis, and if the object is not very far away light rays from it hit the lens with various angles of incidence:

That is incorrect. In the drawing all blue rays are coming from the same point source in the real world; and they are focused into the same point on the image plane as one small part of the image.

At every point on the objective lens there is all of the light required for a complete image. And when you increase the aperture what you are actually doing is "stacking images". 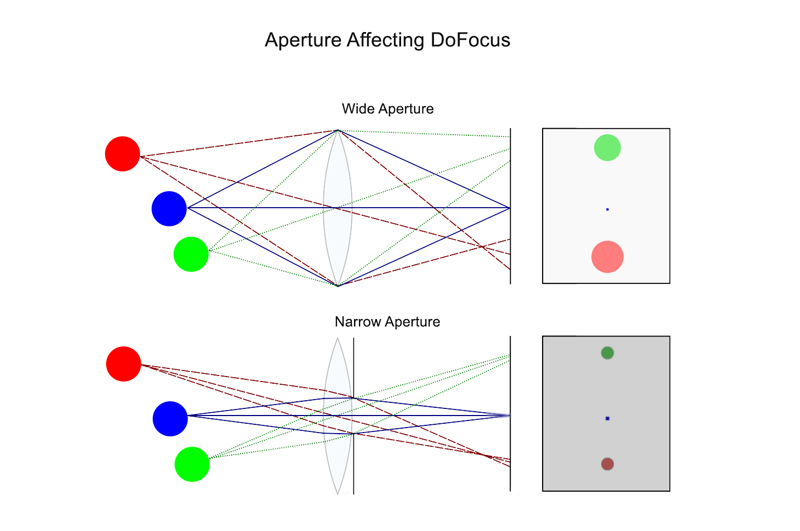 Take for example a star. It is massive. It is many times larger than the front of a camera lens. Yet it is so far away that it appears to be a point source of light.¹ Light rays from such a massive object at such a long distance will arrive at the front of the lens as collimated light. That is, they will be parallel to one another.

Even point sources of light that are much closer than a star can be far enough from a lens that they are so close to parallel as to be indistinguishable from parallel rays due to the limits of the lens system. Such light is said to be practically collimated.

Infinity focus is the point at which light rays that strike the lens as collimated light are rendered as points on the image sensor (or film). When your lens is focused at infinity it means that it is focused on things that are far enough away from your camera that the light rays coming from any single point on them are parallel to the degree that your lens' resolution limit can't differentiate them from perfectly parallel rays of light.