Why are mid-day images dull?

When I take pictures at mid-day, well before the golden hour, my images are usually dull. They seem hazy, low in contrast (perhaps due to haze?), and lacking in saturation.

What I mean by resonant frequency is this: As I understand, with sound, if you strike an object with a signal that matches its natural resonant frequency, it will react more strongly. So then, because the light from the sun is so blue during mid-day, warm-colored objects aren't very excited and therefore offer very little saturation.

I was asked to add an example image. Here's one, which if I remember correctly, I shot at close to mid-day. The hazy effect is most obvious in the distant trees. 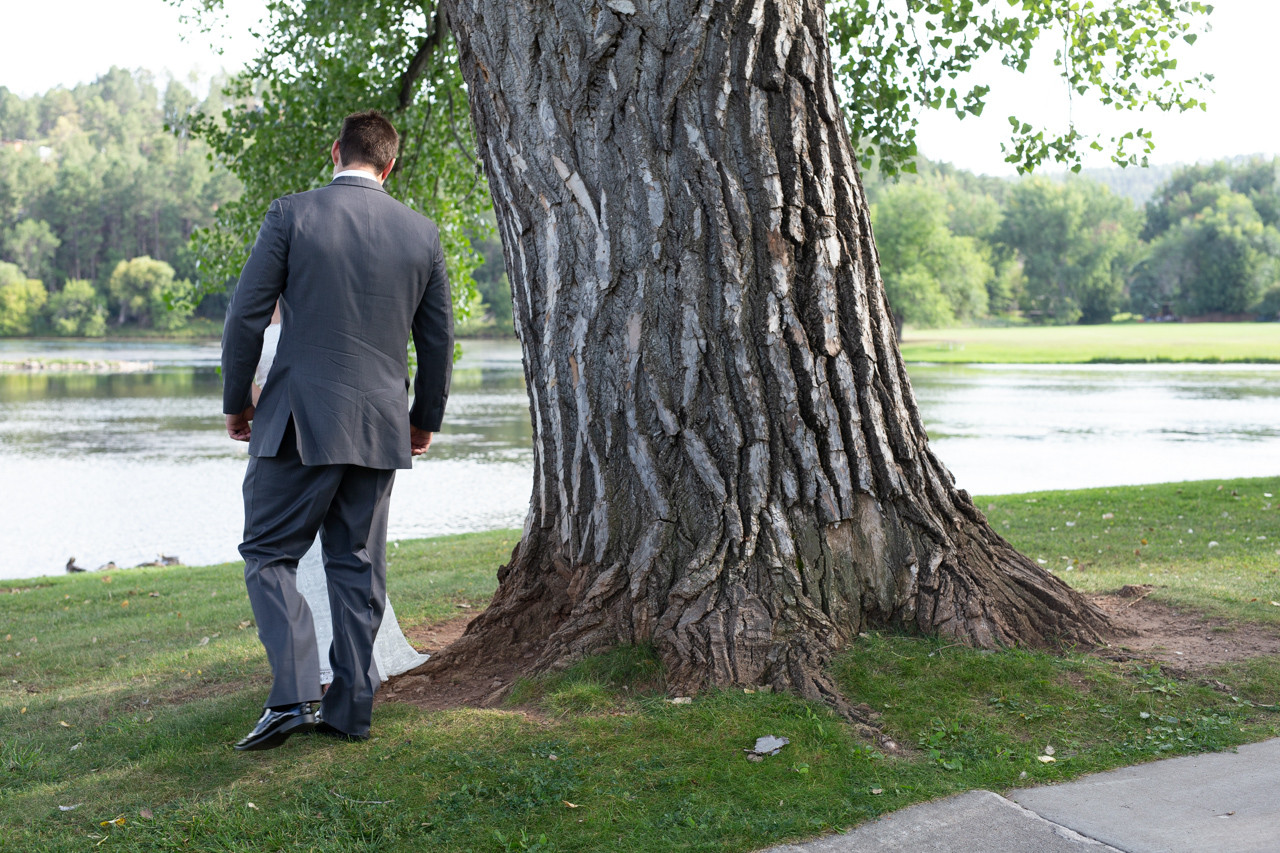 Lens bloom occurs due to light bending around a backlit object/subject. The distant trees are not backlit.

Lens flare is caused by hard light directly hitting the lens elements, and looks different. The lens is in the shade.

Increased contrast is the opposite of the issue here.

Light does not have a resonance frequency as such. Objects have a resonance associated with light... i.e. they resonate with certain wavelengths, which absorbs the wavelength converting it to heat. The color you see is the light that is rejected (ignoring fluorescence).

Daylight is not blue. The sky is blue due to the refraction of light by particles in the air. And shade is blue for the same reason (only indirect/refracted blue wavelengths reaching there). But midday sun is closer to white (full spectrum) than evening/morning. That's why specular reflections are white. And again, the color of an object is due to the wavelengths it rejects, not the ones that excite it.

Because the issue is greater over greater distances (the farther trees are more affected) it is probably safe to say it is an air issue. It could be heat waves/thermals, humidity, dust, pollen, etc. I.e. the air is somewhat hazy and the more of it you look/photograph through, the more pronounced it becomes.

The example shot looks like it's suffering from two main issues.

If you look at the original histogram, you'll see there's a lot hard to the right - the sky is completely blown-out, no way to recover that.

I ran the pic through Photoshop, & simply hit 'Auto' to see what it could do. I also changed the white balance using the bit of the dress visible between the chap's legs.

These are the changes it made - 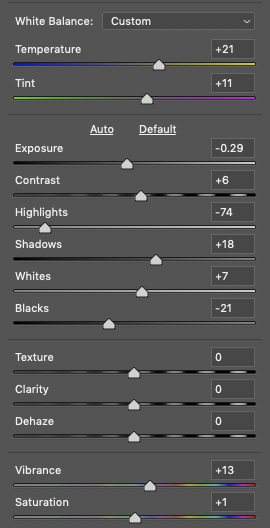 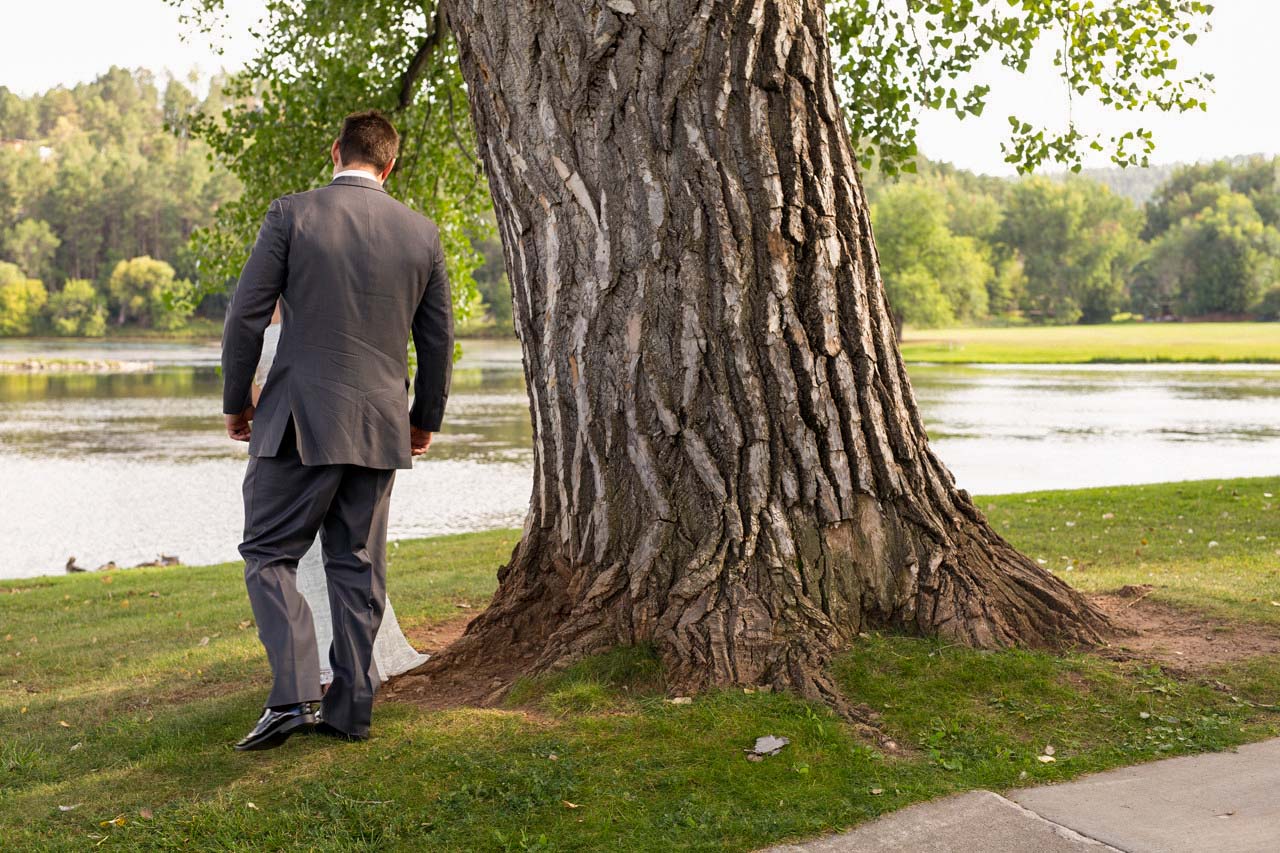 This was literally one minute's work. You could do better from the original image & a bit more care & attention to detail.

It looks 'warmer' therefore you interpret that as 'sunnier' & we've gained a little definition in the foreground.
The background is less successful. The sky is gone forever, there's no detail there to recover. The water, similarly, is so near to blown that there's not a great deal can be done for it.
The trees in the distance I think are acceptable like this. They're not sharp because of depth of field - it would look odd if they were sharp at that distance [mobile phones do things like that which makes things look very awkward] & they're no longer buried in blue haze. They're a bit under-contrast. If you were convinced they needed more you could mask it in, but as they're not the subject of the photo, I'd leave it.

You could go for a bit more punchy - those three 'magic' sliders at the bottom, Texture, Clarity & Dehaze can punch images up so far they hurt.

This is everything set to +20 …already too much, but just as an example - 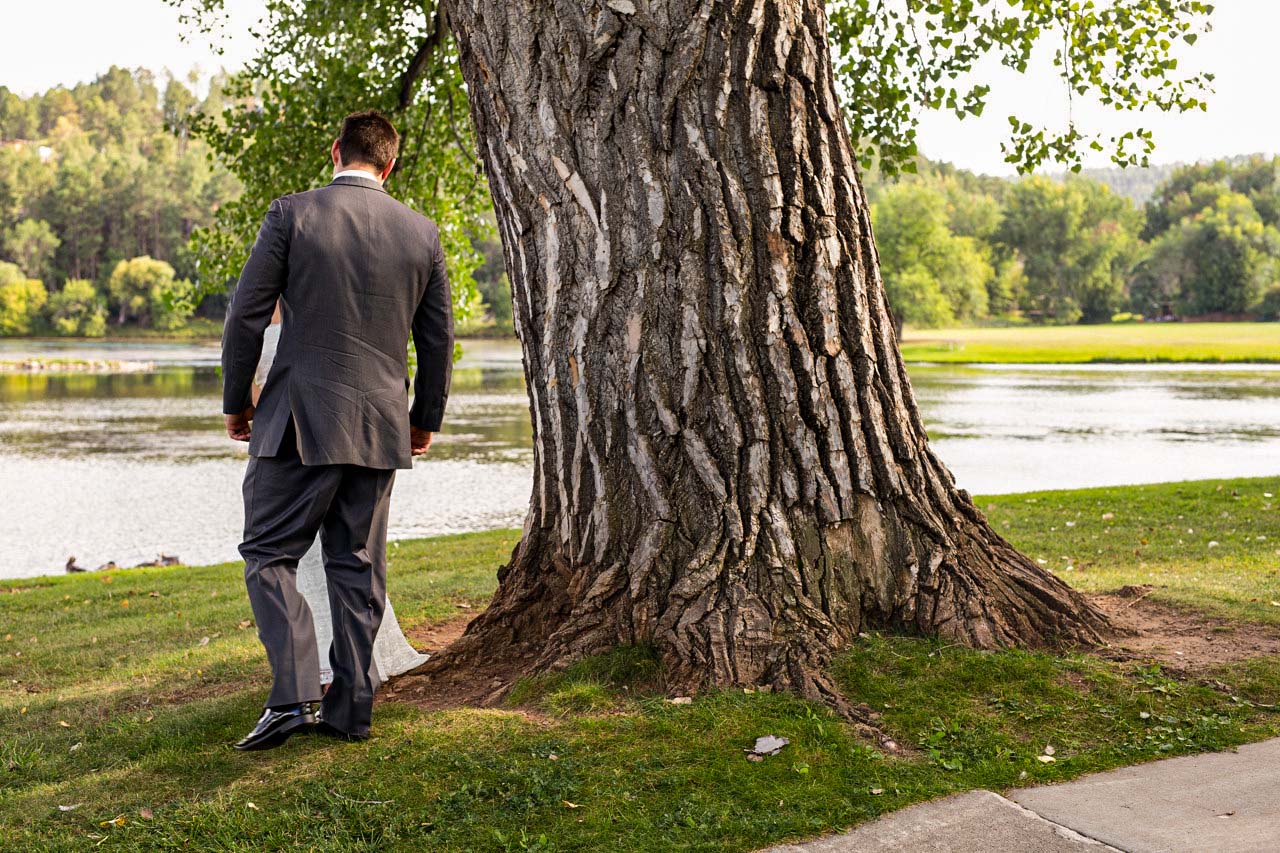 One other thing you could possibly have done would have been to use a polarising filter. That could have cleaned up the water & added definition to the sky.

Not the answer you're looking for? Browse other questions tagged light science golden-hour or ask your own question.

8
Why are sensors less sensitive to blue light?
8
Why are those green spots on my photo?
4
Why are these light trails large blobs of light instead of nice thin lines?
2
Stereoscopic images
5
Why hasn't buying powerful lights improved my lightbox images?
0
Why is my IR camera recording images when no IR light is present?
1
Why are details lost when dynamic range is high?
1
How did photographers get the exposure right back in the day with only full-stop increments?
3
Why are specular highlights sharp when focusing on close object?
4
What causes this dark outline produced at the edge of objects in these images?