Ive taken some photographs using a DSLR on a tripod that i moved from left to right to create source files for a panorama. The image files from the DLSR are raw.

Ive opened them in photoshop camera raw, selected them all and clicked "merge to panorama".

This for the most part works, but i get some banding on the transitions between the various photos due to varying light conditions. See image attached. Is there anyway i can rectify this is post production ? 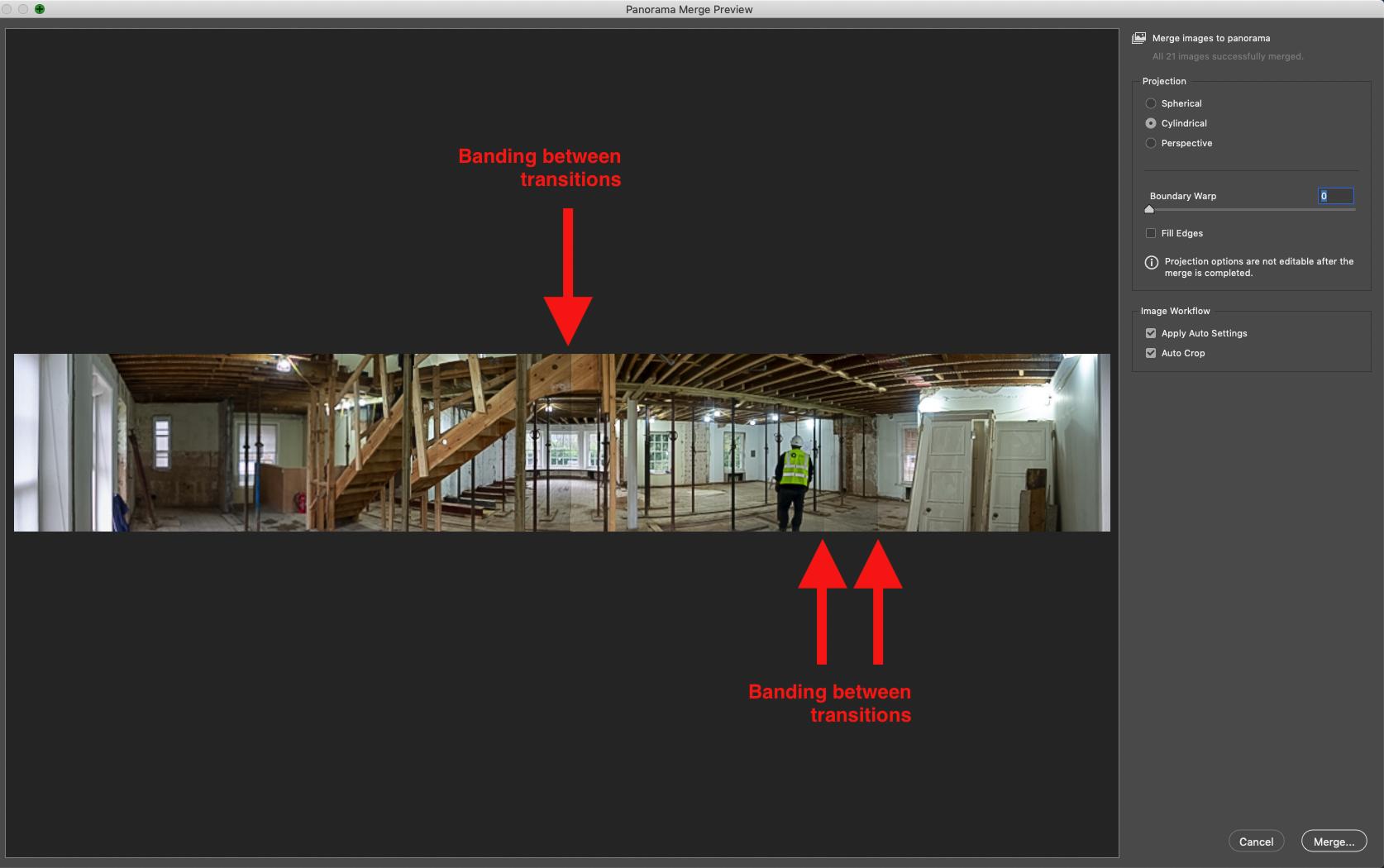 The panorama in the above photo is made up of 21 individual files (i took more than i needed as i thought it might make for a better result).

I am not able to take the photos again, but if i could, for future knowledge, is there anything i should do different ?

The banding is caused by differences in exposure across frames. You have several options to address the problem.

I use auto exposure on my camera if the dynamic range of the scene is within Hugin's ability to correct it automatically. If dynamic range is greater than Hugin can handle, I attempt to adjust the composition. If that doesn't fix the problem, I don't bother taking the photos because it will be time consuming to process with results that are likely to be poor.

Based on what I can see from your sample image, it does appear to be salvageable. I would use Hugin, but you may be more comfortable manually editing the images in Photoshop so that the seams will match more closely. With so many images, it will be time consuming. You can reduce the work by removing unnecessary images and images that obviously don't match the others. You can try using gradient masks to change the brightness across an image to match different exposures in adjacent images.

You should avoid having photoshop do anything automatically if you can. As long as you have a good monitor and good eyes, everything you do by eye will be far better than what software can do. Turn off all image correction in your camera and do levels, contrast, and saturation by eye.

Use the fewest pics you can use to make it look good as far as perspective and whatever else is going on in the pics. Make the panaroma. Ignore the exposure differences and line up the pics to look good.

The basic idea is to cut pictures in half or more sections. change the lightness to match the next pic, and use soft edges to blend the pic together. Below I took an example section like it was one pic, made two copies - one for right edge, one for left, matched the left pic's lightness to the adjacent pic, took a giant eraser with 0% sharpness and erased the right side of the pic. Below is example.

You'll see that doing it this way means you'll probably only need a few pics. If the exposure really changes, you can add extra pics for exposure. You know, cut a pic into as many exposure slices as needed. 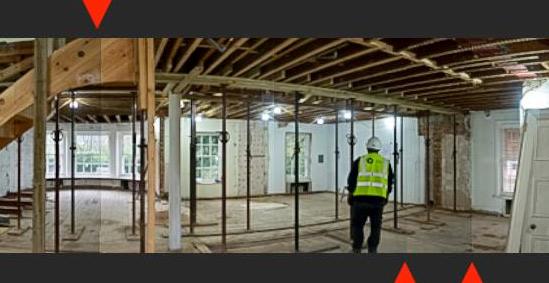 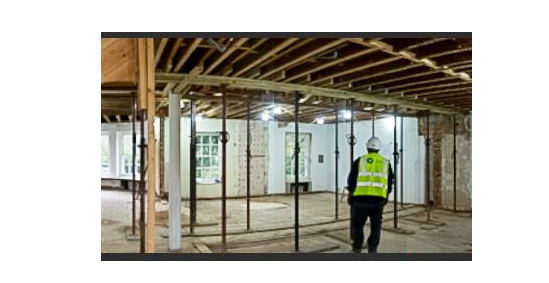 Here is that pic with the lightness on the right edge changed to match the next pic to the right. You see how the left edge has gotten way too light: 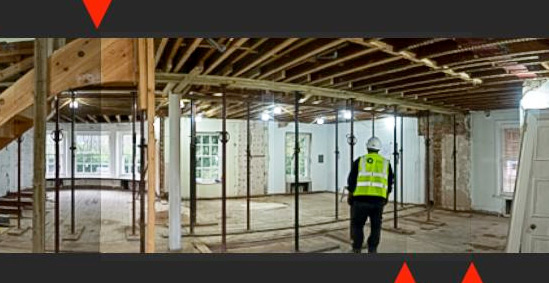 Then do the same with the left edge pic. Match it to the left edge and then do a super soft edge so it blends. I just swipe with a giant 0% hardness eraser but you can use marquee with feather to do it precisely 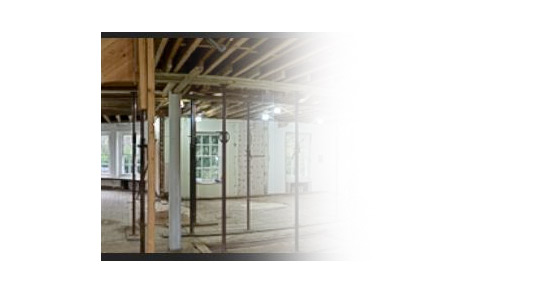 Then put the half cut left edge layer over the right edge layer, check to see if it looks ok in the middle - if you can see the exposure blend 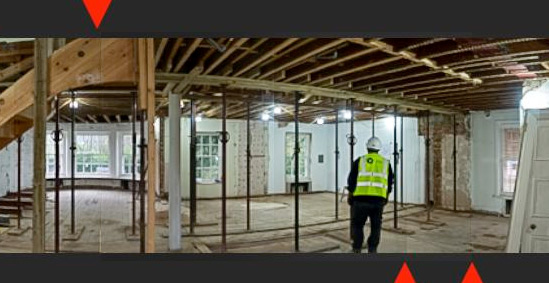 Not the answer you're looking for? Browse other questions tagged photoshop panorama or ask your own question.

8
What are the best techniques to take 360° panoramas?

7
Can I stop Lightroom from creating a TIFF file when exporting to Photoshop?
10
How does Photoshop/Lightroom get the Colour temperature of a Raw image?
5
How can I reopen a file in Photoshop Camera Raw node?
21
How can I stitch a panorama correctly if I moved the camera along the horizontal axis?
0
Is there any difference between using camera filter and photoshop like software postprocessing?
2
How to automatically crop to a rectangle after creating panorama from unaligned images?
0
How to prevent this exposure/tonal shift when stitiching an HDR panorama in Photoshop?
5
How to get panorama using few photos warped properly?
1
360° Spherical Panorama using 4 camera on the edges of a car possible?