How do cameras convert colorful noise to colorless?

Modern phones have some amazing processing of the data from their cameras. For example, the raw image below of a sculpture in a park after sunset (demosaiced using IGV method in RawTherapee and developed in the "Neutral" profile) has some colorful noise, which is totally colorless in the JPEG shot of the same scene with the same parameters (shots done using RAW+JPEG mode in OpenCamera). The photos were taken using Samsung Galaxy A320F/DS at aperture f/1.9, shutter 1/16s and ISO 2149. I've also seen similar processing in the Raspberry Pi camera V2.1 (Sony IMX219), and many of the modern DSLRs appear to also lack any colorful noise in their JPEGs, still having colorless noise.

I wonder, what algorithms are used to achieve such conversion of colorful noise to colorless one? Is it some high-ISO-optimized demosaicing? Or is it a special denoising algorithm applied after demosaicing? Or something else? 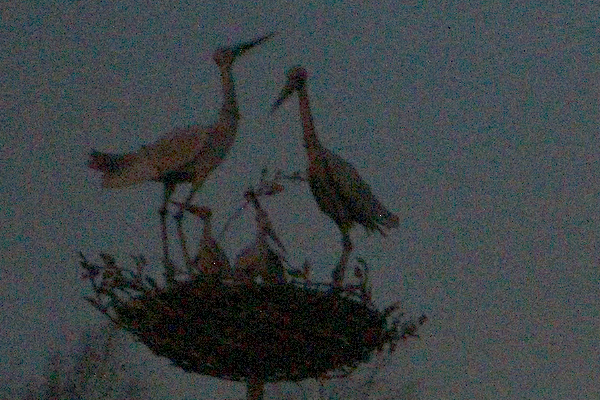 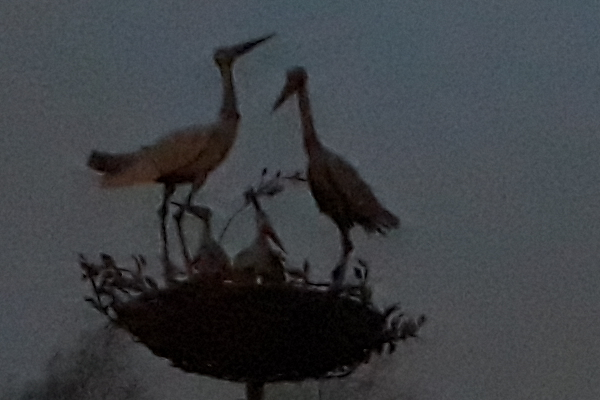 I wonder, what algorithms are used to achieve such conversion of colorful noise to colorless one? Is it some high-ISO-optimized demosaicing? Or is it a special denoising algorithm applied after demosaicing? Or something else?

There are different algorithms that can be applied at various stages of processing. You can look at a raw processing application, such as Raw Therapee, to see what methods are available. Some demosaicing methods are designed to reduce color noise and artifacts. Other noise reduction occurs after demosaicing. What a particular camera or phone uses depends on what the developers decide to implement.

If you need to reduce chroma noise in an existing image, a simple way to do so is to blur only the chroma channels.

The most common form of noise is called "fixed-pattern". This is a static like function that occurs when the camera logic turns up the amplification applied to the imaging chip. Their is an amplifier in each light sensitive photosite. Each will have a slightly different efficiency. When the amplification is turned up too high, to gain sensitivity so the camera operates in feeble light, some photosites that should image as white, display some gray or false color. Some that should image as black, display as dark gray or false color. Software can be written to identity these noise induced defects. Thus a correction can be applied to mitigate.

There are many algorithms, for instance the Selective Blur in Gimp:

The Selective Gaussian Blur plug-in doesn't act on all pixels: blur is applied only if the difference between its value and the value of the surrounding pixels is less than a defined Delta value. So, contrasts are preserved because difference is high on contrast limits.

Working on your raw image: 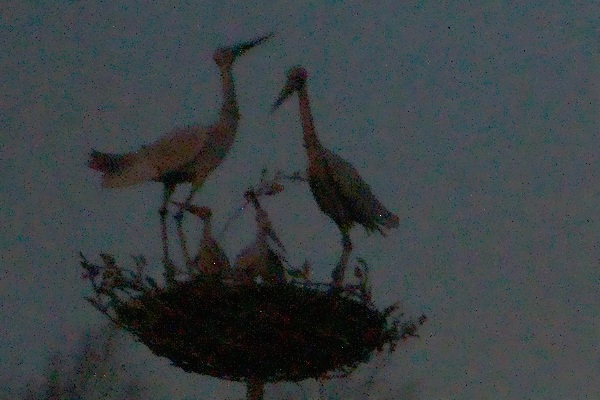 Not the answer you're looking for? Browse other questions tagged raw noise-reduction algorithms or ask your own question.

11
Does the Canon *.CR2/CRW format contain “truly RAW” data?
6
How can I improve the results of my proprietary RAW processing pipeline?
5
What algorithms or example tools are there for denoising of images in Raw format?
4
How can I completely avoid noise for stock photography with my Canon 650D?
6
Why doesn't noise reduction have any effect in Rawtherapee?
2
Seeing a lot of noise when editing in RAW
4
Where does this noise come from and how to get rid of it
1
How to reproduce camera noise reduction using open source software?