How to get sharper photos with a kit lens when in low light conditions?

I took my new Nikon D7500 out yesterday and its my first DSLR. I would like to get some thoughts on shooting sharp photos in low light conditions with it.

I was shooting after sunset but before nightfall in a park. Since the lighting was changing rapidly, I set the camera to Aperture mode and tried setting the aperture high since I was shooting landscape. But unless I brought it down to around 3.5-4 I couldn't get anything. When I did so, the shutter speed was coming down to 1/8 of a second or 1/3 of a second and at times even 1 second. When I tried manual again the shutter speed had to be this low to have the metering display be at 0. I didn't have a tripod. So I believe that was one reason why I couldn't get sharp photos. I had the ISO around 3200 and sometimes even 6400. Still I couldn't increase the shutter speed more than 1/8.

In such conditions, how can I shoot sharper pics? Most of the pics I took were blurry or shaken. I was using a Nikkor 18-140mm kit lens. Is this a restriction of the lens or can I do better with my settings? Any advice would be much appreciated.

Find some way to stabilize the camera, if no tripod place it on top of something like a table or your backpack.

Set iso to 100 and set a 2s timer, press the shutter and release the camera. Wait for a couple of seconds of exposure and hope your subject is not moved by wind or similar.

An example of this technique, camera (panasonic lx3) was leaning against the lens cap placed on a handrail. 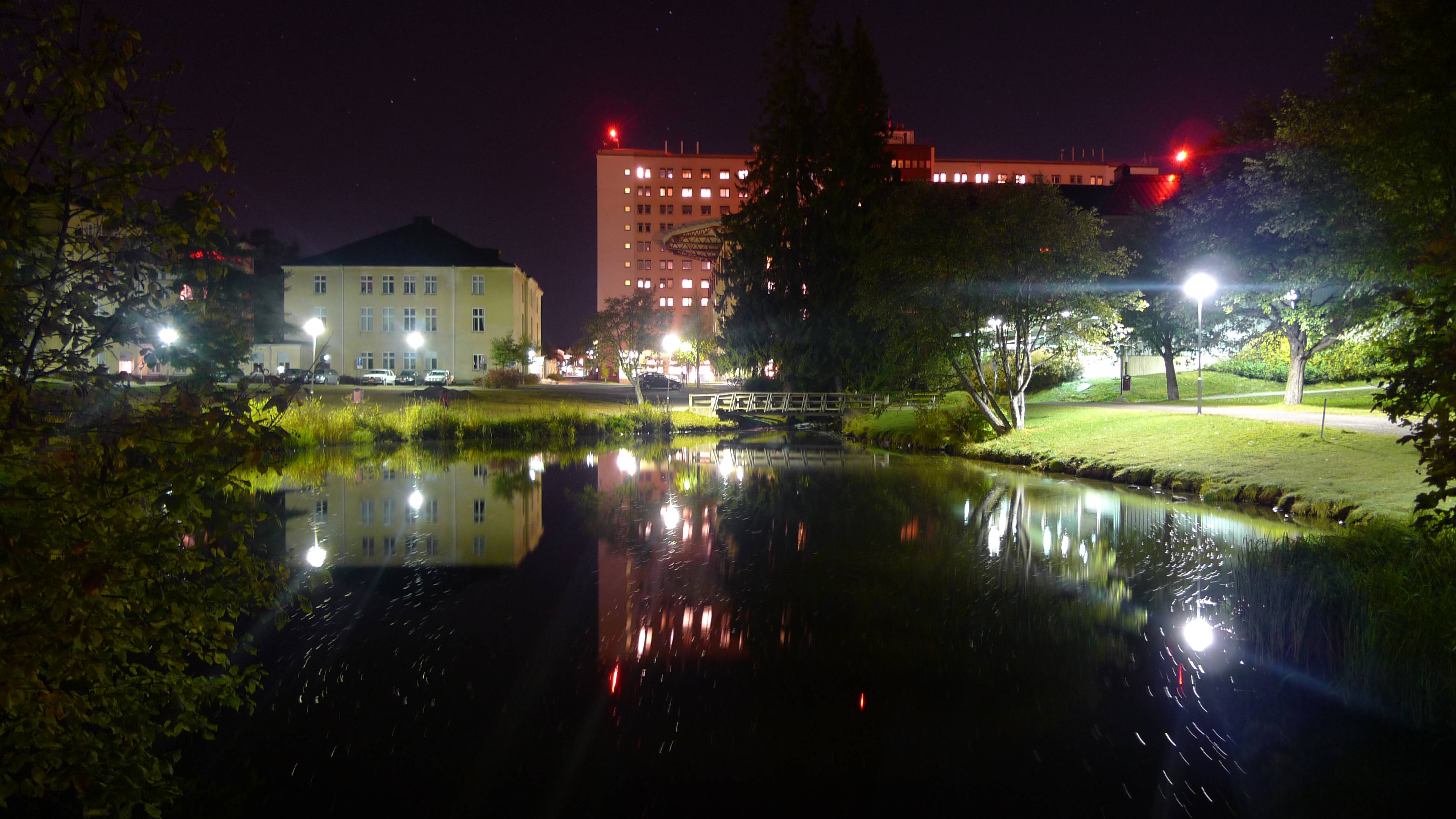 In low-light conditions you are struggling for any photon useful...

If you ran out of options above, there is another one. Shoot in bursts. Shoot many slightly underexposed pictures with the DOF and motion blur you actually want. Then stack them in postprocessing.

For long shutters use tripod. Remote control helps a lot as well. Sometimes even the mirror moving is disturbing, but even this can be anticipated sometimes.

The lens will focus just as well in low light as it does in normal lighting. However, the camera’s autofocus system won’t work as well (if it works at all) if there’s not enough light. As well, if you’re using an auto exposure mode, the camera will likely pick a large aperture, so the lens won’t be as sharp as it might be at, say, f/8. Or, if you pick a smaller aperture, motion blur can be a problem. Motion blur isn’t a focus problem, but it’s sometimes mistaken for one. Likewise, you or the camera might choose a high ISO setting to reduce the exposure time, introducing noise that’s also not a focus problem but which still makes your images look less sharp. And if you go with a low ISO in very low light, you could again run into sensor noise, this time from accumulated heat during a very long exposure. So...

Not the answer you're looking for? Browse other questions tagged nikon zoom sharpness kit-lens nikon-d7500 or ask your own question.

11
What is the relationship between ISO, aperture, and shutter speed?
1
Lack of sharpness / focus in low light