My negative is completely black and opaque — is this a camera problem, my mistake, or the lab's?

This is the second roll I took with my Minolta X-700 which I recently started using. The first roll came out completely fine but the second one I finished came out completely blank. I didn't open the camera before I rewound it and the staff at the camera store put the film in for me and everything was fine. I've heard that if the numbering at the edge of the negative doesn't appear there could have been a problem caused during the developing process. I'm trying to figure out if it's a camera problem through my third roll, which I didn't expose fully but rewound mid-roll and have taken to a different developing service. If there is a problem with my film camera I can repair it and fix the problem, but what if it's the store's mistake? I have no idea what to do. Does anyone have similar experience like this?

edit: it felt smooth when I was rewinding the film and the third roll, which I took to a different camera store, was fine as well, because when the staff was rewinding the roll, she said that one is completely fine. The film that came out blank was Kodak 200 colour, and the third roll I used was Kodak Pro Image 100. I purchased the film in early June this year. The film was in the camera for about 3 weeks. I always put the camera in my room and never left my camera in a car.

edit2: I brought the roll (Kodak colour 200) and it was a new roll which I purchased at the same store around June this year. Besides I checked it on the spot that the shutter was working properly (with the cap open to make sure it was winding well) and the boss of the store put in the roll.

Besides, there is no children in my household and no one else have opened my film camera before I rewound it, I can assure that. Also yes the strip is completely black from end-to-end and there is literally nothing I can see on the strip. 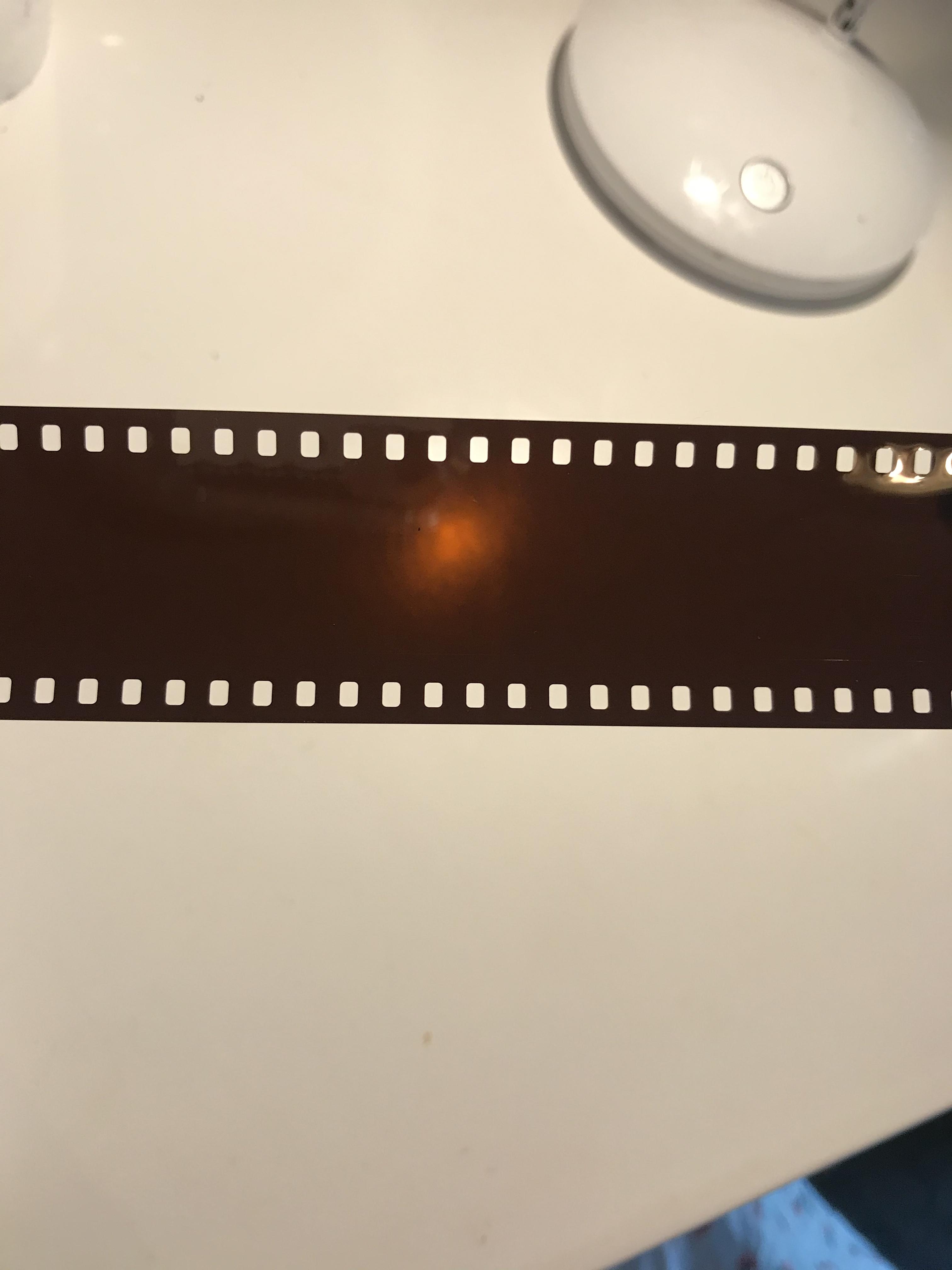 what if it's the store's mistake?

With regard to this specific question, you will almost certainly find in the terms & conditions of the film developing service that in the case of error on their part, they hold themselves only liable to replacement of your film with a new, unexposed roll. What that means is, if they make a mistake in development and you don't get any photos back, they will compensate you by giving you another roll of unexposed film to use. For this to happen, they will have to discover/admit that they made a mistake.

In my personal experience though, users are far too quick to blame the lab. Often the problem comes from elsewhere. With respect, you are a new film user, using a decades-old camera. The lab does this every day of the week. It is more usual that errors are due to old, malfunctioning cameras, user error, or mishandled film, before ever reaching the lab.

If negative film is completely black, it could be over developed or exposed to light.

With transparency film, if the film was loaded incorrectly, it would not be exposed and would also come out black when developed.

Most people will interpret "blank" to mean that the film is clear.

This film is completely fogged. That means it has been exposed entirely to light. If you can look down the strip and see if there is anything in it that shows an image you'll have a better idea if it was damaged prior to loading or after.

It's unusual to have fog go all the way to the paper tape at the end of the canister. So look at the very end of the roll. If everything is completely black for the entirety of the roll the odds are the film was pulled out of the cassette and exposed to light. Now that can sometimes happen during processing if the chamber is left open (the film is taped to cards that run through a machine), but it's doubtful. Most are interlocked to prevent it.

I had a similar experience with an old film camera I tried (Chinon CE-3), and the reason was that the film hadn't been properly loaded.

I had been used to more modern film cameras, where you could just casually throw in the film, and the guide rail would pull the film forward between exposure. But in this camera, you need to insert the edge of the film into a slit in the take up spool, which I wasn't aware of.

When rewinding the film, did it "feel" normal? In my case, I felt no resistance at all when rewinding.

Do you have children in the house? Is it possible that a curious child (or, I suppose even a curious young adult who has never heard of film cameras) might have pulled the film out of the cassette to see what it was, and then wound it back in?

Other answers here talk about "mistakes" and "defective old cameras," but I find it hard to imagine how anybody could fail to notice a mistake so bad or a camera so defective that the entire strip would be fully exposed from end-to-end.

2
Why did my whole roll of film shot with my Olympus Infinity Zoom come out blank?
6
Olympus OM-10 35mm - Film not gone all the way back into the cartridge
3
What do properly developed negatives look like?
2
Why are my negatives completely black and opaque when developing with caffenol?
0
Why did my color film overdevelop? Please help!
2
New roll of film rewound into canister after 4 exposures
2
35mm White line across photo / Yellow tint all over exposure
1
Color negatives came out blank
1
Film scans came back very blue
3
Black and White Slide Reversal came out completely black