So I've been on this problem for about a year now and haven't been able to solve it. I gave up on it a while back, but now I'm researched up and ready to get an answer.

I'm trying to fake a long exposure by taking multiple RAW photos and doing something with the Bayer filter values in order to get the effect of having left the shutter open for that long.

The idea I have in my mind is that, intuitively, long exposure works by leaving the shutter open for longer, and so the light sensor values (that RAW pictures store) are simply an aggregation of multiple shorter photos' values.

The problem I'm getting is with how I can quantify that aggregation. I found that many different methods fail, and I'm not sure why. If I simply average out the multiple photos, I get a heck of a lot of noise reduction. So that part is nice to have. I can later use Camera Raw to brighten up the photo and I'll get a close approximation to what I would have gotten with a 1 sec long exposure. The problem is, I want to do that on-device. I'm currently using an iPhone to test, but I don't think that should matter.

The problem is that that gives me really pink pictures like so: 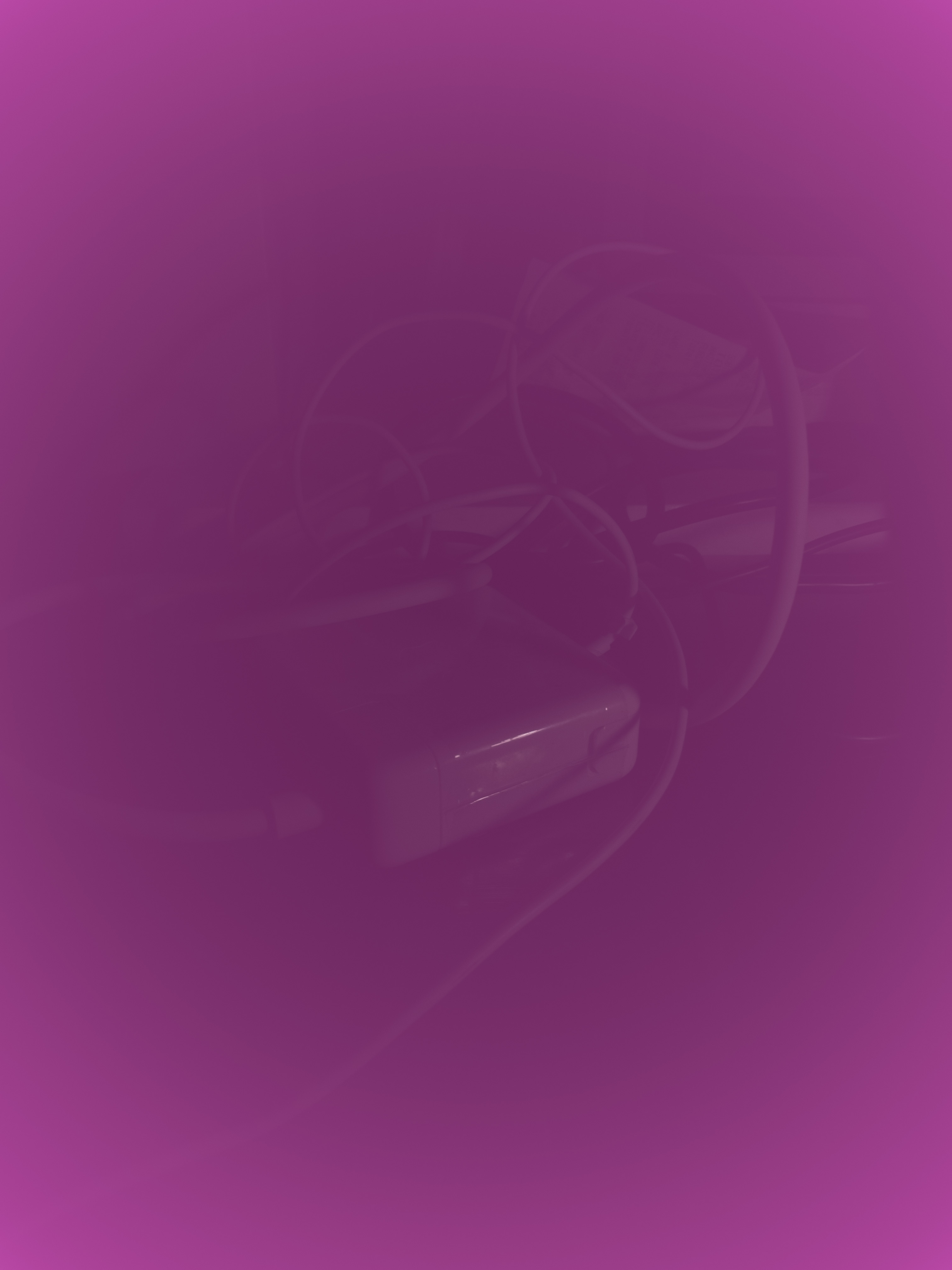 I tried multiple different variations of the above formula. One that I thought was promising was the derivative of the sigmoid function. The reason why I used the derivative of the sigmoid is because I did a case-study where I studied the effect of final RGB outputs as a function of the "EV" slider value on Photoshop Camera Raw, and found a sigmoid-like pattern. Here is what that looks like when I plot it for some pixels: 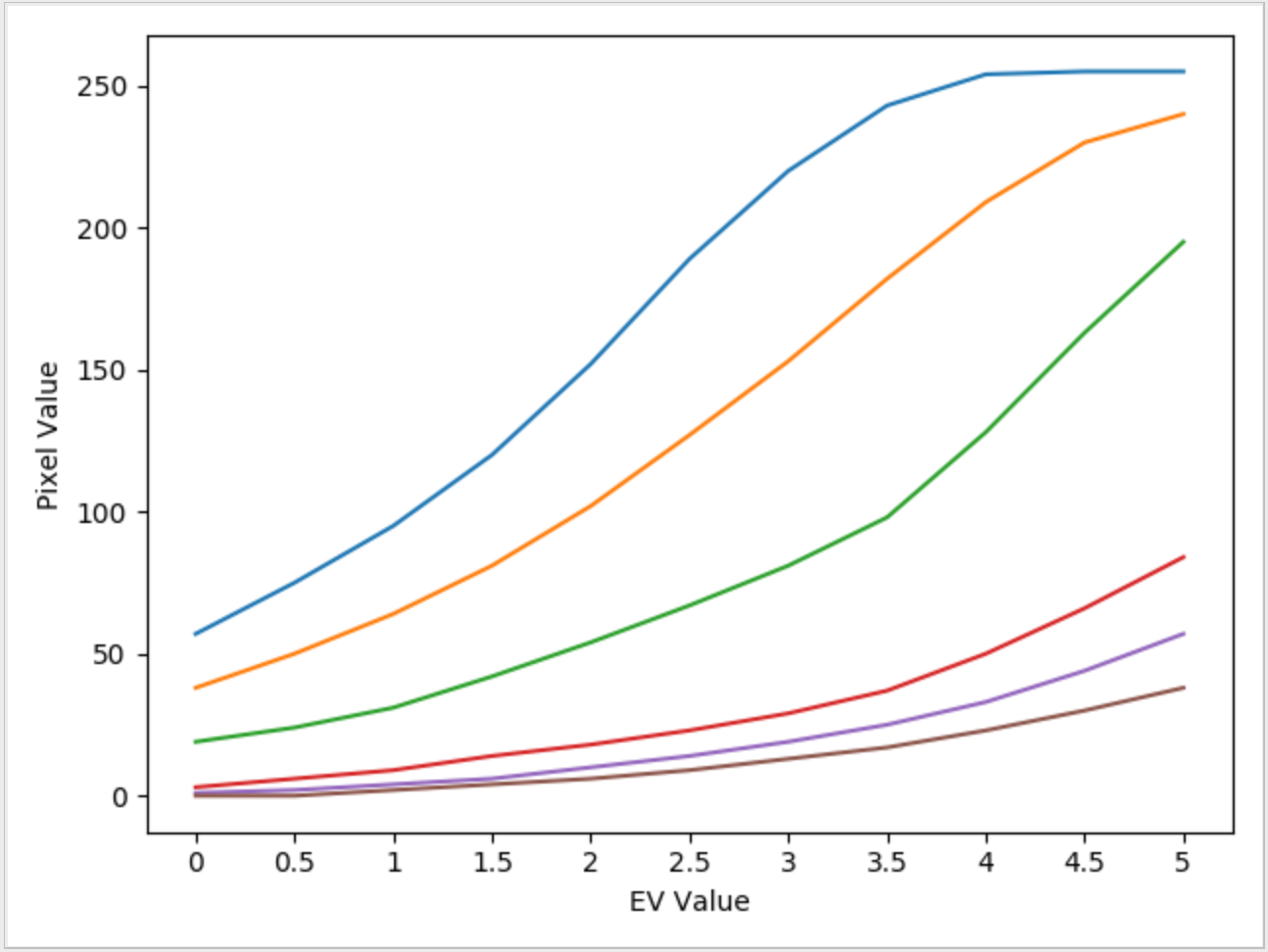 So I thought maybe the derivative of the sigmoid (high changes for middle values, low changes for low and high filter values) would fix things. I normalized the filter values to a 0-1 range by using the camera's black level and max bit value. I made some modifications to the derivative so that it would fit within the range of values 0-1, this is the function I ended up with. I then multiplied by number of pictures taken, to emulate the EV slider in Camera Raw.

Here is the formula for that (in python):

Running this formula, I get a similar result: 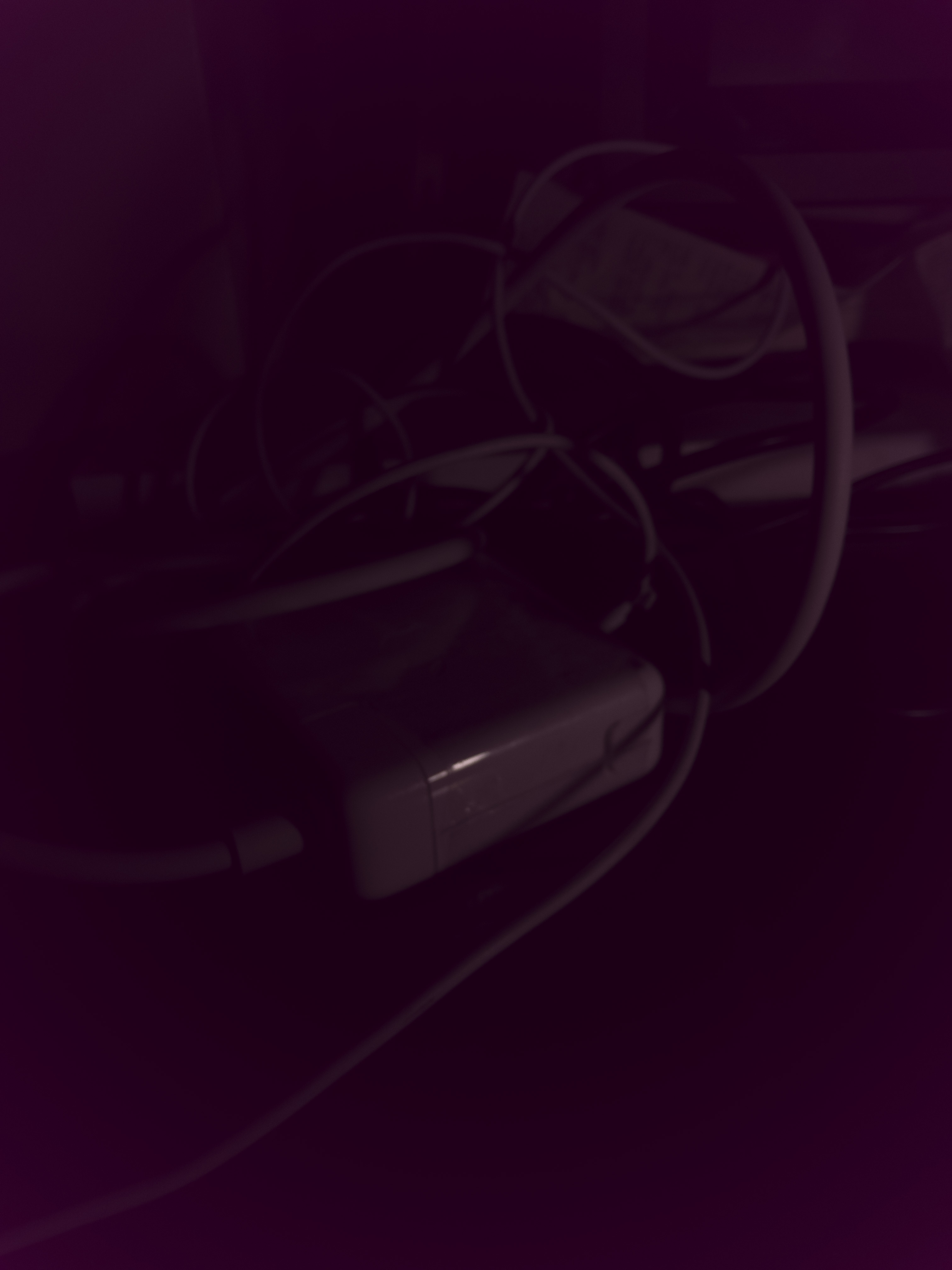 As you can see, it's still pinkish. The pics above are JPEG's yes, but I'm actually working with the RAW's. I just had to upload them as JPEG's so they can be attached inline.

Pink happens when there is a lack of green. The camera has a bayer filter layout of RGGB, but I really don't see how I could be getting this effect. Anyone have any idea what is to blame here and how I can adjust it programmatically. I have the entire pipeline set up. I only need the formula, but somehow it's not working. I've coded this up in Python and Swift, and the results are the same. There's definitely an issue with the formula using the RAW bayer filter values. I think this is a cool challenge, but I've reached the end of my wits on this.

UPDATE: Here are the histogram results for the picture before and after the exposureAdjust function is applied. It seems like the green channel needs to be adjusted differently?

Your results are decidedly magenta and that is the opposite of where they should be. They should be green for an uncorrected bayer RGB.

I suspect that your observed sigmoid correction was heavily influenced by the raw data already having a white balance correction applied in ACR. You may even be getting "doubled correction" at this point, but I don't know.

This article on Uni-WB has a lot of information on the raw data corrections/methods and WB correction factors. http://www.guillermoluijk.com/tutorial/uniwb/index_en.htm

27
What are neutral density filters and how do I use them to create long exposures in daylight?
6
Is "saturation" an image-processing concept?
4
Understanding Lightroom/ACR Exposure Non-Linearity
1
Sum of pixel values more than incident photons
2
Is my Tamron lens VC (image stabilisation) working properly for long exposure photos taken with a tripod?
1
What smartphone specs should I look at for fast RAW exposure bracketing?
2
How to exposure stack RAW photos while also outputting a raw photo?
7
Long exposures create red noisy glow.. but only with one of my lenses. Why?
14
What's the biggest difference between these two photos of large animals?