What would cause these white straight but slightly squiggly lines? 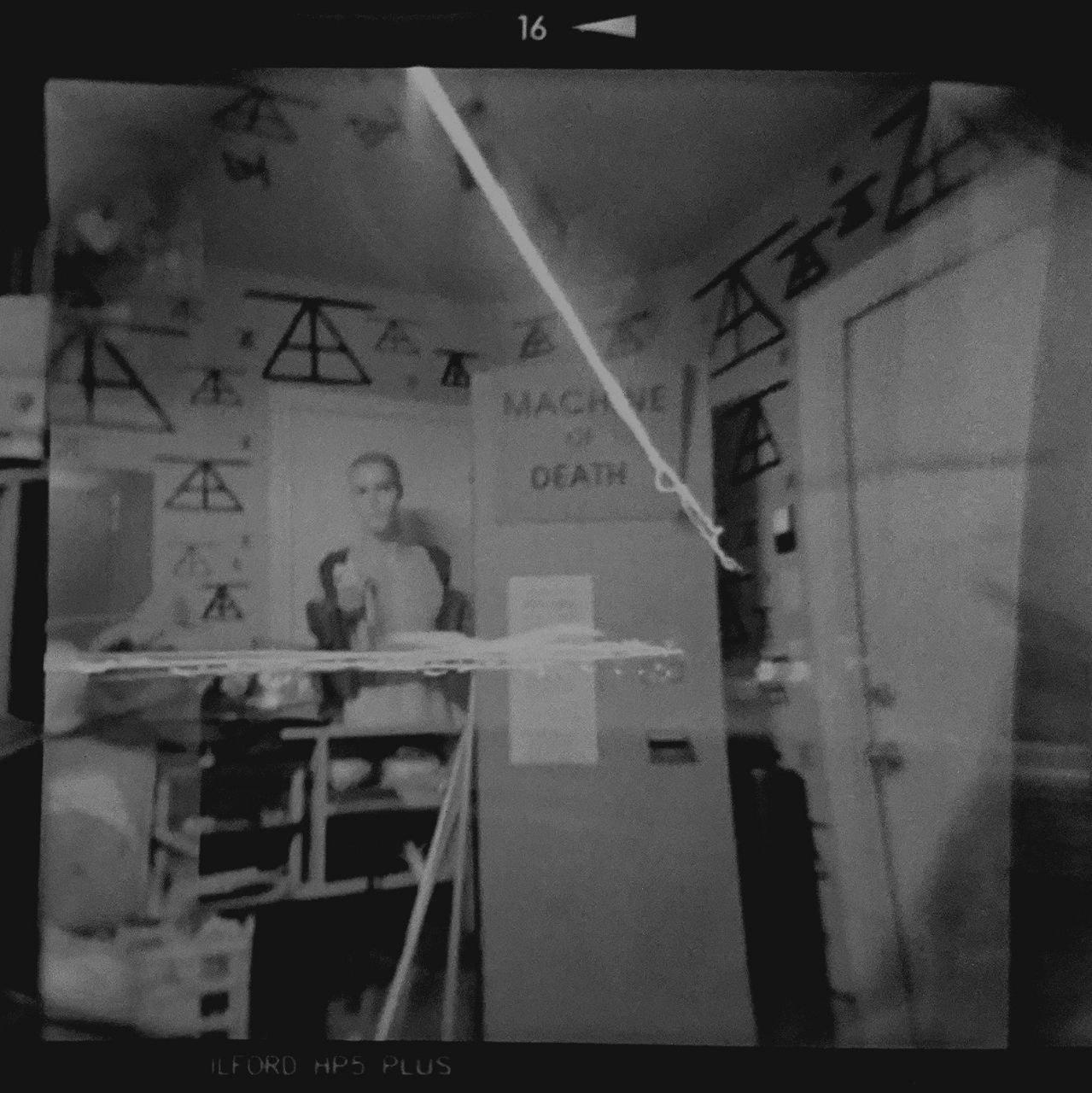 I'm using a Holga 120n camera. I look this photo in my garage with my camera stabilized on a table. I noticed two streaks on the photos after developing it. This is the only photo on the reel with this issue. I would normally think that it was introduced by moving light, but there's nothing like that in my garage. The two streaks are also angled differently.

Does anyone know what would be causing this? I'm using HP5 120mm B&W film. Thanks!

Below is a photo of the negative unaltered: 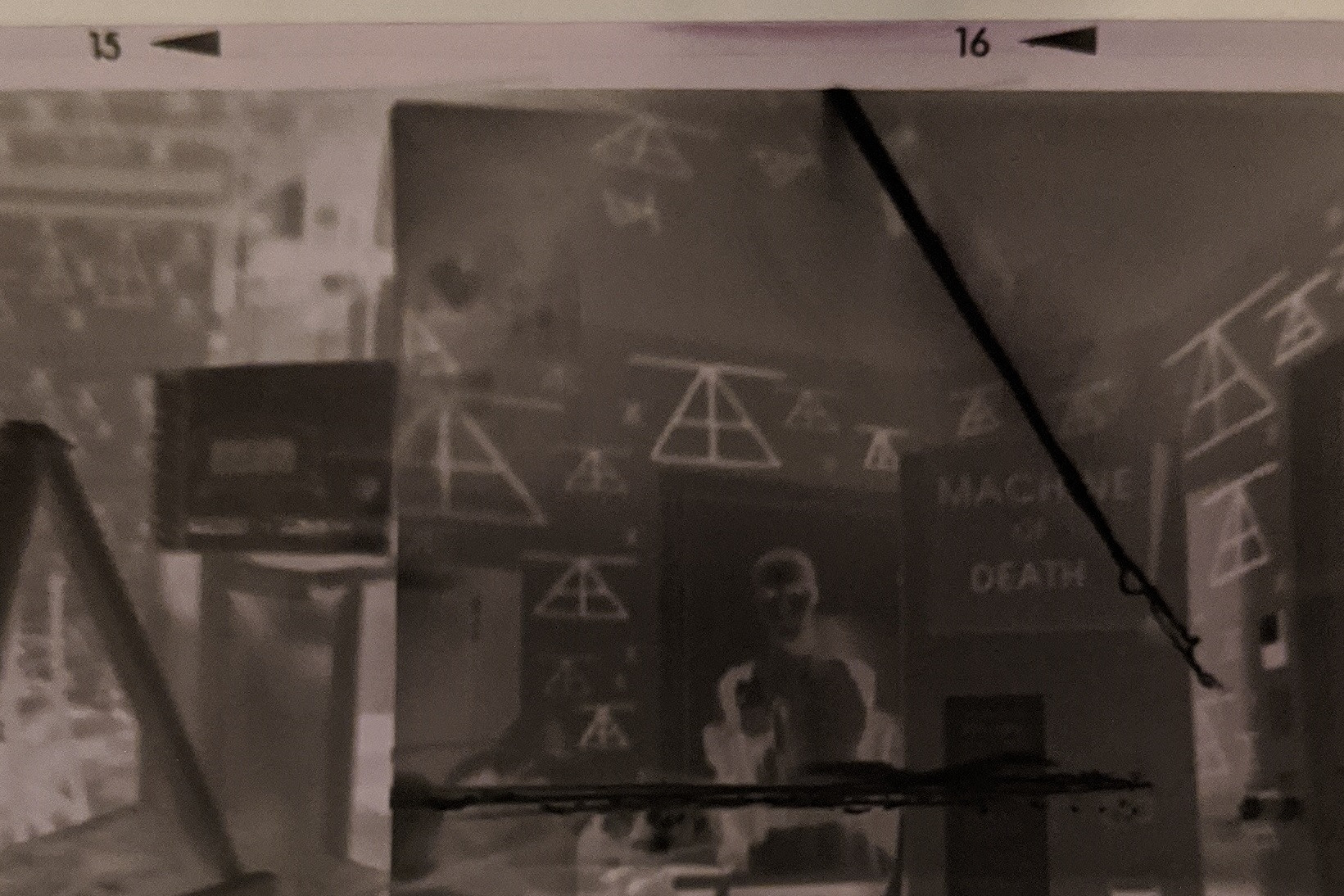 The real tell here is the negative: The effect terminates with the edge of the frame. That means it can only be a light leak, somehow. Whether it is in the film back or in the camera itself, something is letting light in. It might be the finder, but I'll be honest- it doesn't look like anything I'd expect to see. I almost wondered if it was 'glow in the dark' fibre sticking in there on the surface of the film, but that's solid exposure and density and sharp. Not too many things will do that especially at the edge of the frame.

I'd take a good, solid look inside the camera body and see if you can make something out there.

Not the answer you're looking for? Browse other questions tagged film artifacts developing negative-film or ask your own question.

28
Why are these film photos brighter than digital photos taken at the same time with the same settings?
1
How should I develop my overexposed Kodak T-Max (negative BW film)?
3
What is the black silt in bottom of my film developer?
19
What causes these white, squiggly lines in my photos?
5
What are these vertical lines of my negative?
6
Tri-X compared with HP5 plus, grain
1
Why did my developing tank almost burst open when using citric acid as a stop bath after developing with caffenol delta recipe?
3
Portra 400 looks desaturated and has sprocket leaks
2
What is causing these horizontal lines on developed photos (35mm)?