I took this photo of a sunset a few years ago. Would this image be considered a low or high contrast image?

Looking at the left hand side of the image (with the bright yellow sun), I believe there is indeed high contrast between the bright yellow sun and the black silhouette at the bottom. However, the right and middle of the photo is red-orange-ish and a bit darker than the yellow at the left side. So my question is: Is the middle and right side also high contrast with the silhouettes at the bottom? If no, does that mean the image is both high AND low contrast, depending on which parts you’re comparing?

Basically, if you were to given the question, “how would you describe the contrast of this image?” How would you answer that question? 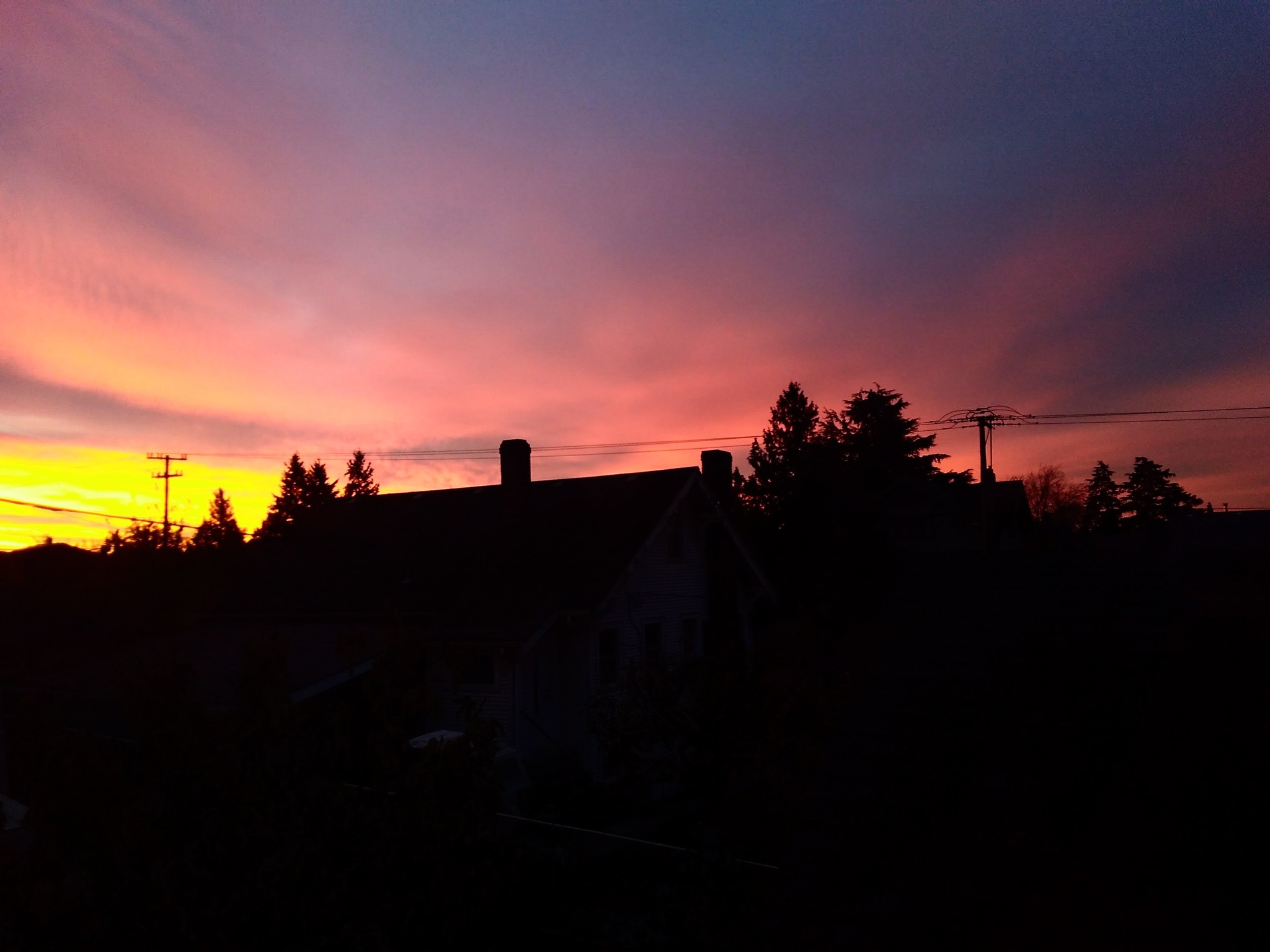 The word contrast as it relates to a picture is defined as the degree of difference in tonality.

Would this image be considered a low or high contrast image?

A high contrast image tends to have a histogram with peaks on both ends and not much in between.

A low contrast image tends to have a histogram with a single peak anywhere in the image and not much anywhere else.

Images with more even distribution along the entire histogram can be said to be neither high nor low contrast. 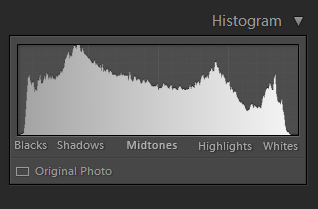 Your image has a large peak on the left end denoting the almost pure black shadow that covers roughly half the frame. But there's no corresponding peak on the other end that shows the other half of the frame to be at or near full saturation. So it's not a high contrast image. On the other hand, there are a wide range of brightnesses in the image, even if most of them are very limited in terms of how much of the image is that particular brightness, so it's not really a low contrast image, either.

For me also middle and right part of the image are also high contrast.

Here is the histogram of the middle part: 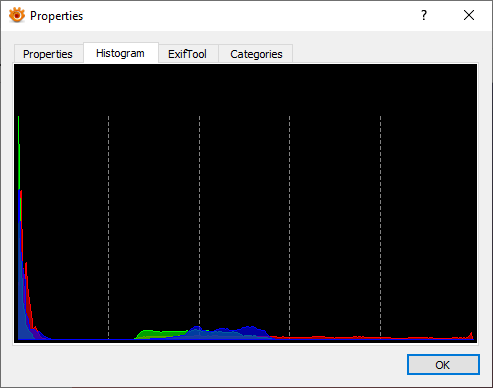 Here is the histogram of the right part: 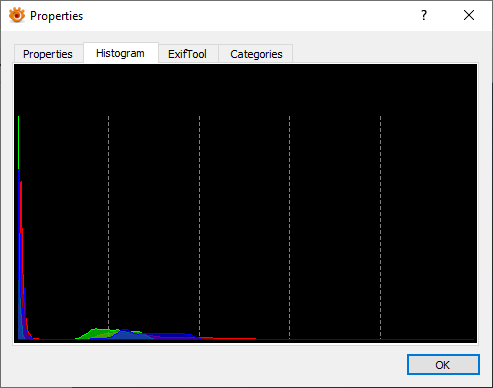 Of course the contrast is not so high as in the left part, but it is strong.

And the right side of the image is darker obviously. ALso you have there a mixture of colours when on the left side is mostly red. 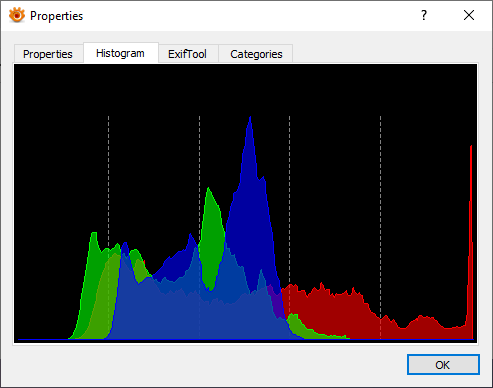 Not the answer you're looking for? Browse other questions tagged terminology contrast or ask your own question.

6
How do I get a portrait with sharp, sparkling, high-contrast eyes as in this example?
13
How to edit the exposure/contrast of two different areas of a photo with a smooth transition between the two parts?
9
How to deal with large exposure shifts during time lapse?
1
Why are details lost when dynamic range is high?
0
Is there a list of technical terms for angles shots are taken at?
3
Can I tell which photo has more contrast from their histograms?
3
How to increase contrast when shooting drab scenes
3
How can take a better picture of this creek under bright sun light and dense vegetation on banks?