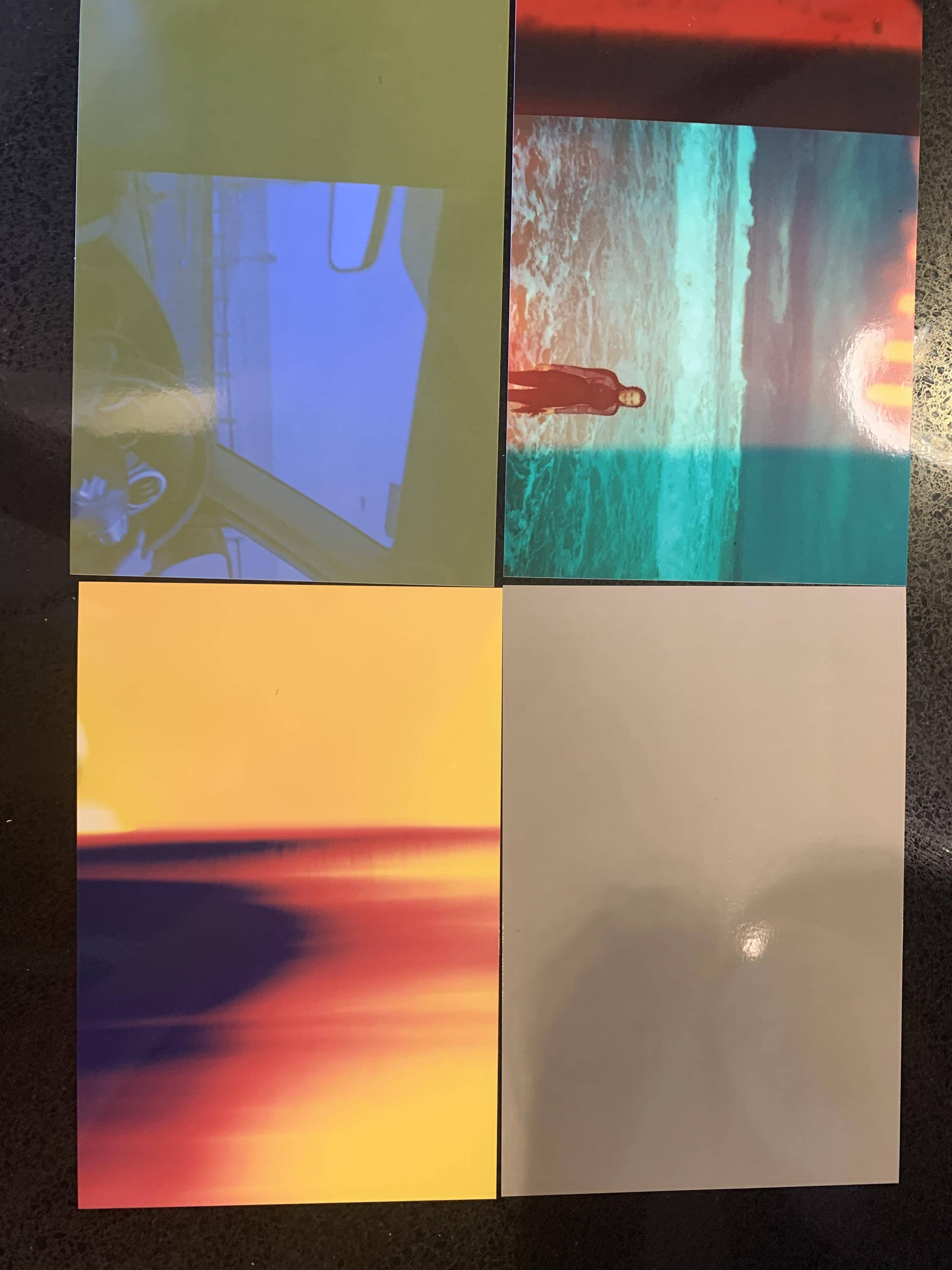 Hi I was wondering why my film has come out like this? Is it my fault, the camera faulty or they developed it in correctly? I just got this camera second had in really good condition and it’s my first time using it

Sadly, your film was fogged.

"Fogging" is where the film is inadvertently or deliberately exposed to light prior to development. It can be a light leak within the camera, the felt leader area could be damaged, or it could have faced 'up' in the sun. It's also possible to be chemically fogged or heat fogged, but those are rarer and require much more work to do so. Time also 'fogs' film, but that's usually a combination of chemical, heat, and radiation.

Looking at the supplied images, I'd say it's a light leak fog.

Going around your image, the top left is underexposed significantly and probably isn't fogged, or possibly the film was old leading to darker negative with insufficient exposure to print in that manner. The top right you can see that the film's sprockets are visible on the right side- based on that, I'd say the cartridge was opened and light leaked into it. This was common if we couldn't get the film out of a can (we used literally a beer cap opener) to pry the top off and stuff it into a special loader box. Typically did it in a dark room or a dark bag, and if any light got into the 'loader' box (felt lined and a snap down lid) you'd get that. You could also get that if you opened the back of the camera quickly.

The bottom left is just junk, no image, it's just random light hitting the film, and the bottom right is a 'blank' frame that was accidentally printed.

2
Why did my whole roll of film shot with my Olympus Infinity Zoom come out blank?
4
What caused excessively high grain in Delta ISO 400 film developed by a shop?
6
Olympus OM-10 35mm - Film not gone all the way back into the cartridge
4
Poorly developed pictures or camera issues?
2
Why do all my film color negatives come out transparent?
2
Why did only the last picture I took actually come out when developing a 35mm film roll?
1
why did my film come out like this?
5
First film roll just got developed and all my pictures have a white fog on them?
0
My film didn't fully develop
9
Developed film has dark/bright wavy line spanning across entire film