Can I get good macro-photos with sigma 50mm 1.4 using extension tubes?

I'm interested in trying macro photography, but I don't want to invest into Macro-objectives yet.

Can I get satisfying results using Kenko extension tubes in combination with a Sigma 50mm art 1.4? Are there any other recommendations? A local second hand store offered me a used Kenko set with AF, and the price is not bad at all.

Extension tubes, so long as they make electrical connection, affect nothing except the amount of light that actually reaches the camera sensor. They have no influence on anything other than the focussing distance.

Because of that, yes, 68 mm of extension tube will get you very very close indeed on a 50mm lens, in fact I've found 50mm to be about the break-point on 68mm tubes.
You may find you have to remove the 12mm, as at 68mm, the far-point for focussing might actually be inside the lens, or so close you keep banging into things.

The fact that it claims to be able to carry the AF information you will quickly discover is more a theory than a fact. It will try to AF, but will almost never work. You are far better off going full manual for macro work. You will also need a lot of light.

If you are outdoors, then you might have to rely on a ring-flash & a bit of guesswork for focus. Indoors I use constant video lighting so I can see my focus easily through the viewfinder.
60-odd mm on a 50mm lens & your DoF is going to be measured in millimetres or less, even stopped down to f/5.6 or f/8, where most of this type of lens is at its sharpest, so you will need a tripod & either a macro rail or use manual focus pull to generate focus stacks.
If you are outdoors or trying to capture something moving, you might need to sacrifice some of the extension so you can get a deeper DoF & shoot from further away to get your subject in frame.

I normally focus stack to get sharp right the way through but this one I did in a single shot to capture just one element in focus, so you can see how shallow each slice of a focus stack would be. This was done on a Nikon 50mm 1.4 at f/4 & either 56 or 68mm extension [I didn't document it at the time]
I actually did this hand-held & just took a couple of dozen shots once I'd got my lighting right, until I got one with the 'happy accident' focussing I liked the most 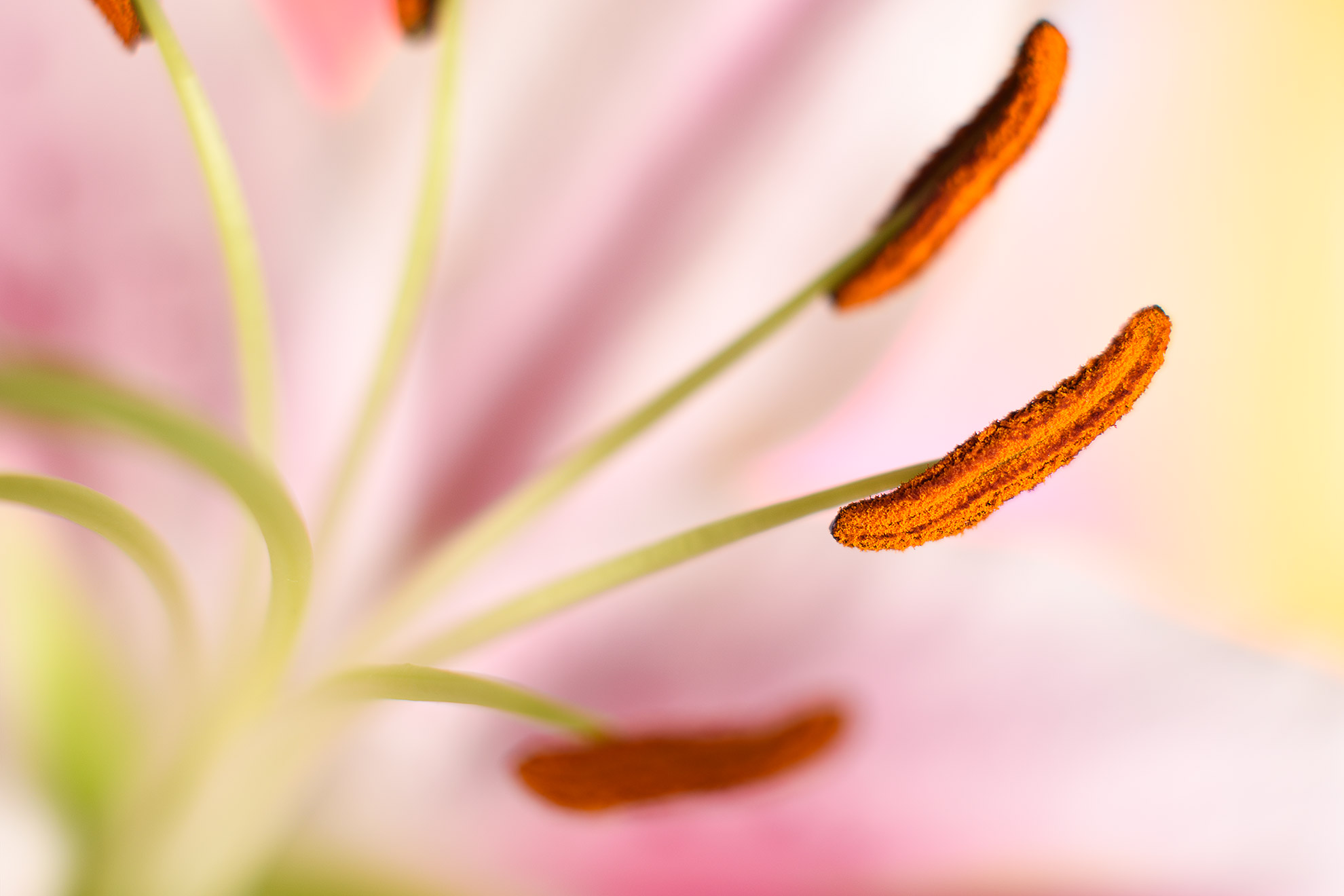 Incidentally, my extension tubes are just 'mickey mouse' cheap tubes from eBay. I think I paid maybe $£€ 25 for them. They have metal mounts, but are plastic otherwise - but they don't wobble, don't let in light & carry the electrical data, so my AF works [in theory] but more importantly my aperture & exposure meters work correctly. As all you are really buying is an air gap not a lens of any sort, I didn't see the need to buy anything more expensive.

33
How can I calculate what the effect of an extension tube will be?

15
Macro photography with an ultra-wide lens and extension tubes?
1
Canon Zoom lenses: 18-135 STM vs 18-200 vs. 17-85
1
What magnification would I get with extension tubes?
3
Can I use macro extension tubes with a non-manual lens?
0
Photography using Tamron AF 70 - 300 mm F/4-5.6 Di LD Macro with extension tubes
3
Are there reasons to go for an f/1.4 over an f/1.8 lens as my first fast prime?
3
What caused the rainbow artifacts in the shadows in this image?
2
Back-focusing with Canon 7D2 body and Sigma 50mm art lens: is the Sigma USB dock the solution?
3
Focussing with Extension Tubes