Why are all indoor pictures with my camera grainy?

I've consumed a bunch of how-to's and understand the basics of f-stops, ISO, shutter speed, etc.

But no matter how I try, all my indoor pictures are grainy. I've read the similar questions and they don't apply (I'm not shooting at ISO 1600 or such).

Where does the grain come from? None of the hints I've read apply. My ISO is low, and while it isn't especially bright, it isn't exactly dark (overcast sky, but this room has LOTS of windows and the bright patch to the left you see is a skylight in the corridor I'm shooting into).

The image is a zoomed-in screenshot in PNG format, so this image was never JPEG compressed or anything. 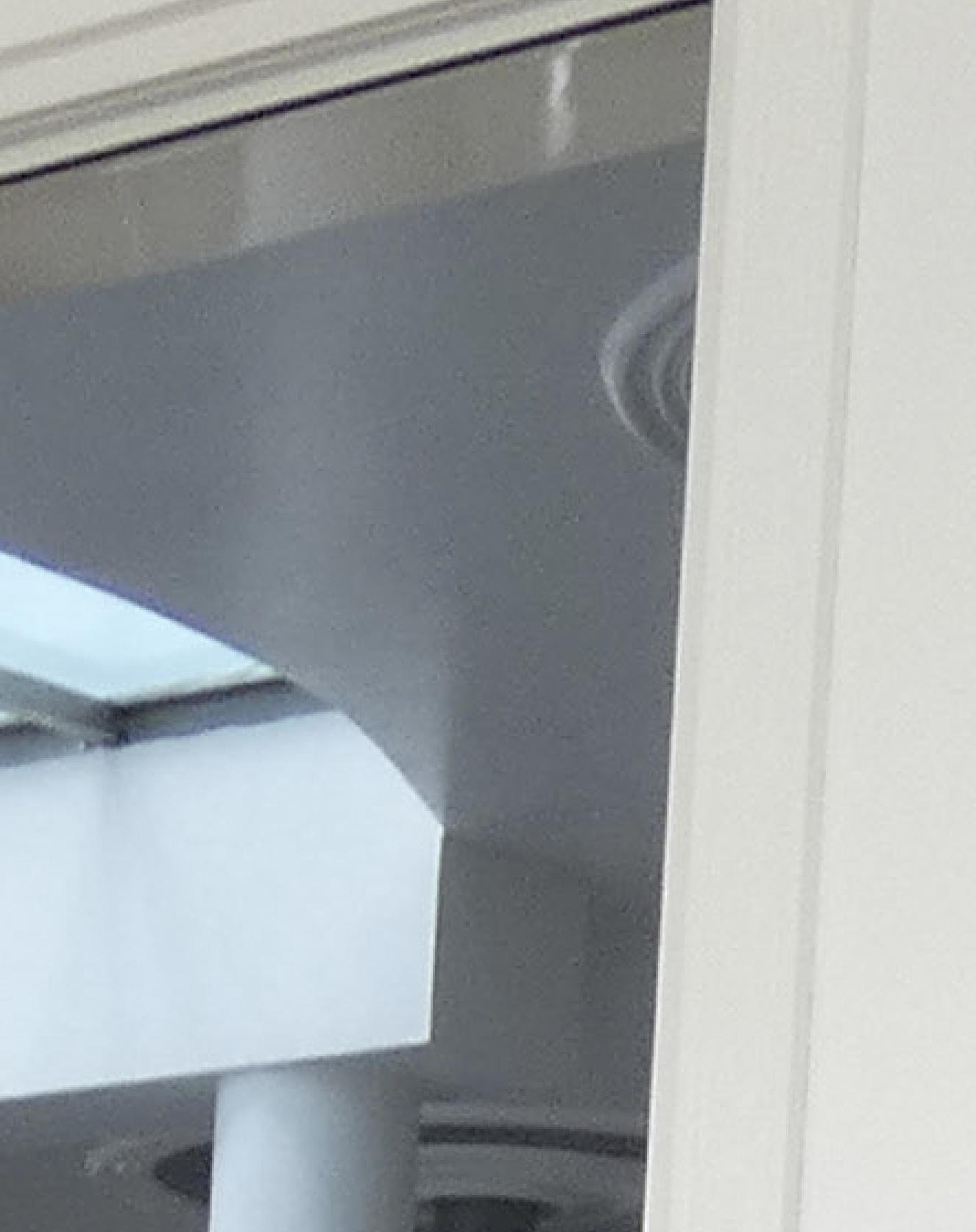 Now if you distribute ISO100 brightness over 18MP instead of 12MP, for the same number of photons per pixel (and thus the same photon noise level) you'd need to set the camera to ISO64. Is the FZ300 noise free at base ISO level? No. It is a small sensor camera, after all.

What is the high resolution good for? For one thing, more fine-grained digital geometric distortion processing: modern compact cameras with large zoom ranges cheat considerably in the optical department, leaving it to the camera to fix up geometric distortions digitally. The resulting interpolation leads to a loss of definition and sharpness, particularly seen in the corners at wide angles. Working with a higher resolution sensor causes less loss of actual optical image data.

For another, cropping and closeup: if you close up, the details may not look great but you get some.

So the most important advice: don't look at the pixel level.

Then the next: avoid acerbating the problem. For an FZ82 this means: turn off edge enhancements/interpolation that amplify noise levels: you have a basic unavoidable noise level because of sensor size and resolution and don't want to make that fundamental problem have more of an impact than it has to have. i.Resolution and i.Zoom and digital zoom all need to be "Off". Images via Imgur are stripped of EXIF data but I suspect that you have i.Resolution active because of the "mealy" noise appearance.

You have enough optical zoom to work with, and enough pixels for edges. Play with your settings for NR (noise reduction) and sharpness. Higher sharpness levels lead to halos around edges and also amplify noise. While you can tamper that with noise reduction, noise reduction also smudges details.

Shoot with as much light as you can get into the camera reasonably (it does have good image stabilisation) and only go as high with ISO as necessary to get good exposure. Don't underexpose: if you cannot get more light/longer exposure, you need to raise ISO rather than underexpose. Correcting underexposure digitally creates more noise than appropriate ISO.

If you have plenty of light, use ISO80. If the situation is not bright, the F5.9 at the long end reduces light to less than a quarter of the F2.8 the camera has at the wide end. This is a long-reach camera for good weather outside. A nice compact compromise for birders, for example.

Inside, you might want work more with flash, but a second camera with larger sensor and much less zoom range tends to be a quite preferable option.

You're the victim of typical indoor light and small sensor. It's darker indoors than what you think.

The DC-FZ82 has a crop factor of 5.6. To put this into context, even entry-level DSLRs and mirrorless cameras have a crop factor of 1.5 - 1.6, and professionals use cameras with crop factor 1 (or even smaller than 1!). The amount of light collected is proportional to crop factor squared. So, your DC-FZ82 collects 5.6 * 5.6 = 31.36 times less light than good cameras.

This, combined with the fact that it's darker indoors than what you think, makes the pictures grainy.

You are correct in using as low ISO as possible and in shooting wide open. However, to solve this issue, do these further:

while it isn't especially bright, it isn't exactly dark

No, as I explained, it is dark. Your eyes are fooling you.

Your iPhone applies extensive noise reduction and other processing tricks before it shows you an image on its smallish screen.

If you're shooting raw and opening the image file with your default settings set to do only minimal NR and no other processing tricks, you're not going to get the same results, even if you were using an identical sensor and lens.

Then you're magnifying the image more to view it on your larger screen where even the iPhone image would not look as good as it does on the phone's screen.

96
What does an unprocessed RAW file look like?
29
Is high ISO useful for photography?
0
For food photography, is my canon 550D 18-55mm sufficient?
1
Which lens is best for athletics?

2
Are there issues with using Cokin/Lee style filter systems with compact cameras?
2
How to capture sunset sky with a low-end point and shoot camera?
1
How can I better take indoor photographs with wide aperture and low light?
6
Are the threads on all camera makes the same when it comes to filters?
1
What causes grainy film pictures?
2
Is the Yongnuo YN968EX-RT compatible with a Panasonic Lumix Gx85 camera?
3
Why are my recent film photo’s coming back grainy/blurry?
2
How do I get better low-light pics with my superzoom compact camera?
1
Why did my developed photos come out discoloured and grainy?