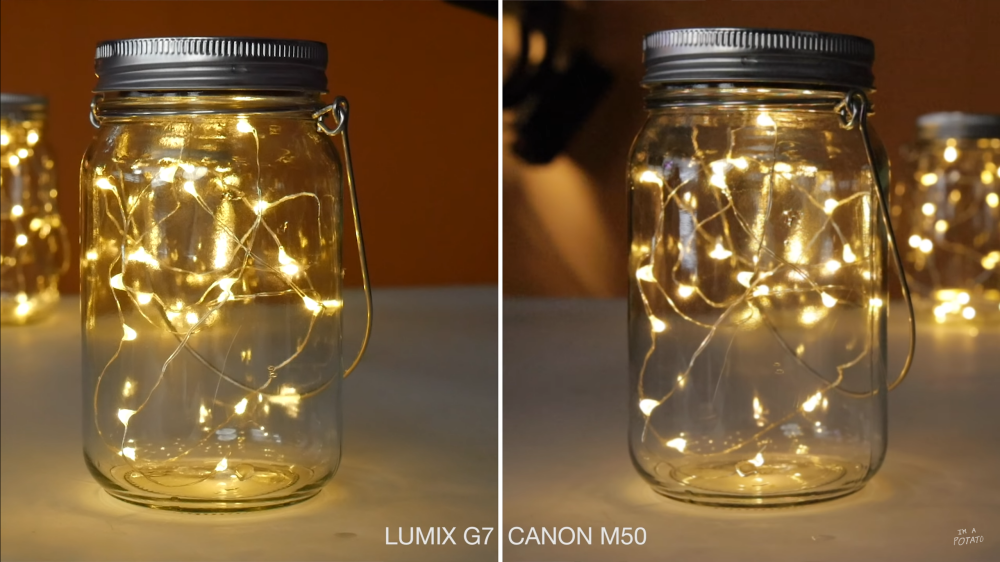 I was wondering: how is it possible for a smaller sensor to perform better in low-light, if it is capturing much less light than the bigger sensor?

I was wondering: how is it possible for a smaller sensor to perform better in low-light, if it is capturing much less light than the bigger sensor?

Short answer: We don't know that it is capturing much less light than the bigger sensor.

Smaller sensors capture less light than larger sensor when certain assumptions are made:

If any of these things change in the right direction, then the smaller sensor might be allowed to capture more light than the larger sensor.

In the case of a 1.6X APS-C camera and a Micro Four Thirds camera, the ratio of sensor area is approximately 1.5:1 (332mm² to 225mm² is actually 1.4755556:1). If both cameras were used with lenses that provided the same field of view of the same scene using the same f-number and exposure time, the APS-C camera would collect about 50% more light than the µ4/3 camera.

When the two cameras used in the example are used to shoot HD or 4K video, though, neither of them uses the full surface area of their respective sensors in the resulting images. This is because both 4K and HD video use different aspect ratios than either of these cameras' sensors.

If both cameras used the full width of their sensors for 4K and HD video, they would not be able to use their full height and produce output at a 16:9 aspect ratio.

So in the case of 4K video, the Panasonic Lumix G7 uses more surface area of its sensor than the Canon EOS M50 does! All other things being equal (which does not appear to be the case here - see below), the G7 would collect more light shooting 4K video than the M50.

In the case of HD video, the EOS M50 seems to use its full width, as does the Panasonic G7. So for full HD video, the 1.66X larger sensor area used by the M50 should collect more light, right?

Not necessarily. Let's look at the example image comparing the two.

All else being equal, an image exposed brighter will show less noise than an image exposed darker. In the case of in-camera video processing, this can be compounded by the different ways each camera does noise reduction.

Unfortunately, we do not know enough specifics to conclude exactly why the sample images differ in the way they do. Things we would need to know:

The Canon M50 has 1.5 times the sensor area and 1.5 times the pixel number (24MP instead of 16MP) so the pixel size is the same. That gives the cameras basic equal photon noise level per pixel. The comparison was done with video which often uses a crop (don't know whether this was the case here) where the pixel noise would be relevant also for the noise per framed area. So that makes the decision depend on the brightness of the lenses used. Those were probably kit lenses and looked rather compact. With similarly compact kit lenses for APS-C and 4/3, chances are that the maximum aperture for APS-C ends up smaller (larger aperture number) in order to fit the size.

Framing was similar in both cases; with larger sensor areas there is a tendency to support wider angles in a default lens. Which would mean that for equal framing the larger sensor lens might be zoomed in more, which might reduce the aperture size available compared to the maximum aperture size.

So basically you need to look at a number of details more before being able to make a guess regarding better low-light behavior, and then the possibly different sensor quality has not even yet factored in.

"I was wondering: how is it possible for a smaller sensor to perform better in low-light, if it is capturing much less light than the bigger sensor?"

It really isn't possible; unless there is a significant difference in the technology in use (i..e CCD/CMOS/BIS sensors). In this case both sensors are of the same design, but possibly different generations... if anything that should give an advantage to the M50.

The answer is that the smaller sensor did not receive/record much less light... but we do not have enough information to know why.

Not the answer you're looking for? Browse other questions tagged iso low-light noise or ask your own question.

25
How do I focus in low light for long exposures?
5
Would a Panasonic G3 be able to handle low-light conditions on a South African safari?
6
How do I properly determine which camera is better in low light?
4
Does micro 4/3 have an advantage in low light due to aperture equivilence?
0
How about high ISO (low light) performance testing of sensor with camera's auto-ISO option?
13
Do I need a full-frame camera for low-light photography?
4
At what point does the Canon 5D Mark IV's high-ISO performance give it higher real resolution than the 5DS (R)?
1
How can I compute low light performance for different formats?
2
Does lower resolution result in better signal-to-noise ratio, given the same sensor size?