seen on NYTimes - How to create this look for high-contrast sunshine images?

I really enjoy the quality of photos seen on the New York Times web page (although they often cover unpleasant topics).

A challenge I already faced on my own is the extreme contrast of sunshine images, eg in tropical regions, and I know the basic procedure to create an HDR-like look from RAW.

However, NYT often creates a very distinct look with those high-contrast images, such as (I might have seen even better examples before): 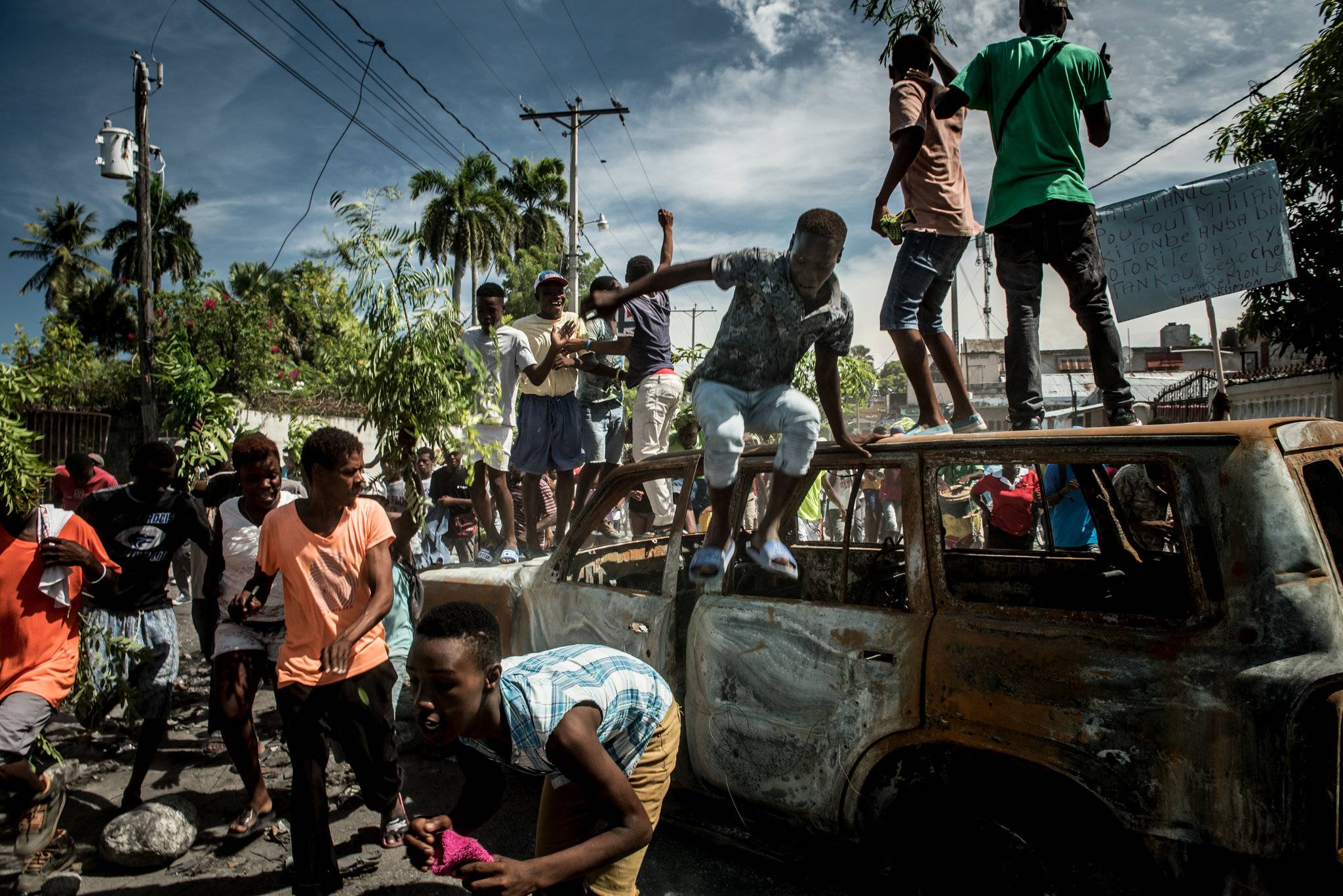 Protesters in Les Cayes, Haiti, surrounded a vehicle that had been burned in a previous demonstration, New York Times. Photo by Meredith Kohut.

What I can tell is, that they probably lower highlight values to get these details in the very bright areas. And they clamp quite a range of the darker end of color levels. But is there something else, some specific technique I miss? Can this look be created in post production, with camera just used in auto exposure mode?

More photos by Meridith Kohut may be found at Getty Images. Most of her images there look like this. It seems she keeps the exact formula to herself, but I see:

It seems you assume she uses HDR tonemapping techniques, but those usually have a different look, which some of her images use. They have reduced overall contrast, increased local contrast, and a significant halo.

The easiest way to achieve the effect seen in the sample image is to use a toy-camera mode. It is literally called "Toy Camera" on my camera. During a security check, a dial on my camera got moved, and I ended up with a series of images that looked like this.

If you can't find it, you can fiddle with other settings until you find something similar. On my camera (X-H1), the following seems close:

It's a bit more work to do on a computer. Adjust curves and boost details until you find settings you like. Then save them as an action. You can try the following process from PIXLS.US: Freaky Details (Calvin Hollywood):

This picture, in addition to what was said, appears to take advantage of several properties of the scene and equipment:

-There was a very wide angle lens used, from very close. The distortion and small size of the pole pig transformer gives it away. Wide angle lenses tend to make sky look more brilliant, whyever they do (probably by making the clouds look tiny and sharp).

-The environment to the left appears to be full of naturally light absorbing items (deep shadows from that side on faces), the opposite being true of the right side (white wall there, maybe). Wait... the lighting from the right must be naturally complex (more clouds involved?), given how bright the white pants are and how dull the picket sign looks.

-This was shot at a very small aperture, given that motion blur was achieved in blazing sunlight. This helps greatly with increasing flare resistance and contrast from the lens

-Some people and things actually seem a bit darker in the upper half, which could hint at a graded ND being employed. There is also that polarizer look to the image...

Obviously more advanced cameras, such as the Nikon D5 or the Canon 1D X Mark II that have more extensive in-camera contrast controls and allow adjusting the highlights and shadows independently of general contrast will allow better results when shooting straight to JPEG, as many press photographers are now required to do for "hard news" work.

Any reason to assume there was no polarizer and/or weak graded ND used for good measure in the picture shown?

It's far more likely any exposure gradient was done in post using masking techniques, if done at all. Pulling back the highlights while decreasing contrast and pushing the shadows can get much the same effect without having to bother with aligning the line on a graduated filter. There are too many things in front of the sky that are not also darkened. Due to the apparent wide angle of view and the direction of the shadows, it is doubtful a polarizer was used, as the sky would be darkened much more on the left side of the frame than the right.

Here's an example of an image where only adjusting contrast, highlights and shadows brings out the detail in the sky. No GND or polarizer needed. Using "HDR" tone mapping makes the effect even more pronounced.

What a straight out of camera JPEG with the camera set to use AWB, the Canon "Standard" Picture style, and both contrast and saturation at -1 (in camera setting) would look like. Lens correction and moderate sharpening which could have been applied in camera were also applied. 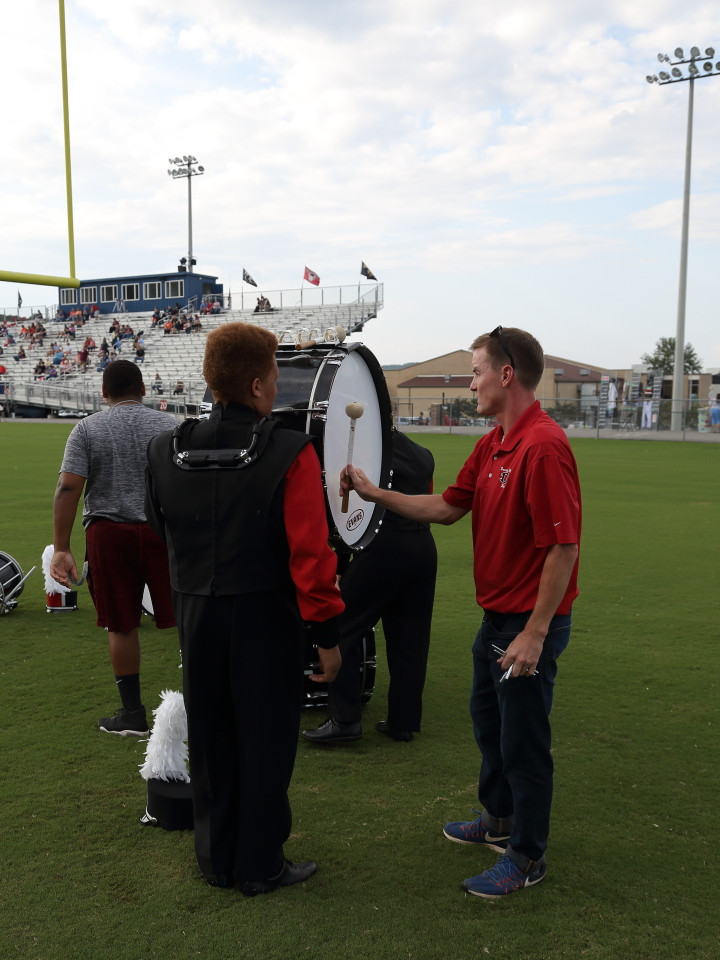 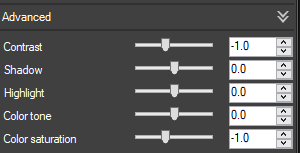 The same raw file processed with the contrast settings shown below. Minor CT, WB, and HSL adjustments were also applied. "Standard" Picture Style and Lens Correction were the same. Sharpening was increased slightly. 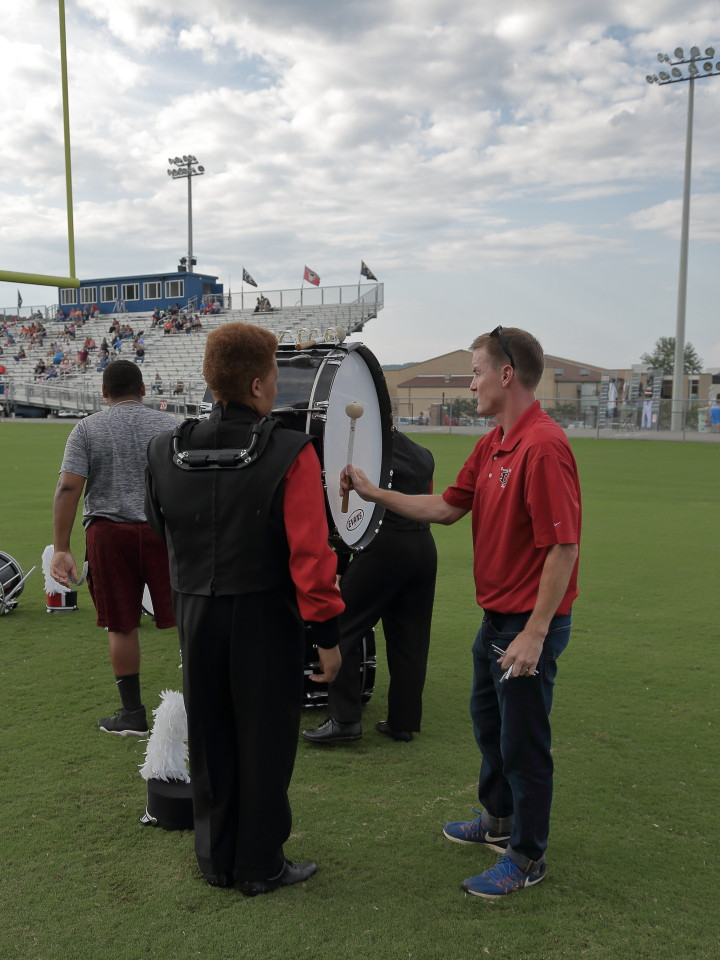 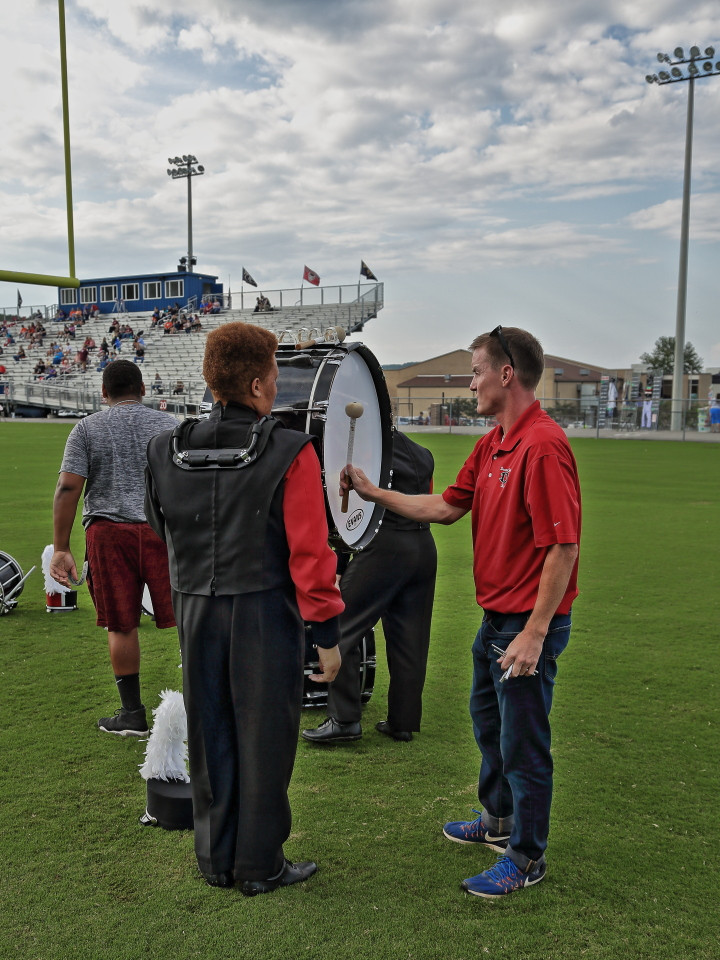 7
How do I get a portrait with sharp, sparkling, high-contrast eyes as in this example?
6
How can I achieve the dramatic sky as seen in these sample images?
3
How do I re-create the warm film-like look of this 2012 Southern Comfort advert?
6
How do I create this soft bright look?
0
How can I achieve this low contrast effect in Photoshop?
2
How does wedding photographer post-process to achieve this rich detailed + high contrast portrait look?
4
How do I make my images look like this dreamlike picture?
7
Why high contrast increases color saturation?
6
How to make the subject look smooth and plasticky as seen in a lot of stock photography?