Why is my Pentax LX engraved with the name of famous Japanese photographer Masaaki Nakagawa?

Any idea why my Pentax LX has a name of the famous deceased Japanese photographer Masaaki Nakagawa engraved on it? Is it some kind of limited edition? 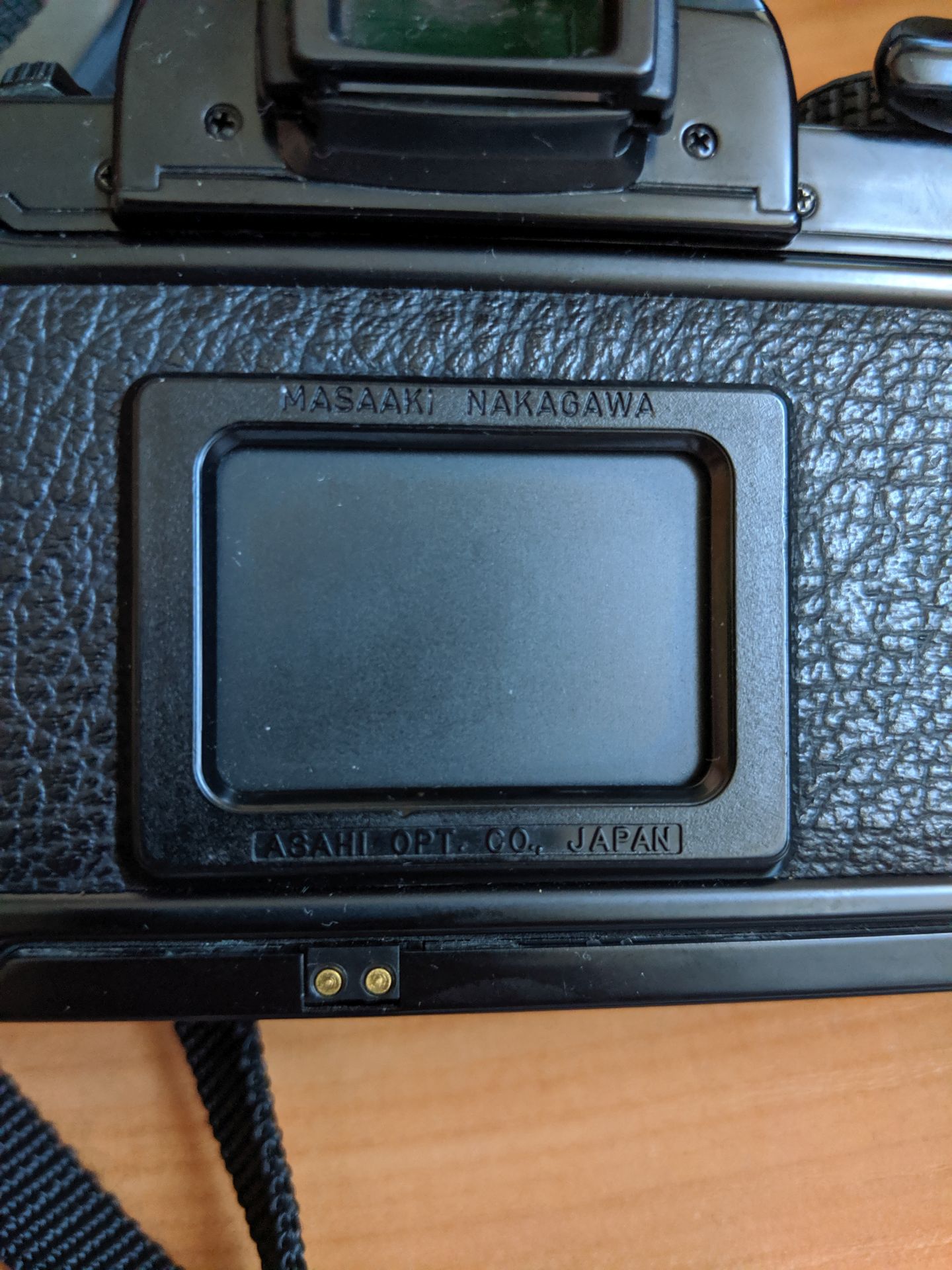 Really fascinating question, I felt compelled to look into it to find out!

I'd say there are 3 possible answers to this:

EDIT: I messaged the Pentax guru, Eric Hendrickson, and he shed some light on this. Honeywell (the original US importer and distributor of Pentax) apparently used to treat any staff retiring on their 30th year to a camera with their name engraved on the back. He's seen a fair few come to him for repair, so while each engraved name would be unique, yours wouldn't be the only camera with the engraving.

However this introduces some more questions - If your camera was a Honeywell camera, it's logo should state "Honeywell Pentax" as per this Wiki page:

A further conversation with Eric might clear it up of course. But either way, you have a very nice little piece of history there, it's almost definite the name is genuine and that your camera was owned by the famous photographer when new. Best of luck and happy shooting!

Not the answer you're looking for? Browse other questions tagged pentax body photographer or ask your own question.

17
What flash options are there for the Pentax system?
8
Are the contacts on different extension tubes in Soligor Pentax AF set supposed to be different?
3
Why is my Pentax K-x producing artifacts and color banding?
5
Why am I getting poor AF results with my Pentax K10D?
7
What are the differences between Pentax weather sealings - DA★, WR, AW?
13
Who is the Japanese photographer famous for long-exposure daylight shots of busy intersections?
0
Who is photographer Scott Mead?
3
Is high Chromatic Abberation typical with the Pentax f/1.8 50mm lens?
6
Finding A Book Of Black And White Nature / Landscape Photos By An American Photographer Working In the Early to Mid 20th Century
4
Why buy a Pentax K1-II over Pentax K1?