I've just started my adventure with film photography. I recently took some photos to get a grip of my Pentax MX camera with AF280T flash. Unfortunately more than half of photos done with flash came out poorly exposed (suprisingly there were some really crisp ones). I guess it's one of those amateur mistakes so please tell me: what's the most probable reason of it and how to prevent it? Is it under- or overexposure or something else? 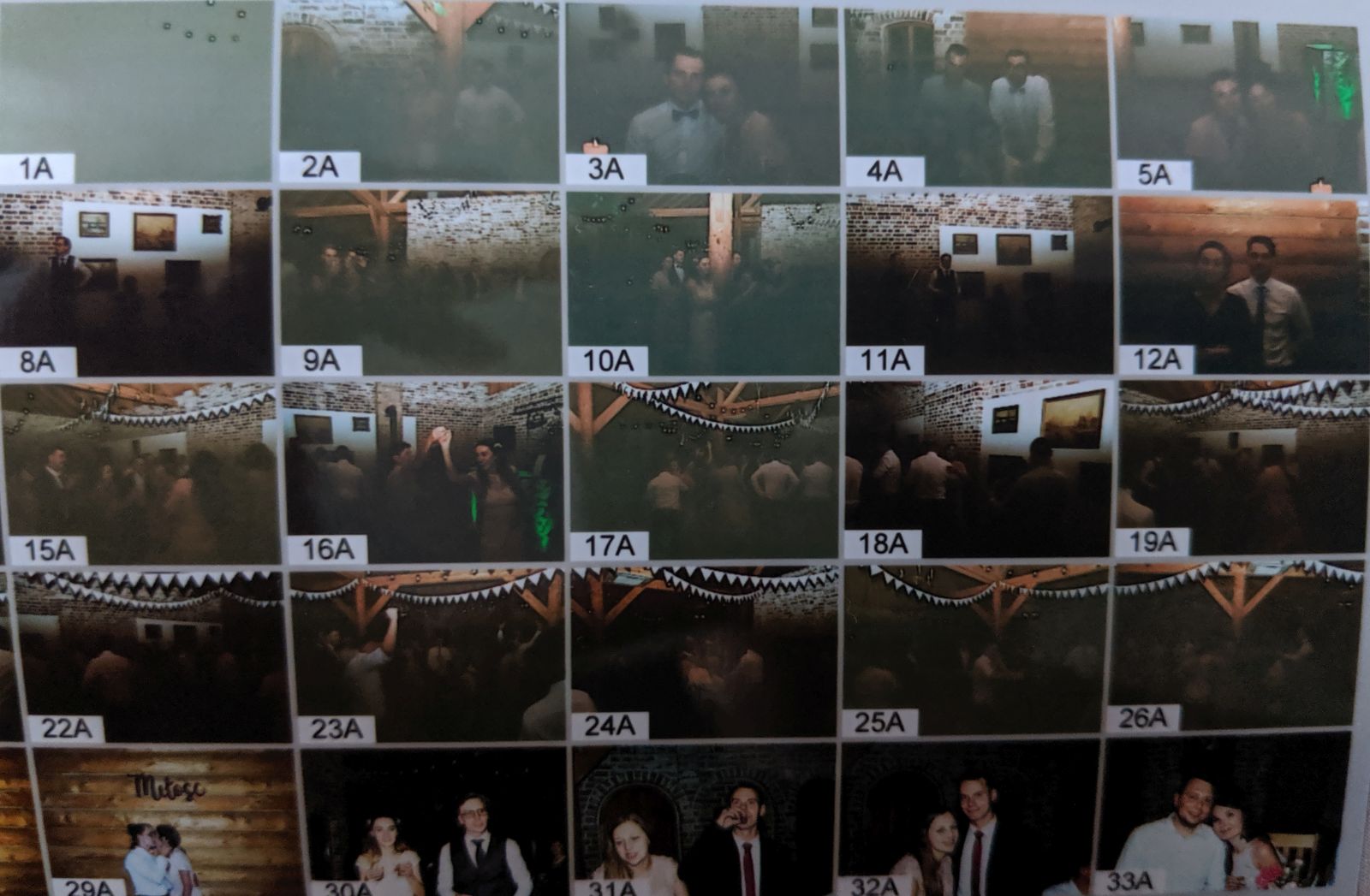 If you don't have one, you can download a .pdf Pentax AF 280T Manual.

Forty degrees is not high enough for bounce flash in most situations. The light from your flash appears to have bounced off the ceiling and come down well past your intended subjects. Either that or the flash visible in the scene is the direct light from the lower portion of the flash's output. You lit the rear walls up pretty good in some of them!

For the closer shots, bounce flash needs to be pointed almost straight up, between about 75 and 90 degrees. For the larger groups that are a little further from the camera, somewhere around 60-75 degrees should work.

If you want to give a little direct light in addition to the bounced light, you can use a "bounce card" or even a small diffuser attached to the flash with an elastic band or velcro strap. A 3 x 5 or 4 x 6 index card and a rubber band or two-sided tape make a good "bounce card" in a pinch. 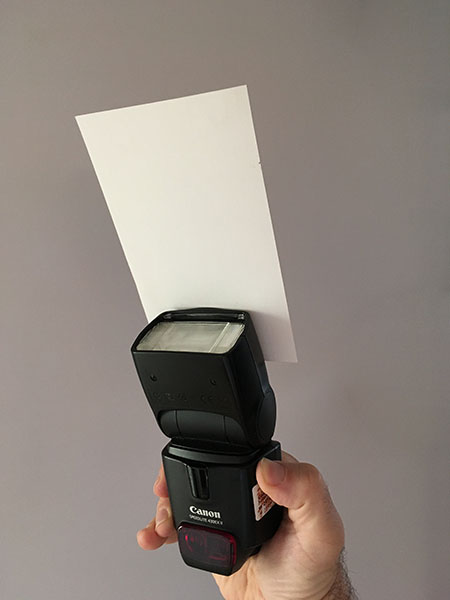 For quick and dirty, run and gun, on-camera flash for events, I really like this inexpensive two piece set I bought a while back. I use the smaller one on-camera more often than the larger one. I do use the larger one for off-camera flashes. It has flexible metal rods that allow the reflective surface to be shaped. It can also be rolled up and used as a snoot. 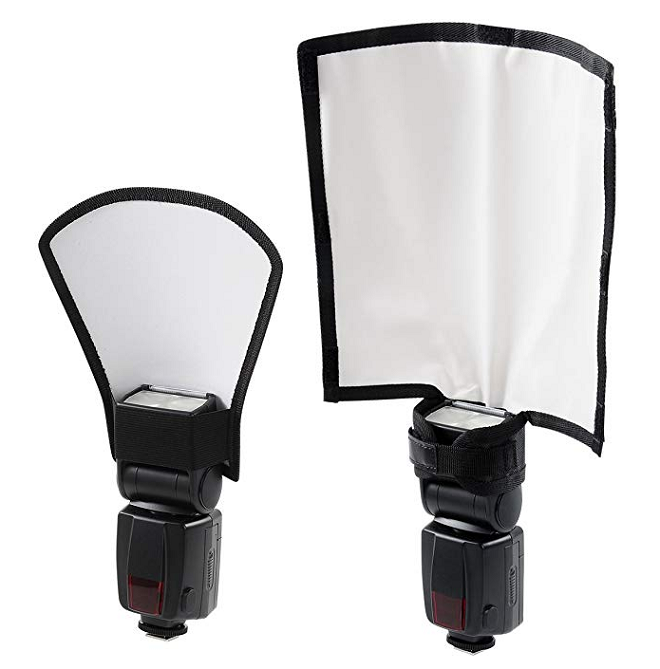 P.S. I'm sure you want to learn how to shoot film, and I wouldn't dream of trying to talk you out of that. But for learning purposes regarding flash, if you have access to a digital camera that can trigger your flash you can accelerate the learning curve and spend a lot less learning how to do flash with the instant feedback and lower cost-per-click of digital. Just use manual exposure mode, set the camera's ISO to the speed of whatever type of film you typically use, set the shutter speed to 1/60 (since that is your film camera's sync speed), and set the lens to apertures you would typically use with your film camera.

Low contrast, muddy color negative photos mean one thing: underexposure. Many of your images are lacking in light!

I agree with Tetsujin's comment that it appears that you aimed the flash head up, intending to bounce, but did not get enough light this way. Either your flash wasn't powerful enough, the ceiling was too high, your flash head was not pointed high enough and the light bounced past your subjects, or a combination of all of the above.

The guide number and exposure values for your flash assume that you are pointing the flash directly at your intended scene. If you swap over to bouncing off either a bounce card, the ceiling, use a diffuser, etc, then some of the light will be lost in that manipulation and you'll need to adjust accordingly.

Since you are adjusting the flash angle and going with manual flash power (I'm assuming you are), then you're flying blind. Get yo'self a light meter capable of measuring flash output and take a few readings given your flash set-up. If you're shooting an event like this and don't want to have to take readings every time you move, then simply show up early and take readings around the room and make note of them.

As always, with color neg film, err on the side of overexposure. You can get useable negs with most brands up to +3 or +4...but most brands also fall apart at -2.

More an observation than an answer: bouncing flash off a ceiling works the best with a low(ish) flat white ceiling.

The location you did your shooting seems to have (as indicated e.g. on frame 15A) a high, angled ceiling of rather dark weathered planks. That is not a very reflective surface, with flash underexposure all but certain.

I would expect a better result in a more ordinary room, and would suggest a bounce card as suggested by @michael-c in outdoors or othervise unknown settings.

Not the answer you're looking for? Browse other questions tagged flash film exposure pentax or ask your own question.

2
Options for flash diffuser for travel?