When adapting such lenses to other cameras, is there an image quality difference between:

I have previously disassembled and adapted one such lens – Steinheil-Munchin Cassarit 50/2.8. At all distances, it was sharpest when the front element was set to infinity and the entire lens was unit focused with a helicoid adapter.

Here are a couple images taken with the aforementioned lens: 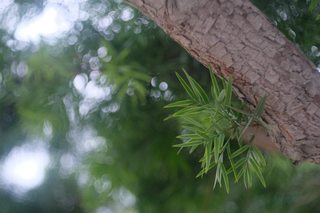 Not the answer you're looking for? Browse other questions tagged optics lens-design manual-focus or ask your own question.

1
Why are filters only added to the front of the lens and not the back, too (or even the camera)?
1
Are focusing aids part of the lens or the body?
0
Aperture iris in front of lenses (in object space)
2
What are the (dis)advantages of moving the entire lens for focusing vs. only parts of it?
8
What are groups and elements in lenses?
1
Tamron lens focusing problems?
5
Are focus and resolving power optically equivalent?
1
How wide does the front element of a lens have to be, given the focal length and the aperture?
1
Are internal focusing primes actually uncompensated varifocal lenses?