I am currently using a Canon EOS 1100D body with the kit lens and a Sigma Zoom 50-200mm 1: 4-5.6 DC OS HSM lens. I am almost exclusively interested in wildlife photography and feel I have outgrown both the camera and lens. Within the next year, I will purchase either a new camera or lens and within the year after that, I will purchase the other.

I am aware that in 99% of cases a new lens will be of much more use than a new camera body. My question is, whether matching that camera with a Tamron SP 150-600mm f/5-6.3 di VC USD or the Sigma equivalent would be a better option than buying a new body first and pairing it with the Sigma lens I currently own. I have considered purchasing a teleconverter but feel it would decrease the image quality too much.

Also, would there be better-suited lenses perhaps older canon models that would fall around the same price as the aforementioned Tamron and Sigma (approx $900) lenses that would maybe be a better option? Thank you very much in advance for any advice/expertise offered!

I feel there is a lot of good news here.

Those lenses are Fx (Full frame) and thus, getting them at any point means that you aren't risking a later upgrade path.

Additionally, being that you are on Dx (crop body) now, by going to those lenses you sort of get a free 1.6x teleconverter.

The teleconverter for the Tamron at least on Nikon is a little hit or miss. I certainly wouldn't base the bigger choices on it. For example if a minor camera upgrade comes down to the cost difference of the 150-600mm + teleconverter (2x specifically) I'd skip the converter personally.

I'd note, wildlife is not one of my areas of concern, so I am not exactly speaking from that perspective. Although I have some decent wildlife shots. (Pictured) 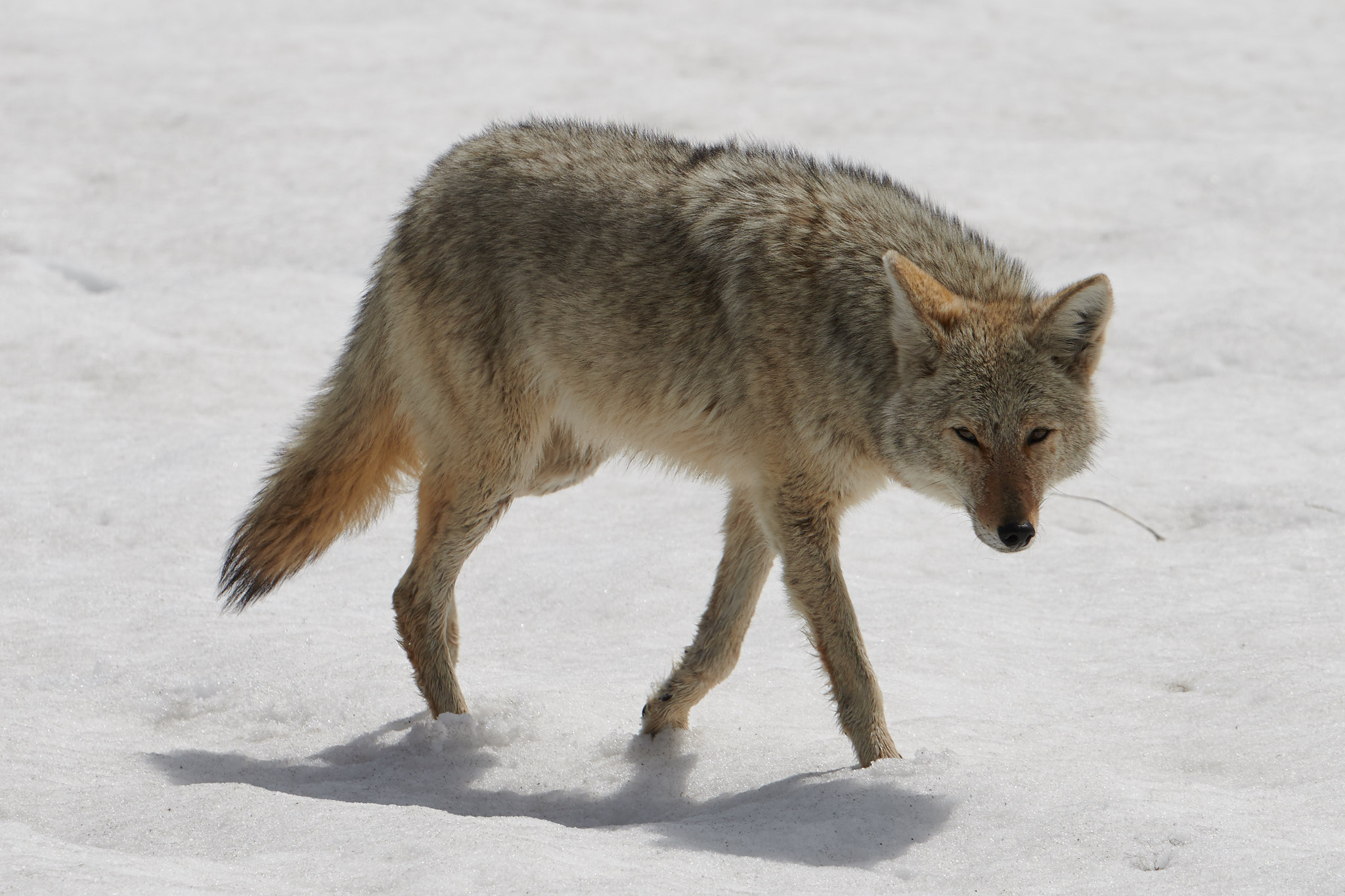 On the body, I'd start with the lens. From there, maybe rent a more modern Dx and Fx camera and see if your results to you truly justify the additional purchase and which one you like more.

I would say that if you continue shooting on a crop sensor camera, 100-400 for most situations would be just fine. 150-600 might be a bit too long on crop camera, i.e. getting the subject in the frame requires carefully aiming the lens. Also, 150-600 is heavy.

However, if the wildlife is not quickly moving, 150-600 on a tripod or a monopod might be wonderful, and a tripod or monopod can carry the weight of the lens.

Your choice, but I wouldn't start walking around with a crop sensor camera and a 150-600 mm lens. The weight is just needlessly large.

Like most I would upgrade the lens first, but...

After that it depends the kind of wildlife you are after. If you shoot static anmals you definitely need a lens that has a tripod mount (and strangely, some of the more recent long zooms can't take one), but if you shoot birds in flight having a lens that can be used as a push-pull zoom is useful (my Sigma is officially a rotating-ring zoom but can be used as a push-pull).

(*) In the same category you have the Canon 100-400mm. Pricey, but since a new version came out recently, the older versions can be found on the second-hand market.

There's a phrase that has been around photography a long time:

But that's only half the truth. The fuller truth is:

What it means is that when the technical capabilities of your gear are not up to the task for the shots you want to capture, then and only then will the gear matter.

Applying the above to your case: both the camera body and the lens you are using are fairly limiting for the type of photography you want to do.

If you're on an extremely limited budget, you'll need to consider used gear that is a generation or two (or three) old.

The original 7D, for all of its faults, is capable of getting pretty good wildlife/action photos if you're willing to deal with its shot-to-shot AF inconsistencies. You'll have a lower "keeper" rate than with more consistent AF systems on later cameras, but you will be able to get some "keepers" with a 7D. The 70D has the same AF system but is not quite as built to stand up to punishment as the 7D. But a lightly used 70D may be a better deal than a worn out 7D. Either can be had for a lot less than a brand new 7D Mark II or 80D.

In terms of lenses, there's not as much price difference between new and used copies of the same models. I'd probably go ahead and buy new unless I stumbled across a really good deal from someone I trusted.

Sometimes the Canon USA refurb store has good promotional prices on refurbished lenses. I've bought an EF 17-40mm f/4L, EF 100mm f/2, and EF 135mm f/2L from the Canon refurb store. They all looked and performed like new when I got them. But some of the most desirable lenses are rarely in stock at the refurb store. I'd been waiting forever for a good deal on the 135/2 when I finally gave up and bought a 100/2 (which is also seems to be out of stock more often than not). A few months later a 135/2 showed up in stock and I snapped it up before it was gone.

In the U.S. there are a handful of used gear sellers with very good reputations and acceptable return policies. KEH, based out of Atlanta, is one. The "used" department at B & H is another. Lensrentals.com sells used gear via their in-house lensauthority.com.

Not the answer you're looking for? Browse other questions tagged equipment-recommendation sigma tamron upgrade canon-1100d or ask your own question.