I've owned a Nikon D40 for about 4 years now, and I'm thinking it's time for an upgrade... just I don't know what camera to upgrade to. I have an upcoming trip to India for a month, and I want to make sure I am well-equipped to take pictures and videos.

I'm a fairly casual photographer, however I like to take advantage of the advanced features in a camera. Apart from my Nikon D40, I have only three other pieces of equipment: two lenses (the cheapest Nikon 18-55 and 55-200 lenses) and an SB-400 flash. So, what camera body would you recommend that I buy? (I'm leaning towards the D5100, but I'm not sure.)

Thanks for the help.

Did another comparison of these cameras, and if you're don't want to splurge for the D7000, than I would recommend the D5100. It has the same MSRP as the D90, but is much newer, and the specs match or outperform the D90 in nearly all categories:

Not sure if you're looking for this sort of an answer but you should evaluate if not having a better camera body is what is holding back you photography.

The D40 may be oldish but you may want to give a thought to whether a D7000 with the lenses you have will give you more satisfactory photographs than you are getting today.

If I had the money I would go for the D7000 which is a superior camera in every aspect, when compared to the other two you mentioned; otherwise the D90 is good camera, I know because I used one many times. At its price it's as close as you can get to professional (I'm talking about changing every setting quick, customizing buttons..., handling, build quality)

Don't get fooled by the higher resolution of the 5100, which btw I don't like because of the way buttons are arranged on the body. It's more of a filmmaker camera than a photographer's, maybe I would get a p&s instead if I was given the choice.
The low-end D3100 which I own has better controls, it costs less, and it has the same full HD video features. The D90 has just 720px HD, but if you're a photographer you don't care, and the quality of videos (rendition of light, color and detail) is perfect anyway. If you get a camera w/o the AF motor, you're gonna regret it when it comes to lens shopping.

The D7000 as you said is the best of the bunch and the 100% coverage viewfinder alone is worth the price difference. If you want a new DSLR, go for it!

You also get much improved low-light capability, increased resolution, faster burst rate and most importantly direct controls including dual control-dials which let you control the camera faster. If you decide you can't afford the D7000, then the D90 will get you some of this but not the viewfinder or low-light performance.

Your lenses are actually your limiting factor now but since you're camera is that old, I understand the desire to upgrade body first. You'll have more choice of lenses with the D7000 compared to the D40 too.

BTW, they all have an autofocus sensor. If you mean AF during video, it is achieved via contrast-detect, not a dedicated sensor, and it honestly useless of you want your videos to have any semblance of decency. The hunting and back-and-forth movement during AF is truly disturbing and you never see that (nor would you want to) in good videos. As hard as it seems, manual focus is essential for video and this is the way they do it for films and TV productions.

I just upgraded to a D7000 from a D5000, and I can't say enough good things about it. The 100% viewfinder alone is worth the price. The high ISO is awesome, as well as 39 AF points. I think example photos would be best for you. Here's a gallery full of them from my trip to China. A few pics here if you're too lazy to browse the gallery: 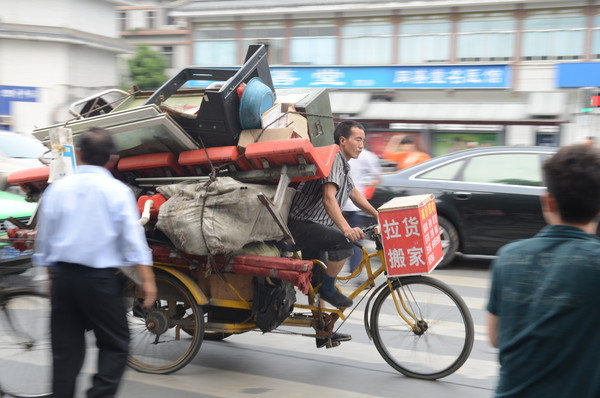 Low light example during a stage show. The lights were mostly off and the guy was running down the aisle. Still got a decent shot I think. Would not have been possible with my D5000. 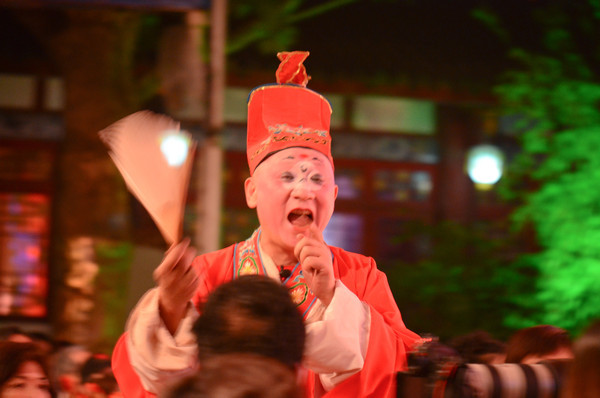 Another low-light example. The room was completely dark except for one rather dim and eerie flood light on this guy on stage. 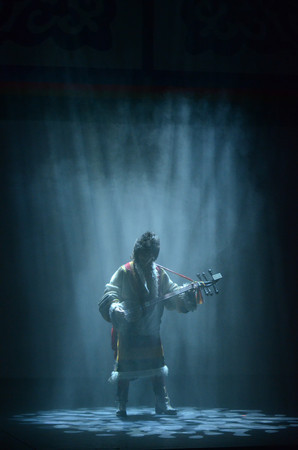 Hmmm. I've been at this a while, and it's true that the photographer matters way more than the total camera system. However, even if one opts for a built-in lens, the complete hardware system (speed lights and tripods, etc, too) should be considered, and as a value, together.

That's not to say, there aren't some situations where it is also, the camera/system. Here's the thing though: A ridiculously high priced camera/system, is too much! Now, I know, a bigger sensor usually, has better DR, tonal gradations, color sensitivity (leading to a more pleasing pallet, and thus instant JPEG's, if done well), and of course, lower noise. If a sensor allows you to go to at least ISO 1600, and still be (really) clean, then that's very important. If you're very picky, and need enlargements, nothing at a reasonable carry-able size, does a truly clean ISO, over 3200, yet. So what about lens aperture.

The best way to improve all these things, and more, is with a wide aperture lens; that has other good IQ qualities (corner to corner), and some of these can be helped, with instant firmware processing, and that's grand. However, to get F/1.8 or wider, you currently have to limit yourself to prime lenses only, in the main. This is great, when they cost less, but only some (in your system) do. A zoom lens is convenient, and if built-in, keeps dust out of the sensor, but that's not to say changeable lenses are not good too. The problem, with changeable lens systems, is they know you will thrash, through many lens purchases; until you figure out what compromises, you want to make. When it comes to "zoom", I think we'd better better-off using our feet, at least first, before a slow zoom.

Yet, that's the thing. We could use much faster, and smaller zoom lenses, whether built-in, or not. Also, we could use much less expensive primes, that are at least F1.8 at the wide, and good qualities across it's aperture range. While I think Image Stabilization (IS, and best in the lens), is great for slow kit lenses, it's much less important, with truly fast lenses. F2.8 being the middle between fast, and slow apertures. I'm aware that an F4, might be considered fairly fast, when at ultra telephoto focal lengths. So, I think a equivalent focal length around 450mm could best, at under F4.

Keep in mind, my main point is not just one of these better qualities, but all of them, combined, and with a small size, and a more sane price. A smaller size, and somewhat smaller sensor, will allow a much more carry-able telephoto lens, such at the Micro 4/3 tele lenses show now, but they need wider apertures. As you know, a smaller sensor tends to be of lesser IQ quality, but new 4/3rds sensor are getting better. The new G3 from Panasonic demonstrates this, but besides being far over priced, suffers less quality than new APS sized (DX, EOS) sensors, especially at higher ISO's. Now note, while the competition can always make a larger sensor, with it's better quality (all other things being equal), once ISO 3200 becomes super clean (perhaps the next 4/3rd sensor design) it hardly matters, that the larger sensors can do "better". That is, if the camera also has faster, wider aperture, lens choices!

Not to bolster the 4/3rds industry or any manufacturer, in particular (I kinda have the most respect for Nikon), but it's almost there, except for poor JPEGs, too breakable, and a higher cost, for lesser pictures. This needs revision. Nikon, and Canon, need to enter the (about) 4/3rds, systems camera arena, with a better sensitive sensor, and they need to do it, with non-jello video, stereo mic jacks, and quiet lenses, that allow full control shoot vids, or stills.

You know, what an aspiring manufacture could do, is make a system; built around affordable primes, but not with a lesser sensor. This way, the primes would not require and zooming stabilization, or quietness (accept for AF/AE), and utilizing the newer contrast focus speeds, and nicer EVF view finder(critcal to be built-in), and live view, high-res screens, and 1080p capability, compressed. It should include low cost wide, normal, and super-tele (equivalent) primes, and you'd be done; in a smaller bag, at less cost!

What matters most, is the pictures. However, $5000, and carrying bricks, is the wrong direction.

EDIT (in response to mattdm):

No, I do not care for the sensor, in the Nikon 1 system.

MFT should be used for ultra-zoomers. Yet, I would not begrudge anyone playing with manual lenses on MFT bodies. AF just gathers more keepers.

The OM-D E-M5 is a fine camera; more in keeping with what I had envisioned (and kills the GH2, BTW). I just do not like it's lack of focus tracking, and it is not much smaller, than a D40. Newer hybrid contrast/phase AF is the future, along with hybrid viewfinders. I'm still waiting, and overpriced, does not qualify, for me.

I'm shooting D40, and holding-off, on a new body/system, at this time. Take that as my recommendation. When they make something I like better, then I will buy it. The D5100 was a target of mine; but now there's the D5200. I desire a camera I can carry all day, therefore, I am not looking at the D7000, and have also concluded AF-S lens(some affordable) are better, anyway. I have also concluded, that I can not get the shoots, and performance, that I get with the "old" D40, in smaller cameras. The DX system is well made. The D40 is not very large. It does passable low-light, at ISO 1600, and so even better, with lights. While I think a D5200 is overall better, I am not sure, that it is, in all things, and that's not just the overpricing.

The advantage I see is that the D90 has got the focus motor built into the the body, which will give you auto focus even if your lens doesn't have a motor.

Not the answer you're looking for? Browse other questions tagged equipment-recommendation nikon or ask your own question.

4
What are the major differences between Nikon D90 and Nikon D7000?
2
Intervalometer for Nikon D40?
12
What do you get for spending more money on a camera body?
1
How to choose between a Canon 600D (Rebel T3i) and a Nikon D5100?
5
Should I upgrade my camera or lens to shoot pro hockey games?
6
Is the lack of AF Motor on the Nikon D5100 an important factor?
3
Upgrading D5100 - do any of the DX format Nikons have a quiet shutter?