Recently I generated a night-sky panorama image. I imported several .cr2 images into Lightroom, exported them as .tif without any adjustments and stitched them together in PTGui. The resulting image had a very strong artifact in the sky which looks like a JPEG-induced compression artifact (see picture). 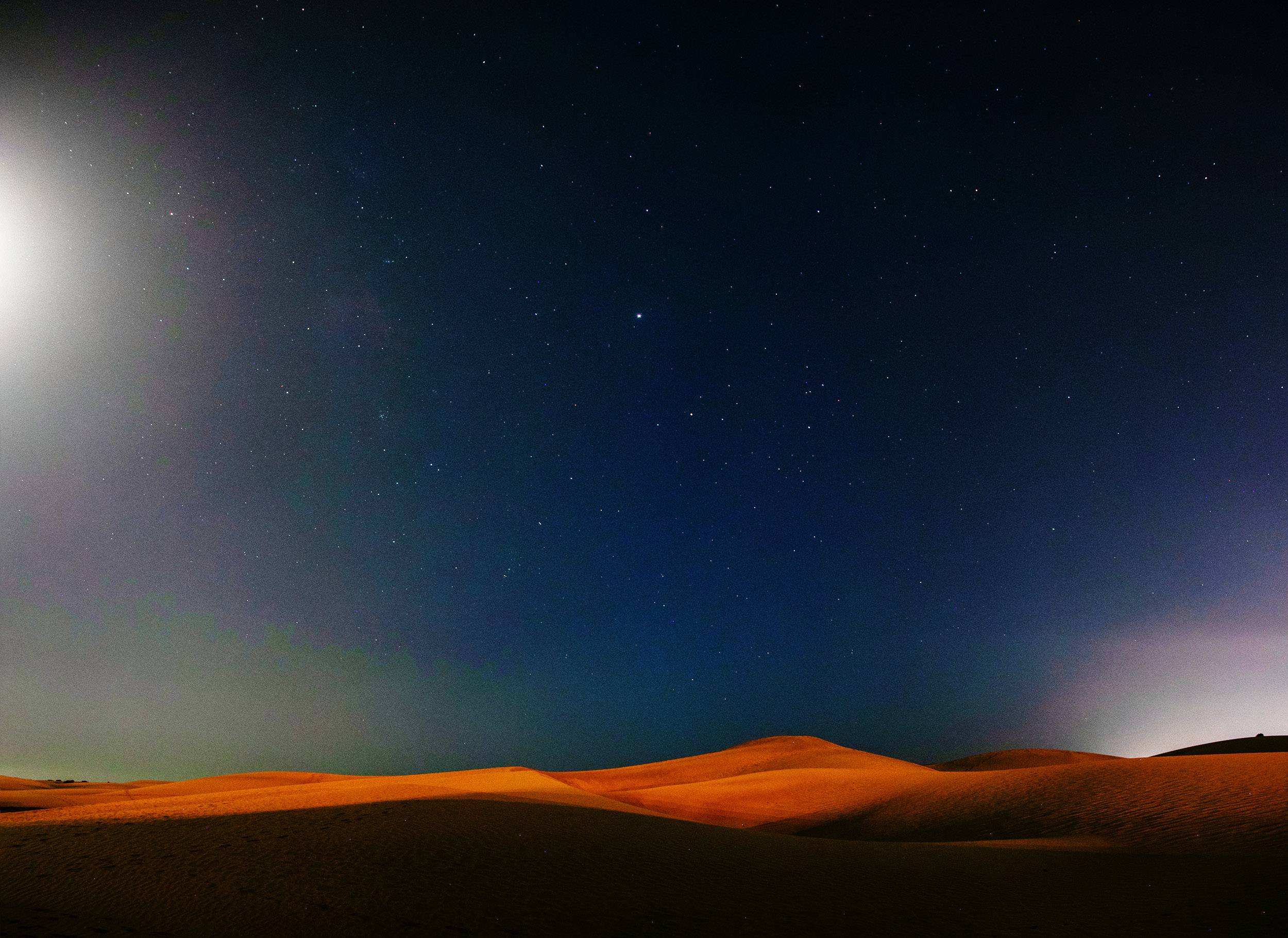 You can see the artifact on the lower left portion of the night sky. The contrast was greatly increased here, but the artifact is also visible without constrast adjustment.

Upon further investigation, this artifact occurs even in the directly imported .cr2 file and is visible directly in Lightroom (see picture). 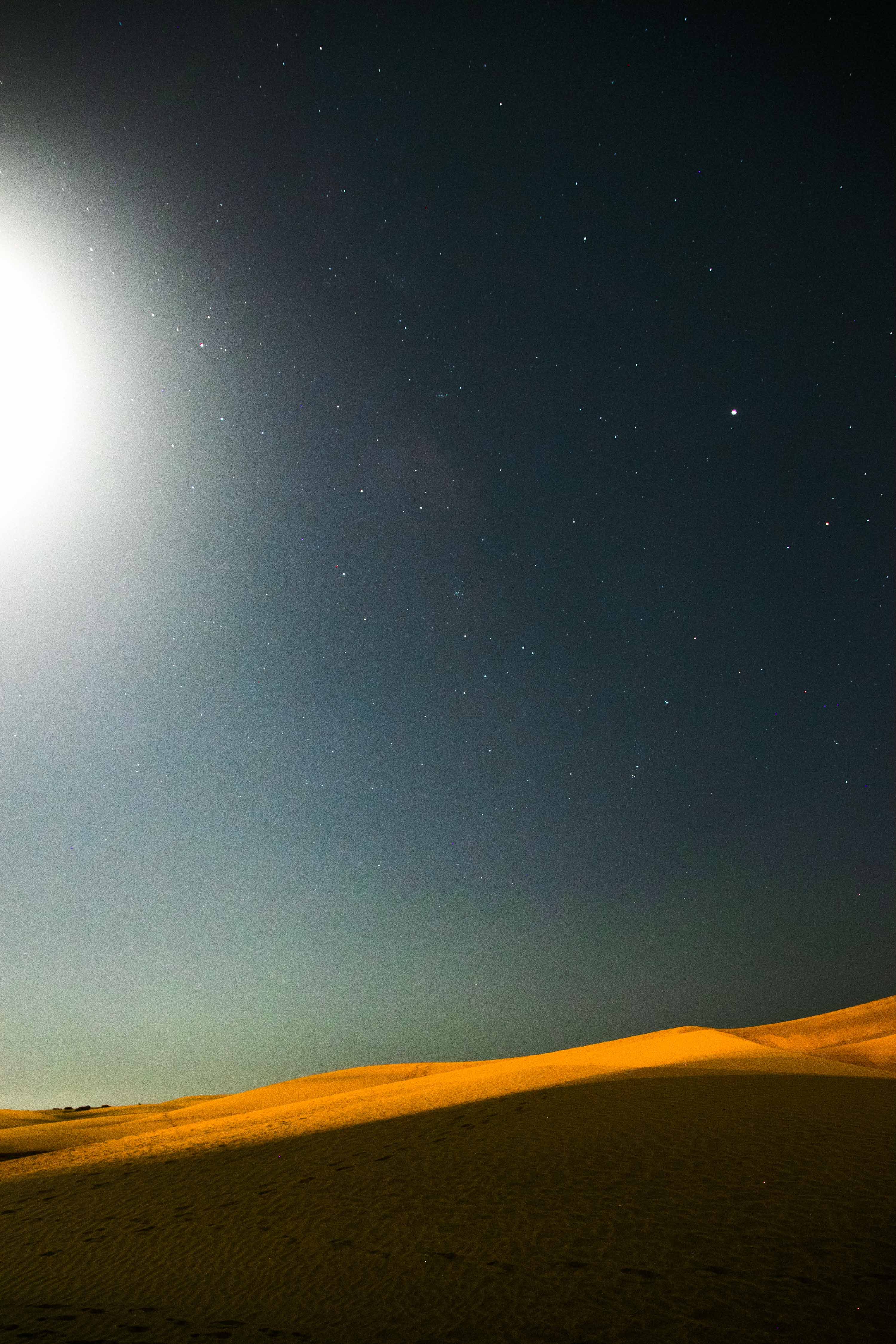 In the lower third of the night sky you can see the artifact. This confirms that it is not a result of the panoramic stitching routine but a result of some kind of issue with Lightroom.

I would like to know why this happens and if there is any improvement I could make when importing my image, like selecting colorspace/bit-depth?

I imported several .cr2 images into Lightroom, exported them as .tif without any adjustments...

There's no such thing. If you are seeing an image on your screen and/or exporting a TIFF, the raw data is being interpreted in one of a countless number of possible legitimate interpretations. If you "made no adjustments" it just means you are leaving the default settings Lightroom used to initially open the raw file. What those default settings are depends upon what they have been set to, either by the software designer or someone who has changed them after installation onto the computer you are using.

When you export as TIFF you "bake in" many of the choices that were made regarding how to interpret the raw image data. White point, black point, white balance, etc. are all much less flexible with a TIFF file than with a raw file. If you then try to move any of those things very far using the TIFF, you'll get artifacts. Sure, a TIFF from a 12 or 14 bit raw file can be 16-bit, but that does not mean it contains all of the information the raw file contained. Raw files contain a single monochromatic luminance value for each photosite (a/k/a pixel well or sensel) on the sensor. TIFF files (as you are using them) contain RGB values for each pixel in an image. These are two very different things.

One thing to keep in mind is that Lightroom does not use demosaicing algorithms produced by Canon when dealing with .cr2 files. Instead, Adobe develops their own algorithms, primarily through what we might call reverse engineering.

mRAW is not really a true raw image format that preserves the monochromatic luminance value collected by each sensel on the camera's sensor. Raw files directly out of the camera have only 14 bits per pixel. The pixels are all monochrome. In sRaw and mRaw files, the images are already demosaiced, and there is more color information per pixel. It's not 14*3 = 42 bits per pixel, though. The data are converted from RGB into a sort of linear YCbCr format with 1:2 chromaticity subsampling.

That's probably the primary source of the chrominance noise that seems to be a major contributor to your artifact.

The artifacting does not occur when observing the .cr2 file in a viewer like IrfanView when increasing the contrast there.

Not the answer you're looking for? Browse other questions tagged lightroom raw sky or ask your own question.

8
Is it me or is the Lightroom's zoomed out preview inaccurate in displaying noise and color?
6
RAW Conversion is better on Canon Utilities or LightRoom?
1
Does Lightroom take advantage of RAW files?
8
Digital ISO vs Post-Exposure Correction
6
Can I update the Camera Raw part of Lightroom?
1
HDR and RAW dynamic range clipping, mapping, and compression
2
What causes blue artifacts when viewing an image in Camera Raw or Lightroom?
2
What is this polygonal artifact with my SEL50f18 and Sony a6000 after extreme shadow boosting in Lightroom?
1
How were these photos edited like these?
2
Strange behavior editing photos in photoshop and back in lightroom