Has anyone tried or even considered the Chinese under-£100 85mm f/1.8 primes for hobbyist/non-pro photography? Of course, they are only manual focus and build quality will not be as good as their branded counterparts, but I was wondering that at ~20% of the cost, how good is their optical quality in comparison - 70%, 80%, 90%? I could not find ratings or reviews anywhere.

Update: To clarify, I am looking for a Sony FE mount lens for casual portrait photography. I posted Nikon example too as I am assuming both will be comparable in quality and someone's experience with it may help my decision.

The same 85/1.8 lens is sold under different names, including Neewer, Opteka, Bower, Vivitar, Lightdow, and others. You don't state what camera, mount, or purpose you want these lenses for, so they may or may not meet your needs.

There appear to be plenty of people who do like the lens. On a popular shopping site, over 90% of reviews are 4-5/5 stars 😵, and the reviews on YT glow more than the lens does. The lens isn't quite as bad as I remember. It seems to do well outdoors in good lighting. Here's a photo taken at F1.8. Notice the glow and chromatic aberration: 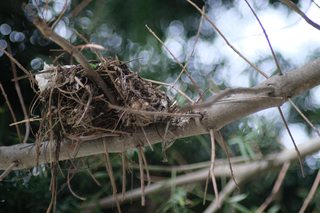 If you search for "85mm 1.8 lens" on your favorite auction site, there are several other options that would likely provide better image quality.

Pictures on the Nikon ad show it's a Jintu, or at least a Jintu box.

Jintu say that's an 8-blade aperture. Picture shows 6. You could get one actually purporting to be a Jintu for the same price… or you could save your money.

A very very similar Neewer on eBay is £80 & may even be the same thing in a different box. These things often are.

I'd say you do this once, get disappointed & promise yourself you won't do it again.

If you want 'fun' lenses, there's possibly more fun to be had with a new Meike [which has auto-focus], a Lensbaby, a refurbed Helios, or an old Nikon [check compatibility with newer cameras] - I just saw an old Nikon 85mm for £130 … that sounds like more fun ;)

More worried by the specs:

Otherwise you find a "Neewer 85mm f/1,8" on Amazon at about the same price that looks a lot like it and could come from the same plant.

Be aware that there is current controversy about identically-looking inexpensive lenses sold under different brands, rumoured to be from the same OEM.

For example, there are some brands offering lenses that look like Laowa products; however Laowa claims that they are NOT Laowa OEM products but blatant counterfeits (Laowa announcement https://twitter.com/laowa_lens/status/839319718704001024 )

Also, a single-OEM, multiple-brand product could conceivably have different quality control criteria for the various brands (selling the tested-best goods under the more expensive brands and the marginal ones under the cheaper brands).

Not the answer you're looking for? Browse other questions tagged lens optical-quality cheap 85mm or ask your own question.

7
What is “veiling glare”? How does it affect my photos, and how can I avoid it?

70
Is there a noticeable difference between 1.8 and 1.4 prime lenses?
11
How many optical aberration types are there in lenses? And what are they?
11
What are M42 prime lenses?
14
Should I purchase a Tamron 70-300 USD VC or Canon 70-300 USM IS?
11
Are there any Canon EF-S prime lenses or tele-zooms?
2
Are these Nikon 16-85mm lenses actually the same?
7
Are there any good pancake lenses for Canon EOS DSLRs?
3
Are there any cheap, fast lenses capable of highschool sports photography?
2
Are there any cheap camera options for making timelapse videos?
1
What are the disadvantages of the new Viltrox 85mm f/1.8 versus Sony's current 85mm offerings?