How can I use a Yongnuo YN-568EX for fill on-camera together with YN-560 III flashes off-camera?

I’m new here so apologies if this is a really stupid question:

I started with the 568 and was using that as an on camera flash with a rogue flashbender and it was working fine, but I wanted to add an off camera flash system so that’s when I bought the other 4 (plan was to put each flash in corners of the room at weddings, but I’ve only used two so far)

Problem is I can’t figure out if there’s a way to use an on camera flash (for fill) AND have 2-3 off camera flashes going with the equipment I already have (for weddings)? As far as I know I need to use the flash trigger to trigger the off camera flashes, so I can’t have the on camera flash in the hot shoe obviously while the trigger is. The last wedding I shot I was just holding a flash in my left hand and the camera in my right while the trigger was triggering but, that gets very heavy/unwieldy/doesn’t look that professional I’d imagine. I also tried having an assistant just follow me around holding a flash but — there has to be a better way!

Have you tried mounting the "on camera" flash using a flash bracket? That way it is attached to the camera without using the hot shoe. 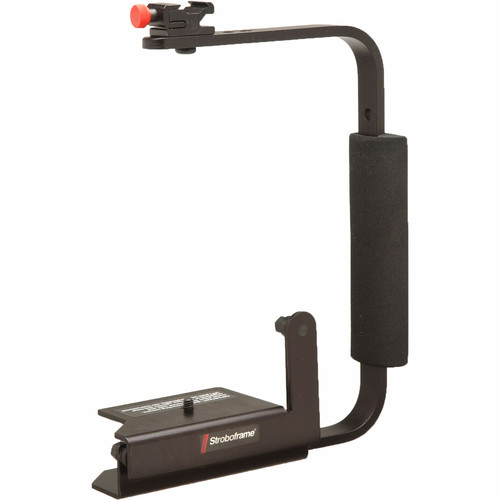 Do note that some wireless radio systems have difficulty when a receiver is too close to the transmitter. Some have settings to compensate and allow using flashes closer to the transmitter (at a cost of maximum range)

there has to be a better way!

There is. It's called Godox :) (at least at the time I'm writing this).

Generally speaking, most of the ways to use your YN-568EX with your YN-560III speedlights will lose TTL/HSS capability on the YN-568EX.

With your existing gear, the main issue is that the YN-568EX has no built-in radio triggering, so you can't use it as a radio master on the hotshoe of the camera instead of using a dedicated transmitter unit. And if you got a YN-685, it only work as a 622 transmitter, not a 560 one. And the YN-560-TX has no hotshoe up-top so you can't sandwich it between the flash and the hotshoe. And the YN-560/RF-603 triggering system can't really integrate with any of Yongnuo's TTL (YN-622) triggers or speedlights without losing TTL/HSS function. Yongnuo is slowly moving to an integrated system with their YN-560-TX Pro, but they're really far behind Godox in this regard.

This kind of expansion and manual+TTL gear integration issue is exactly why a lot of us dumped our Yongnuo gear in favor of Godox. All of Godox's gear is in the same triggering system.

To me, the best solution is to sell off your Yongnuo gear and replace it with Godox gear. A Godox TT685 is $110, a V860II is $180 (li-on battery pack has 3x the battery capacity of a set of 4xAA), and a round-headed li-on V1 is $260. All of them are TTL/HSS capable and can be used as TTL/HSS/remote power radio masters on the hotshoe to Godox's other speedlights, all off which have built-in radio transceivers. No add-on triggers required. The V1 is the only one that comes in Pentax flavor, but all three come in Canon, Nikon, Sony, Fuji, and Olympus/Panasonic flavors.

The Godox TT600 is $65. It's a single-pin manual flash with a built-in radio transceiver, Godox's analog to the Yongnuo YN-560IV. It can have its power remotely controlled from any Godox transmitter unit (including the TT685, V860II and V1 speedlights). It cannot be woken up, it cannot be zoomed, but it can do HSS. For Canon, Nikon, Sony, Fuji, MFT, and Pentax.

And the bigger lights in Godox's system (AD200 mini strobe, AD400 and AD600 battery-powered TTL monolights, and the non-TTL AC-powered series II and MS strobes) are all in the same radio triggering system, so expansion options are better than with Yongnuo.

Not the answer you're looking for? Browse other questions tagged flash off-camera-flash hotshoe-flash yongnuo event-photography or ask your own question.

0
Firing a TTL on-camera flash and manual off-camera flashes via radio triggers
3
Why won't my Yongnuo 568EXII (if used on a radio trigger) fire my 430EXII?
2
Why aren't my Yongnuo 605N wireless triggers working with my YN568ex off-camera flash?
2
Can I trigger a Yongnuo 560 III off-camera flash from Yongnuo RF-603II triggers on two different bodies?
0
Yongnuo YN560-TX N + YN-560 IV Flash + YN-568 EX Flash
1
How do I get a Yongnuo YN-565 EX II and Yongnuo YN-560 III to work together off-camera?
2
What is the difference between the YN560Tx and the YN-E3-RT?
1
Can manual non-TTL flashes be fired remotely without a remote trigger?
1
The combination of transmitters to fire AND control Canon 430EX III-RT and Yongnuo YN-560 IV
1
Connecting Yongnuo YN968EX-RT speedlight with a YN560IV off-camera