I have a smartphone with Android 8.0.

I need control over :

Could you please suggest the way to go forward? I do not know how to change any of them?

I am using an inbuilt camera with Honor 7X smartphone and running Android version 8.0. I have tried to install the CAMERA FV-5 LITE application to use with the phone camera but cannot understand the way to control the aperture and shutter speed.

In the "pro" mode, I could find the setting for ISO but not for aperture and the shutter speed. It looks like: 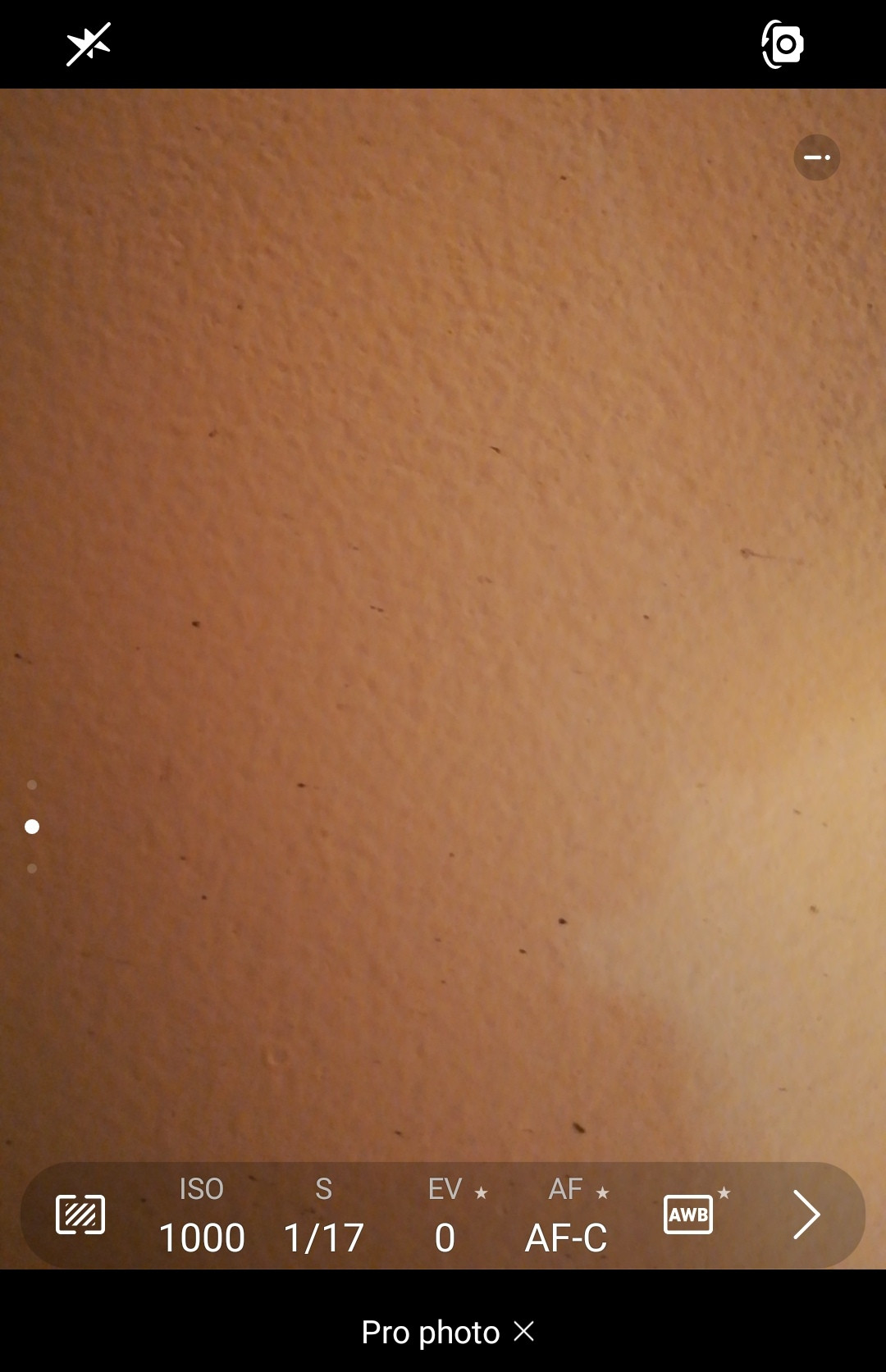 The last time Camera FV-5 was updated was in November 2017. To say it is getting a bit long in the tooth is an understatement. That was only three months after the initial public release of Android 8.0. A lot of reviews for Camera FV-5 are negative and indicate that it causes a wide variety of phones to crash when certain features are accessed. It may be that your phone will not fully work with Camera FV-5.

In the "pro" mode, I could find the setting for ISO but not for aperture and the shutter speed.

The shutter speed (exposure time) is to the right of ISO. It is currently showing 1/17 seconds as the exposure time. 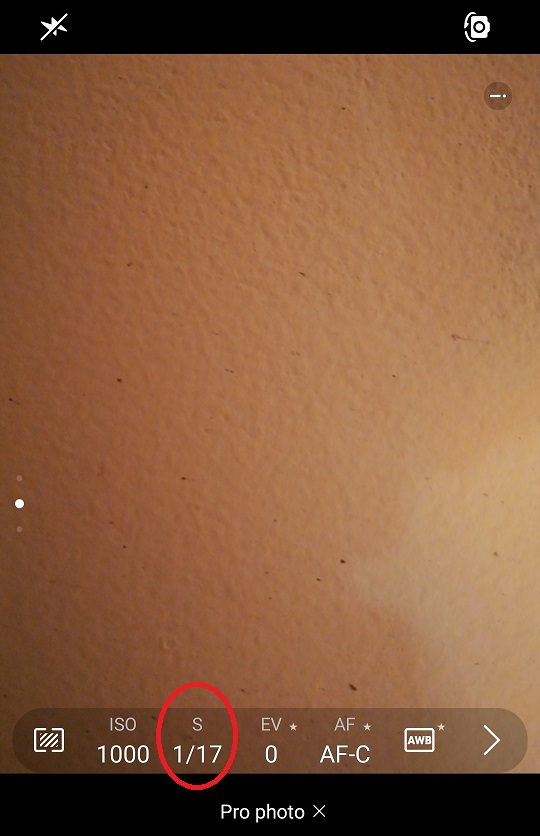 To the best of my knowledge, the only smartphones with cameras that actually have an adjustable aperture are the Samsung Galaxy S9, S9+, Note 9, and the currently available Galaxy S10 and S10+. They only have two - count 'em: two - aperture settings, f/1.5 and f/2.4. The recently announced Galaxy Note 10 and Note 10+ include a camera with three stage aperture offering f/1.5, f/1.8, and f/2.4.

EV is exposure value. In this context, it actually means exposure compensation, which is basically a way of telling the camera to expose brighter or darker by a certain amount than what the camera thinks is the "correct" exposure. Most camera meters think everything should wind up to be about as bright as medium grey.

Depends a lot on the actual camera hardware and the camera application. On my Android 9 (Xiaomi Note 7), the camera app has a "Pro" setting in which I can pick the ISO, the shutter speed and the focus[*]. You will notice that there is no setting for aperture, because since the small size of the sensor makes the camera diffraction-limited, the camera is essentially a fixed-aperture one.

[*] And I'm not convinced that said "focus" is a real hardware focus, looks more like a computer-generated blur to me.

Not the answer you're looking for? Browse other questions tagged aperture iso shutter-speed android or ask your own question.

7
What are some common ISO, aperture, and shutter speed settings for street photography?
8
How do different aperture and shutter settings affect a photo with the same overall exposure?
6
Does Av mode on my Canon DSLR take IS into account when deciding shutter speed and ISO?
10
Is noise related to shutter speed as well as ISO?
3
why do most camera apps use a limited set of shutter speed values instead of a continuous value?
3
Why did the shutter speed increase when I raised ISO and lowered exposure compensation in Aperture Priority mode?
3
Can I change the camera aperture value on my Honor 8 phone?
7
Is there any reason to change the ISO manually?
7
Why can't I shoot with a fast shutter speed with my continuous light at max power?