So I was looking on this tutorial about redscale, which is a term that describes loading color negative film with the base side of the film facing forward so that the film is exposed through the "back" of the film rather than the normative method of exposing the emulsion side of the film.

In there is presented the following scheme for an Iso200 film. Is it true that setting the iso of the camera will be able to set the color like: 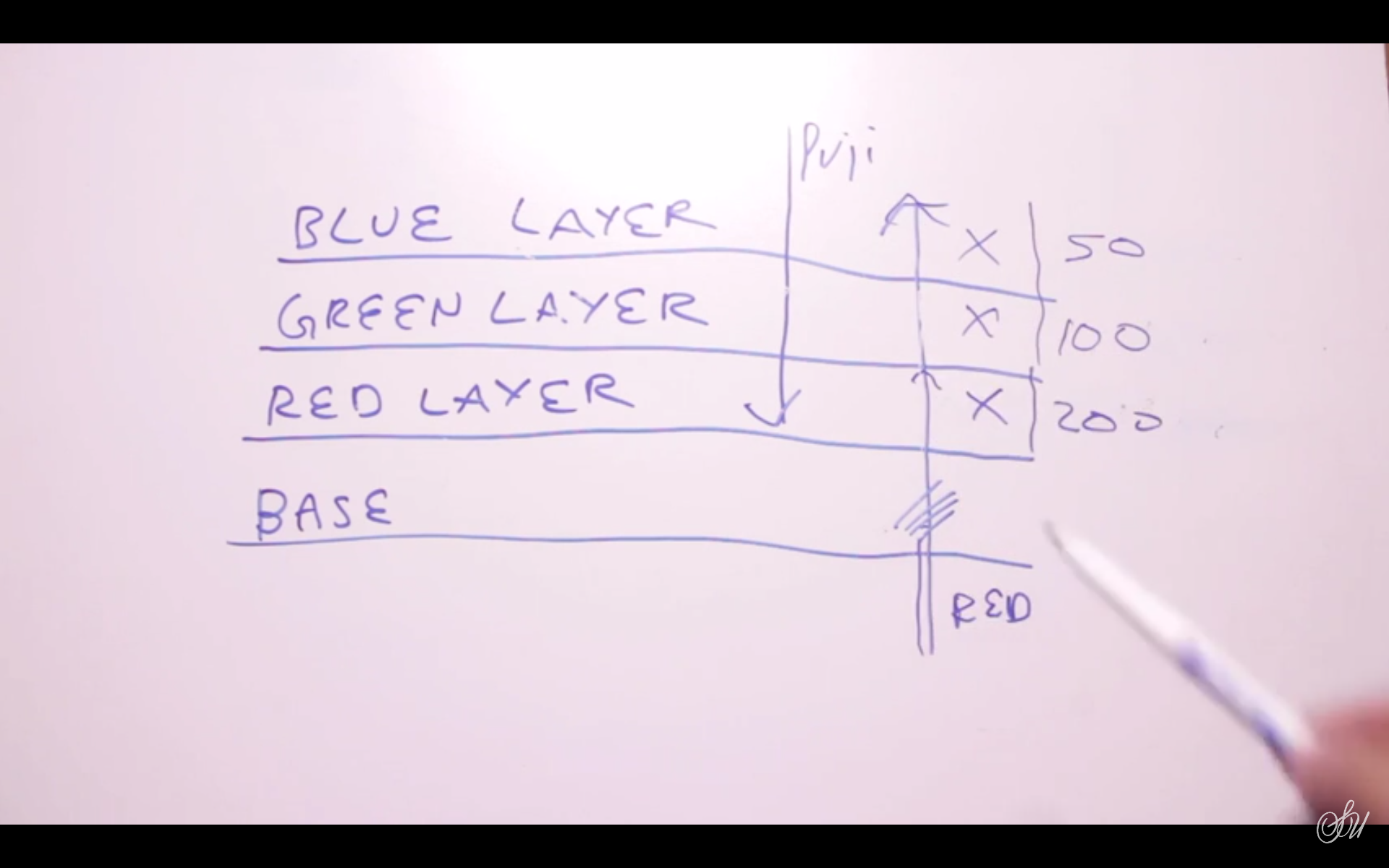 When we talk about color film, we often try to simplify the lesson by describing the film as only having three light sensitive layers. This is actually an oversimplification. A typical color film likely has more than one light sensitive coat for each of the three light primary colors which are red, green, and blue. The top emulsion layers are sensitive to blue light only. Under these emulsions is a strongly colored yellow layer. This is a blue light blocking filter layer. Its purpose is to prevent blue light from reaching the underlying green and red sensitive emulsions. The yellow blue blocker filter is necessary because all film layers are naturally sensitive to the more energetic blue and violet light. There are many other coats of various colors designed to protect the film from exposure from the rear due to internal reflection.

Nevertheless, since film is not designed to be overturned and exposed from the rear, strange images result. When loading a movie camera, it was possible to load it reversed, and we saw this type of results. Worst, if the photographer overexposed to boot, a red underexposed image resulted, however, when the movie was projected, it projected upside down, and the end of the movie was showed first. No way to correct – sad – likely the origin of this fad.

About the various ISO settings: Un-developed film, when viewed from the rear is milky (opalescent). It takes lots of extra exposure to force backwards-loaded film to record. In order to sufficiently get enough light to hit the film, one would re-rate the ISO as if the film had super low light sensitivity. Thus setting the ISO to 25 does this trick by forcing the camera to open up the lens aperture, thus pouring more light onto the film during the exposure. Such an act may allow all layers to receive some exposure.

If the ISO is set to lowered values like 50, or 100 or 200, the amount of light the camera allows to enter during the exposure is reduced as you go higher. Thus each upping of the ISO decreases the brilliance of the exposing light. What will happen for each setting is unpredictable.

I will not foo-foo this fad, because art has no rules. I personally don’t think this technique has much merit.

If I'm understanding you correctly, that's not quite how it works. Film is made of a stack of layers as shown here.

Speaking broadly, we can discuss only three layers, the red, green, and blue sensitive emulsions.

When light passes through them in the "correct" direction, the blue sensitive emulsion absorbs the highest wavelengths of light, while the lower wavelengths pass through. The same applies to the green and red layers.

These subsequent layers are not desensitized to higher wavelengths though, the higher wavelengths have been removed by the previous layers. In the case of blue light, an extra yellow filter is included to absorb the excess high-energy light.

The total amount of light is reduced as it passes through the layers as well, so the green layer gets half the light the red layer received, and the blue layer about half of that.

This leaves the green and blue layers underexposed. By shooting at a higher iso, you overexpose the red layer—usually to the point where it maxes out—allowing you to increase the relative exposure of the remaining layers resulting in different color effects.

This is merely a rough emulation of redscale, but it demonstrates the distinctive "yellow shifting" as the ISO increases (each panel has been push processed the respective number of stops). 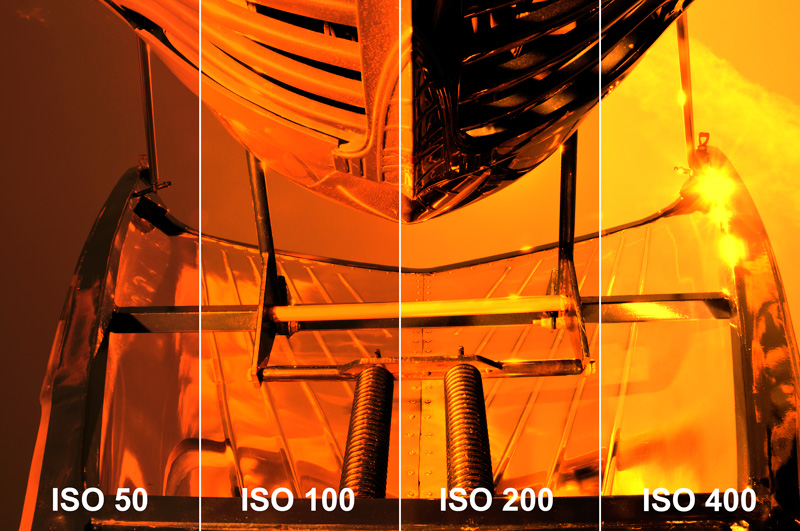 Not the answer you're looking for? Browse other questions tagged film iso 35mm or ask your own question.

1
Why do pure colors (red/green/blue) become a mixture of colors when converting raw?

3
How far can you push process an accidentally under-exposed film?
1
Metering without a incident light meter
3
When to overexpose, underexpose, use standard and/or pushed development time in film?
5
Green Fog in Color Negative Scan
4
Weird artifacts when using Tmax 100 for black-and-white reversal processing
10
Identify old Fuji film from 1987
2
Can I develop Homemade redscale film at the high street shop?
22
Is space radiation a risk for space film photography, and how is this prevented?
7
What surfaces have been used to capture images in analog photography?