Is it moral to remove/hide certain parts of a photo, as a photographer?

This question came to my mind when I asked this question. Kindly have a look on it and the accepted answer there.

I like all of those changes. It definitely makes the leaf it better. But now I have a doubt that little bit kills me. Is it moral to do such things in Photo? I read answers on a similar question but this type of editing was not discussed much there (although I assume they support such editing).

Or you should already take care of objects, unnecessary objects, main objects and other things, before taking photo, which will make photo better?

Artistic photography follows the beauty is in the eye of the beholder ethos. There is nothing inherently immoral about it.

Photography that is meant to make a political statement or journal actual events is held to a much different standard. Take this example: 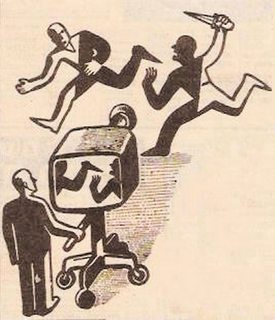 The depiction is of an actual event, the right person attacking the left. However, the lighting and framing being captured on film makes the scene appear exactly the opposite.

Context is vitally important in how we judge what we see, and as photographers, we have the ability to change that context through the use of our framing. Any image captured that is used to interpret an event that leads people to a conclusion about that event that would differ from those that were actually there is an immoral image.

As a journalist, your job is to document history and relay it to others - and that is a vitally important task. If you are building a story to fit your own conclusion, then you're an activist, not a journalist, and passing your imagery off as truth is, indeed, immoral.

The level of deception indicates how appropriate actions are. If you feel a need to hide what you're doing, you're probably doing something you shouldn't. If you fully disclose what you've done (before it is discovered by others), there's likely nothing wrong with it. (This assumes a reasonably calibrated moral compass, which you likely have, since you're asking this question in the first place.)

Do you mean, if I'm sharing it online, I should mention that I've edited it?

You're more likely to be in the clear if you explicitly state what edits you make to photos. If you let people think you didn't, then fess up only after you're caught, there will be question about whether you intentionally let people think it was the original. Every photographer who has gotten in trouble for editing photos that people believed to have been unedited could have avoided the problem by including a single word in the caption - "Edited."

It depends on the intent. If the goal, and actual result is "art", i.e make a nice-looking thing, then anything is acceptable. If the goal is to make the picture be a fake proof that something happened (for instance, removing Angela Merkel from a group of heads of state) then it is much more open to debate. But there is no hard rule, it could depend on the intent[*].

[*] in the case of Mrs. Merkel, it was for a newspaper read by people who find any pictures of any women offensive.

Or you should already take care of objects, unnecessary objects, main objects and other things, before taking photo, which will make photo better?

Also, "better" has nothing to do with "more morally acceptable" - e.g. I would probably be a better human if someone put Einstein's brain in place of mine, yet this would not be very moral to me.

First, we would have to define what we consider as being 'moral' or 'immoral'. I guess this can be considered a broad definition that we could agree upon:

Those who use “morality” normatively hold that morality is (or would be) the code that meets the following condition: all rational persons, under certain specified conditions, would endorse it. [...] Definitions of morality in the normative sense—and, consequently, moral theories—differ in their accounts of rationality, and in their specifications of the conditions under which all rational persons would necessarily endorse the code of conduct that therefore would count as morality.

Definition of morality from the Stanford Encyclopedia of Philosophy

So in terms of photography...what is and what is not something that we all can agree upon? I guess most of us think that we should honor contracts - but are all contracts morally acceptable? The morality of an action has to be judged for every specific action.

The first thing that comes to my mind is the issue of composition - where is the difference between cropping the frame digitally vs. zooming in at the time of image capturing? Both have the same result. To add to xenoid's point: would it be less immoral just to push Mrs. Merkel out of the frame before taking the picture? How so?

But let us go through some cases in which I believe that editing is not immoral at all:

If in one of my model shots, you can accidentally see the underwear and/or some "naughty bits" and I only came to recognize that in post production - is it immoral to:

There are of course more options and combinations of options to this, including "talking to the model about the issue" - I wanted to keep it short ;-)

A somewhat similar example be made with journalistic photos: Is it immoral to blur faces in shots of dissidents? Is it immoral to not blur them although it was an agreed upon term before taking the shots?

As you see, it is impossible to answer your question for each and every case, as every case needs its own evaluation of what would be morally right.

That does not mean that I think that the answers given here are bad in any way (some of them got +1s from me). I just want to say that defining what is and is not moral is incredibly difficult - and even more so with something as photo editing, which to my mind begins even before taking the actual shot.

The questions of morality doesn't depend on whether the photo is edited, but rather on the context in which it is used. E.g. the guys below could have taken their photo without any editing, but it's still deceptive and thus morally wrong (assuming the photo was supposed to objectively represent the situation): 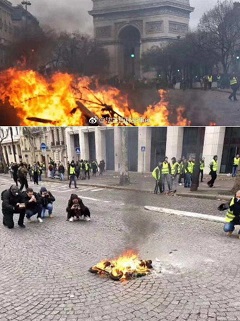 There are cases where a photo is required not to be altered in any way (e.g. when it is used as a proof), and this requirement is typically stated explicitly. Barring such cases, editing a photo has by itself no play in determining its moral status.

Bear in mind that every time you take a photo with your cellphone, the end result is automatically "edited" by the camera software.

How does moral play into it? Is it immoral to do studio recordings of songs rather than live recordings? It's not immoral as much as different unless you hand in a recording as proof of your skills when applying to a band without mentioning the editing. Or in your case, when applying for a job as field photographer.

At any rate, the less you depend on manipulations, the more reserves you have for doing the manipulations where it counts. And elements of a photograph that are actual parts of the photograph tend to have a lot more detail and depth than you can achieve with a reasonable amount of effort in post-editing. Fix the exposure after the fact, and you get quite more noise than if you worked from proper exposure (or overdone but not blown-out exposure) to start with. Proper background blur involves elements that would actually be invisible if you tried creating them from a sharp photograph. Cf for example, the highlights on the whisker behind the fork in the following photograph: on some highlights the center where it originates is not even visible, so you cannot expect to recreate those bokeh circles from a photograph with large depth of field. 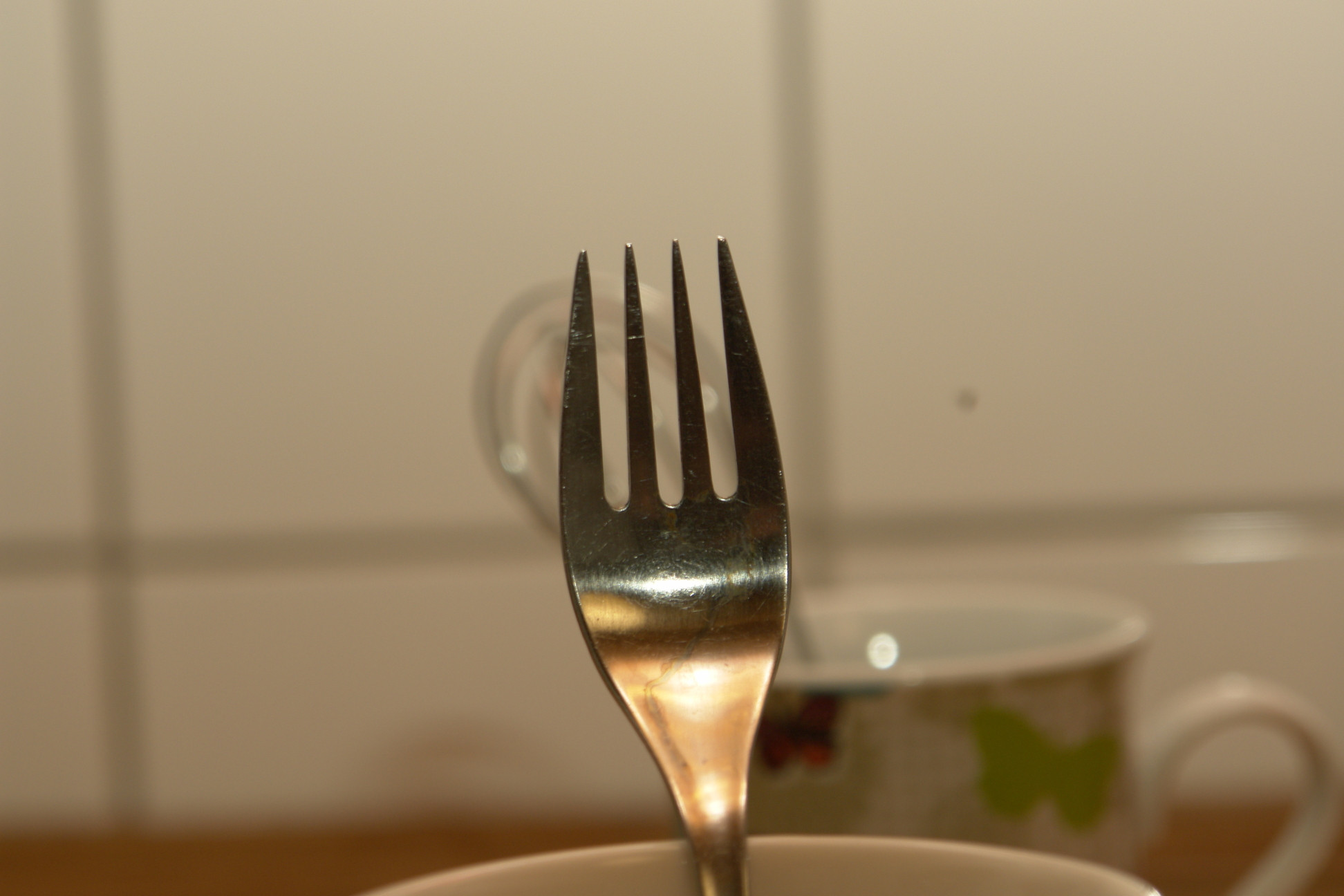 An example if it is moral to change photos is the very much discussed photographing of models which are photoshopped to look slimmer, have small (or big) body properties removed or masked. What can be done in photoshop can be done too with filters for example, like using a soft filter for a face.

Is it moral to make (photograph) or adapt (photoshop) pictures of beautiful models who are in real life not so perfect, but send a signal that girls who do not look like a model get psychological problems?

Or what about photography tricks to photograph food? I once read that food looks better photographed when it is frozen (even when that type of food should never be frozen). So it gives some kind of 'fake' reality. Edited after remark: I searched if I could find anything about frozen food, but I cannot find out. What I did found however was to use motor oil and using other non eatable stuff for making pictures nicer: the dirty tricks of food photography .

For the photographer, the intention is to make pictures more beautiful, or in other cases, more intense. What the users (or companies) of the pictures do with it or how it affects the audience is a neverending story.

Not the answer you're looking for? Browse other questions tagged photo-editing composition photography-basics ethics or ask your own question.

18
Photo editing: Is it ethically ok?
6
How to crop this photo of water drops on a leaf to improve the composition?
3
Where lays the border between correcting photo and creating a new one using PC?

15
How can I remove the background of a photo using GIMP?
5
What software do I use to remove part of a photo and blend that space?
11
How to remove markings from black and white photo?
31
Can anyone recommend a good open-source photo management platforms for power users?
25
Should an artist/photographer admit to a photo being edited?
5
How to remove objects from photo
3
How can I remove white stripes from an old photo without losing detail?
4
Remove brushed aluminum texture from photo