How to crop this photo of water drops on a leaf to improve the composition?

I'm not a professional photographer. Neither I want to pursue a career in same. But I like Photography as a hobby. But I don't know how should I crop, what area should be excluded, how to make composition better (by cropping), once photo is taken. 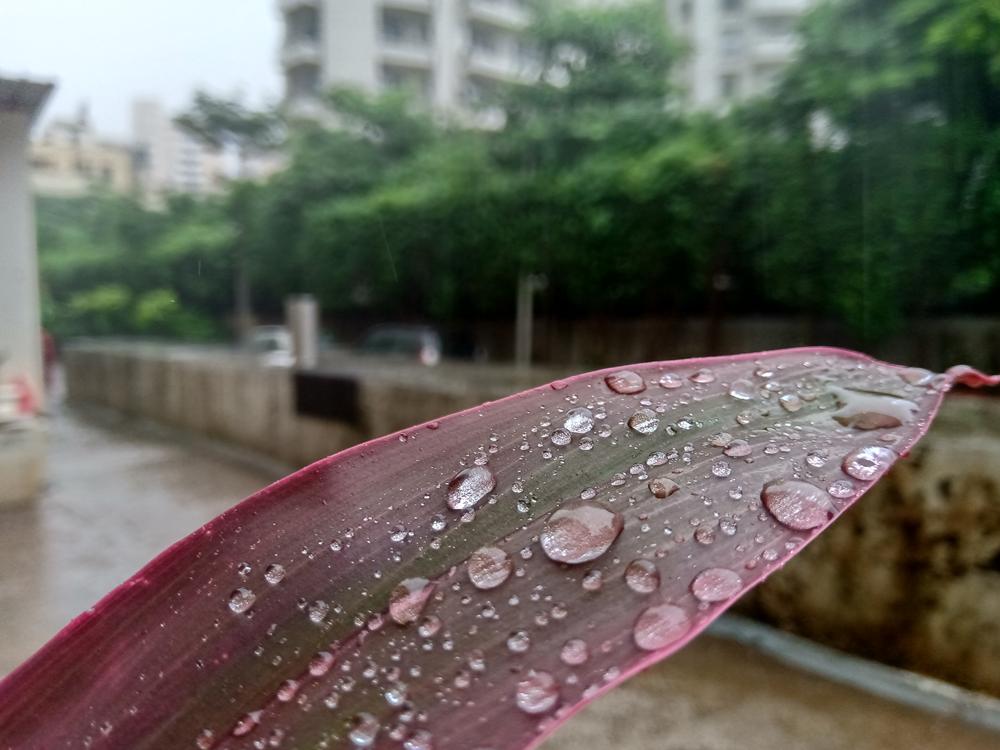 How can I crop and which areas should be excluded and what would be logic behind them?

To avoid having to crop it quite so hard as xenoid's example, I tried this...

I healed out the worst culprits - the grey at the bottom of the wall & the post near the centre. I could have done more with the black panel & post towards the left but I was just doing a rough job as an example. 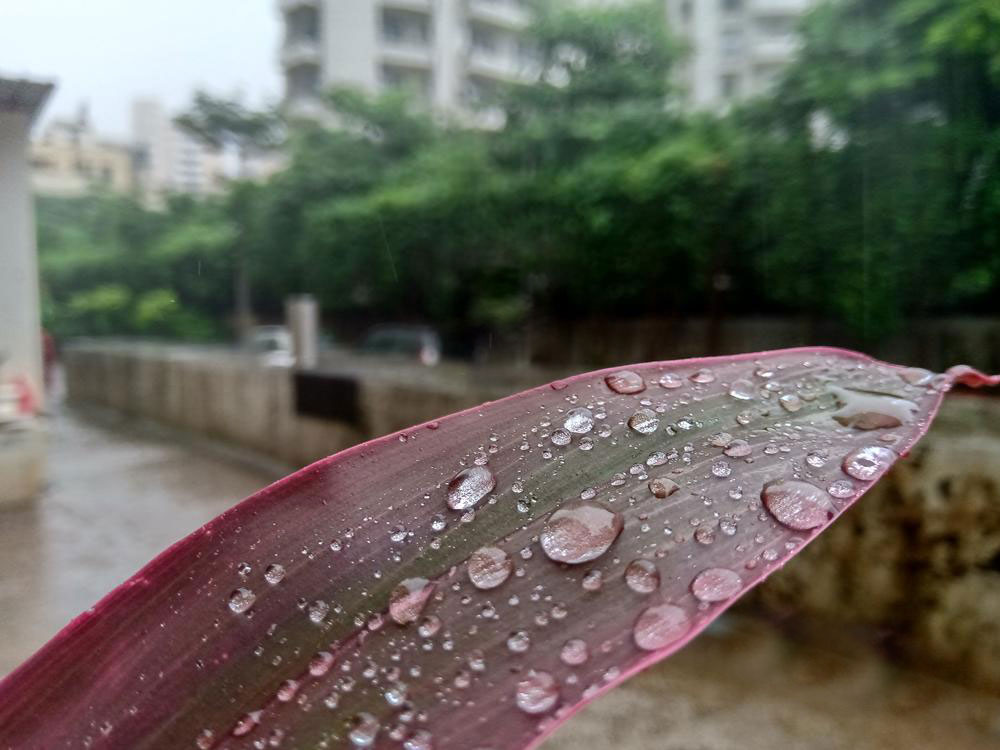 Then isolated the subject by blurring the background.
That let me crop far less harshly. 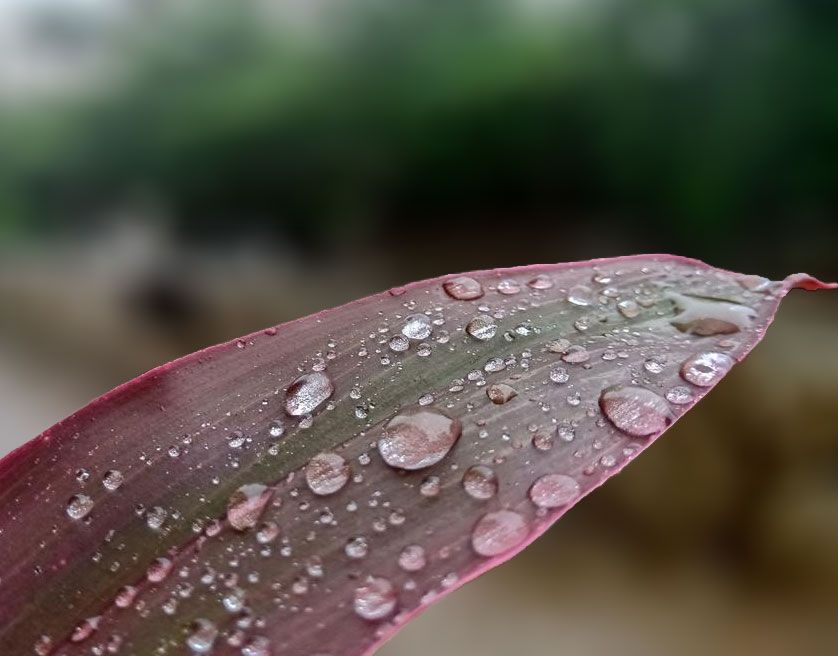 It's not perfect, but it took less than 5 minutes.

As regards the logic behind my choice - firstly to remove the worst distractions; the pillar/doorway hard left & the ugly grey buildings in background, which there's nothing you could do with except crop out. Then the grey stripe [gutter, pipe?]
I did, however, leave a hint of the shape contrast between the two opposing diagonals - the wall & the leaf, which I kind of liked once it became overall less distracting.
That X-shape could work. Had the lines in the wall been cleaner, I wouldn't even have blurred it out.

The more I looked at it after I'd posted it, I decided I'd punch a bit of colour into it too... [this from the last jpg as I'd already thrown the project away]
I also recropped at a slightly different aspect ratio, which I think pulls attention to the foreground better.

I reposted the original below so you can quickly A/B. 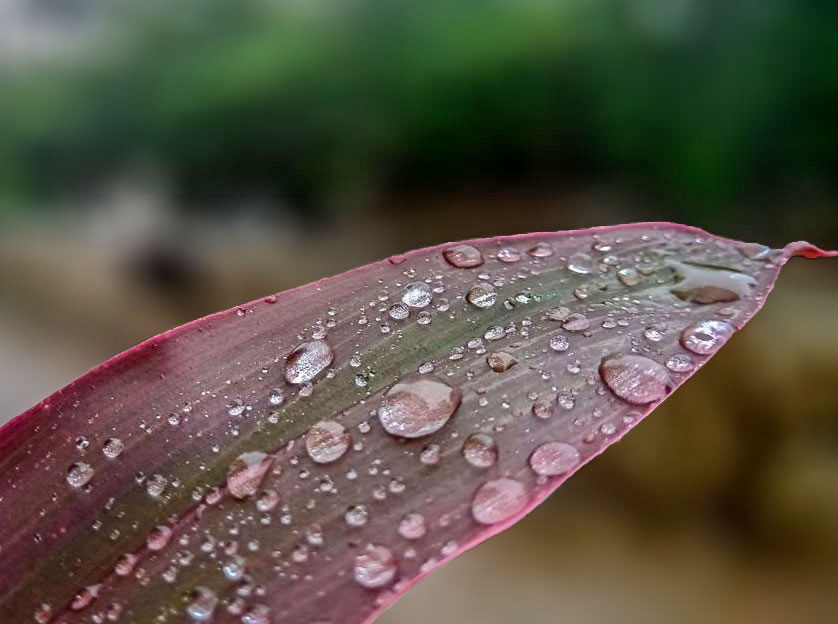 so I would crop the picture to completely remove it: 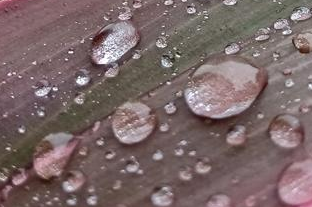 I would have kept the background if:

It is generally accepted that their are no rules in art. In art you are free to follow your heart.

The main problem with your background is that it is much too distinctive for having no thematic relevance to the foreground of the image. If you are not into computational blurring, you need either a far longer lens or a far wider aperture, or both.

Also your preexisting framing leaves absolutely no leeway for creating a useful crop based on the entirety of the leaf since that leaves you with no sensible aspect ratio.

This looks like a wide angle macro shot from the perspective: those work better when you have a scenic background.

Not the answer you're looking for? Browse other questions tagged composition photography-basics nature or ask your own question.

18
Photo editing: Is it ethically ok?
10
Is it moral to remove/hide certain parts of a photo, as a photographer?

20
What things should one take into account when looking at cropping a photo?
9
What and how to crop?
0
How to improve the composition flaw in this candle photograph?
7
How to shoot for wide website hero image?
2
How can I make successful abstract photographs?
2
How can I control figure-to-ground composition when I can't stage the whole scene?
5
Advice for transitioning from landscape nature photography to portraits
10
How to choose the most appropriate composition?
4
How can I improve the crop on this photo?