What camera and lenses are shown in The Office (US) season 2 episode 21?

Here is my edit of every scene that includes it.

What is the camera? What about the speedlite and the lens with red hoop? Is it really an expensive L series lens or they simply borrowed one from a cinema camera that uses CN-E? What about the other lens?

The interface uses Windows 3.1 monochrome style zoom bars and icons so maybe it can be used as a tip for identification.

There are at least two different camera bodies in your sequence of scenes. 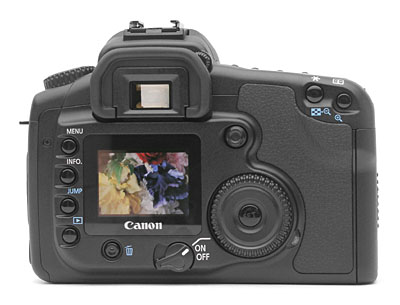 Back of Canon EOS 20D

There are also at least two different lenses in the montage:

What about the speedlite and the lens with red hoop?

The external flash pictured near the end of the montage is not a Canon EOS flash.

Is it really an expensive L series lens or they simply borrowed one from an cinema camera that uses CN-E?

CN-E lenses would not mount on an EF camera body.

There is seemingly an first gen 5D by Canon.

None of the 5-series bodies, including the original EOS 5D, have pop-up flashes.

The power button and rear wheel looks iconically Canon but the pop up flash means this isn’t a pro body, ruling out the 5D. It looks to me like the prosumer range, XXD (20D/30D If this was 2006). 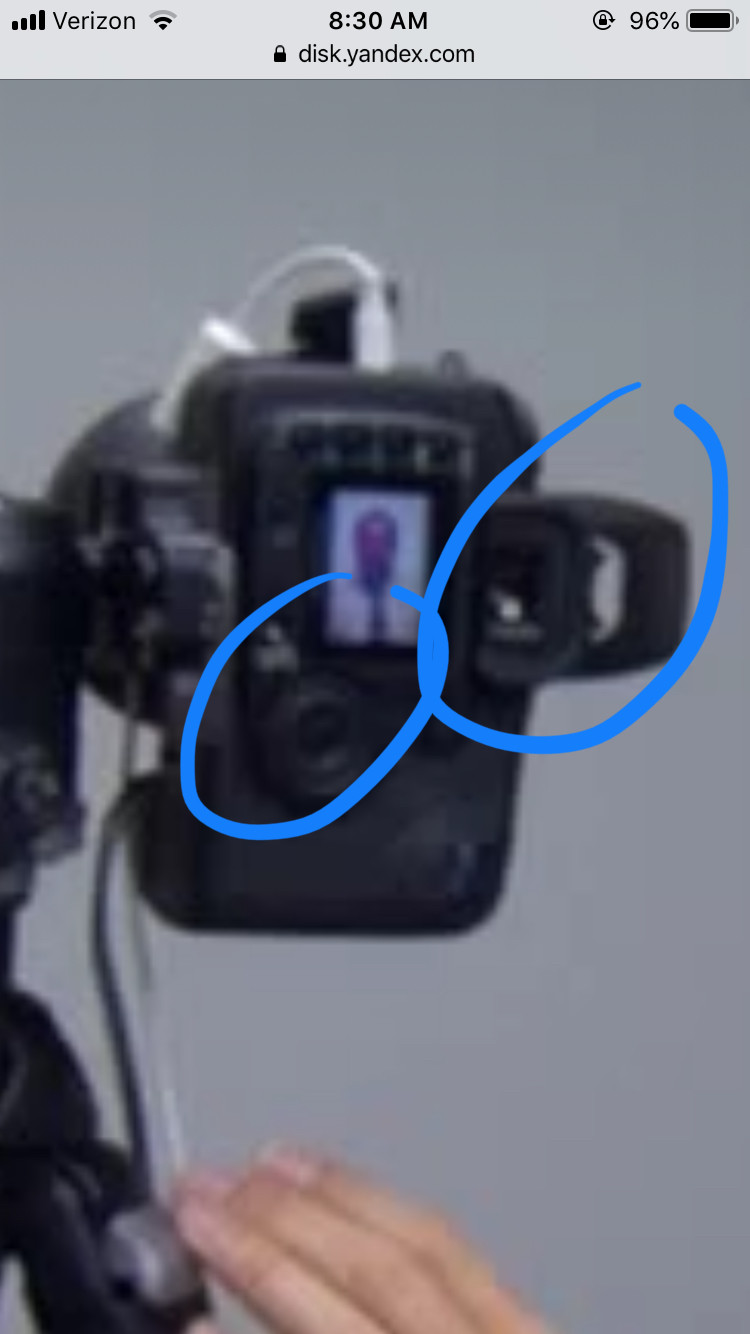 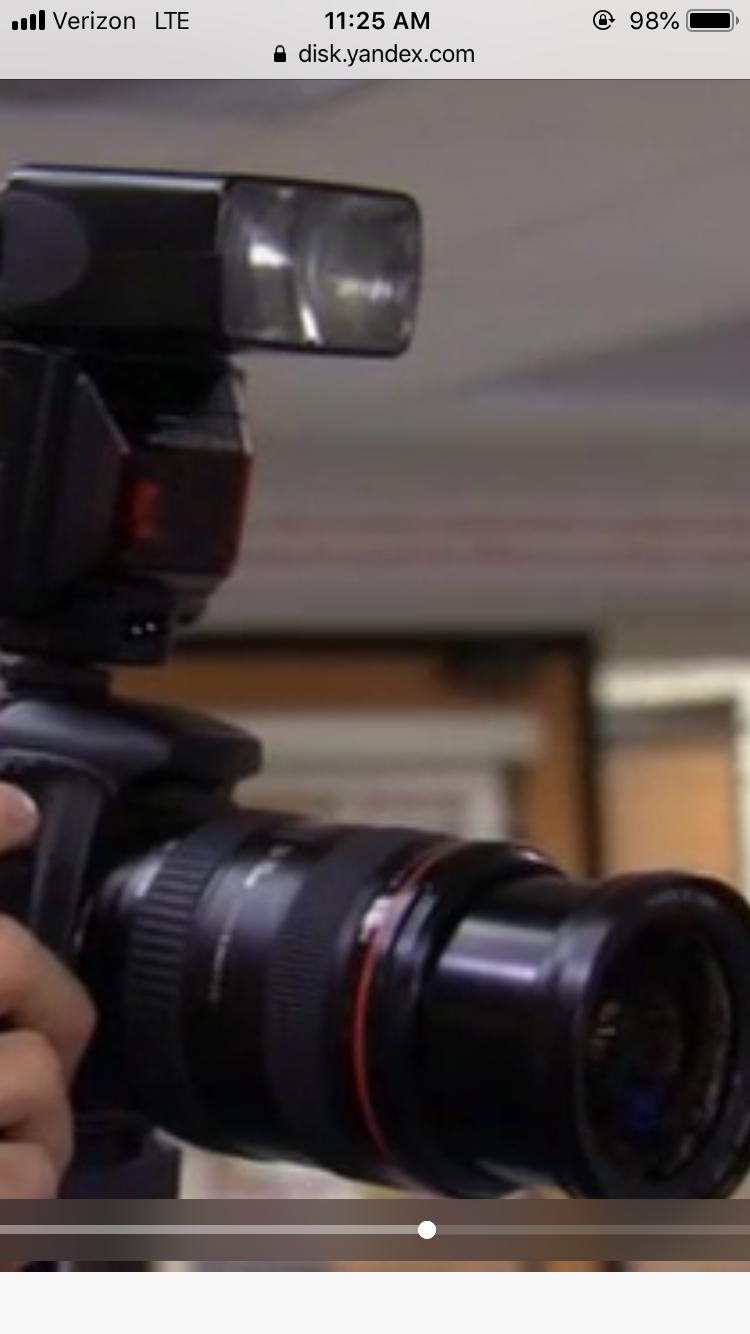 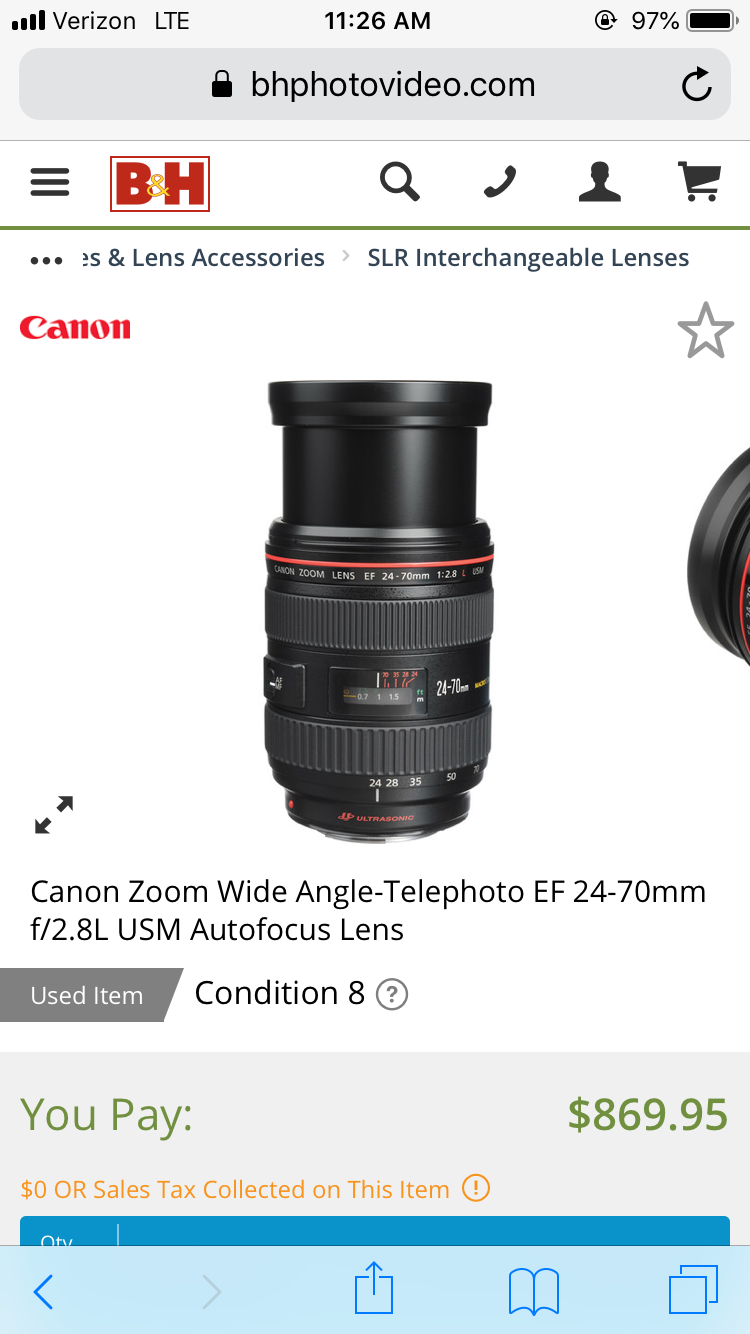 Not the answer you're looking for? Browse other questions tagged dslr camera equipment-identification camera-identification or ask your own question.

0
Megapixel number - how many sub pixels?

13
What camera did Ed White use during the first space walk?
13
What are the differences between a bridge camera and a DSLR?
5
What are the differences between dslr lenses and video/film lenses?
6
Why are shutter speed and ISO sometimes shown in strange fractions?
0
What is the camera that L'Wren Scott is holding in this photo?
3
What is this compact 35mm camera from the 1990s?
3
What is this wearable camera support from the 1970s or 1980s?
2
Why does the camera output an image with multi-colors not shown by the naked eye under the projector?
2
What is the white camera in Thelma And Louise '91?
1
What is the mount with three tabs and two linkages on these Albinar lenses?