How to achieve this low light/long exposure scribble lights effect but the subject remains steady/focused? 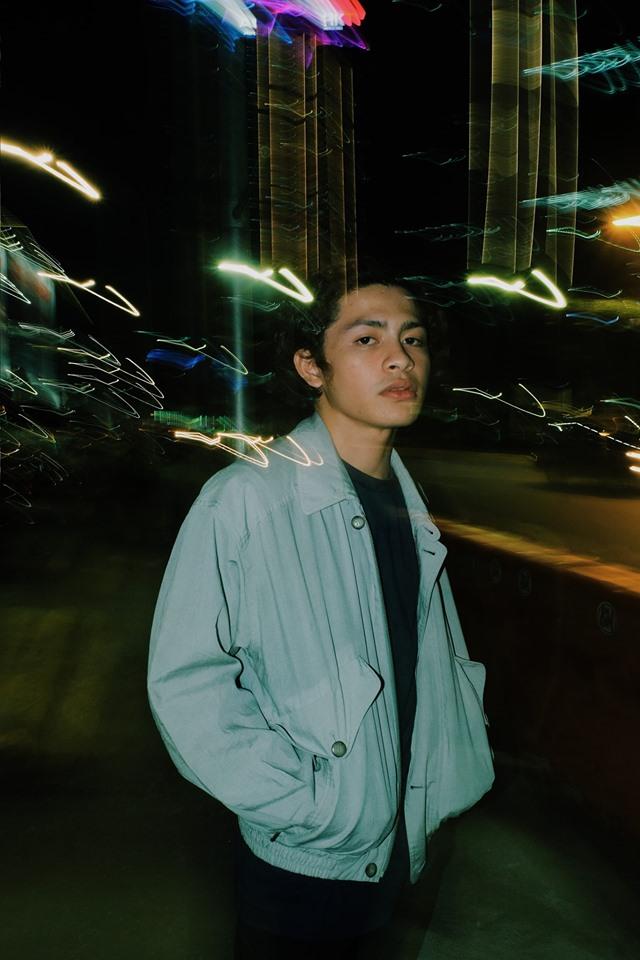 The photographer said it was done by using the built in flash, that's it and he never explained the process. Does anyone know how it was done?

The subject is in complete darkness, so a long exposure (1 or 2 seconds) combined with a bit of camera wobble makes the lights in the picture leave trails like that but you don't get a blurry subject.

Combine that with a camera flash (1/1000s maybe?) which illuminates the subject and there you have it. (the flash also dimly illuminates the objects in the bottom-right of the picture).

Edit - the flash will either fire at the start or at the end of the exposure, controlled by the first/second curtain sync setting. I don't think it would matter too much for this exposure, but for an effect like car light trails appearing to streak away BEHIND the car (Car light trails, Google images), you'd use second curtain. so with the shutter open for a second or two you capture the light trails, and then the flash fires as the shutter close (2nd curtain) to illuminate the car, frozen in the frame with the light trails behind it.

Default for curtain sync is usually first, which would illuminate the car as the shutter opens and THEN capture the light trails, which would then appear to streak AHEAD of the car.

Since all the "jiggles" have the same shape, I'd say that it was done with a double exposure.

One with a flash to (slightly under) expose the subject.

Another exposure was made on some lights with an extended exposure time while the camera was moved.

The two can be made in any order.

Some people do this on purpose with some effort and planning to position the image elements for effect.

It used to be done in error by older roll film cameras that did not require the shutter to be cocked before firing; and, the film was not manually turned to the next unexposed position on a roll of film automatically.

Not the answer you're looking for? Browse other questions tagged flash digital long-exposure low-light fujifilm or ask your own question.