How to take photos with a yellowish tone and point-and-shoot film camera look?

I have a Canon EOS Rebel T6 and want to emulate the look of these pictures with my flash.

The photographer is astrortiz on Instagram. He also uses a Canon DSLR. Most were taken with flash. They have a yellowish tone, and the clouds look clear. They look like someone took them with a film camera.

How can I take pictures like these? How to get the same style?

Can I take a short but cynical poke at these?...

They all look like they were done with a fairly close flash - though whether it's on camera or held up by the photographer I couldn't be certain, they seem to me to be predominantly high & camera right, so maybe he's left-handed & held it up at arm's length in his right hand - who knows?
Late edit... a second guess at this is - it's on camera, but the camera is turned to portrait, pushing the flash to the right... makes more sense as an 'easy shot on auto'.

I'm going to go with - it was done entirely on automatic, TTL metering, so the flash & background are both generally adequately lit, though there are annoying hot-spots on light-coloured clothing & some of the subject's faces.
That also, to me, explains how in pic 3 the TTL was badly fooled by how light the sky was against how dark inside the sports ground.

I think then once back in the computer, the Vibrance was dialled up to just below painful. Contrast is pushed as well. White balance is way over towards 'warm'.

I always like to check a photo in CameraRAW to give me a hint as to what may have been done to the exposure/white balance on a photo. It's not perfect, but for something that already feels over-pushed, then seeing what the 'Auto' setting tries to do to recover it can give big hints as to what was done already to 'spoil' it.

This is what it tried to do to one of them - it's not good, it's not meant to be good, it's just a hint as to how far off 'ideal' it is.
CameraRAW window shrunk down to small to get more info in the screenshot. 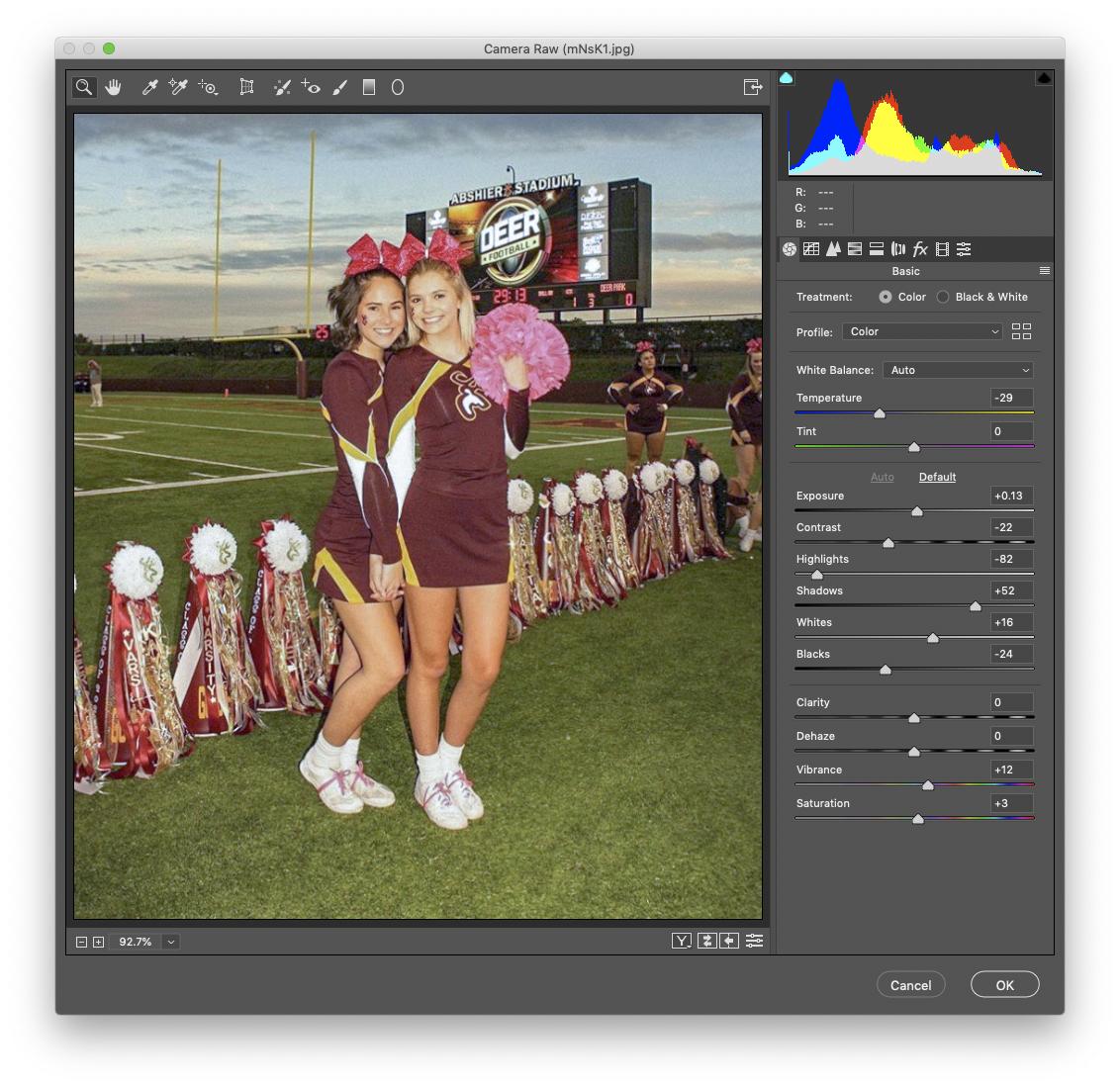 I honestly wouldn't consider it a 'look' to try to emulate.
The technique has been done a lot better.

You could learn a lot by reading the Strobist

The color tone is produced by accurately setting your camera’s white balance. The subjects in all of your examples are being lit by flash - so the white balance is simply set for the flash.

The flash on these is off camera and to a side (with an exception for number 3). Note how the shadows on subject 1’s face are in a different direction than the background trees.

If you want to copy the style, you’ll need to properly set your white bal, use flash to light a subject and natural to fill the background, and position the flash off camera. Note that it takes a very powerful strobe to overpower the sun for midday mixed lighting shots (num 1 and 4)...the football shots are during golden hour, where a less powerful strobe or speedlight could be used. I highly recommend strobist.blogspot.com to begin learning mixed lighting.

Posting your attempt along with your goal to this site in a future question will also get you more answers on specific things you could try/change.

18
How can I see the number of shutter actuations for my Canon EOS 350D?
8
Why does my old Quantaray flash not work on my newer Canon DSLR?
1
How to remove too much red color added by Canon camera?
3
How to take Black and White photos without pure black?
4
Why is my single test image much brighter than our Stackshot image output?
6
What could cause this black shape on the photo?
1
Can a DSLR take a better photo (less blurry and less noisy) of artworks than a Point and Shoot Camera (Nikon B500)?