What is the best way to take pictures of a document on an LCD screen? [duplicate]

Getting records from the courthouse. They charge $1/page to print which is utterly insane but will let you discreetly take pictures of the computer screen instead.

I have my iPhone and the pictures are usually readable but there are always lines or rgb dots that show up. Is there a technique or anything you’d recommend to take better pictures?

And yes, I’ve already looked into uploading documents from the computer itself. The computer is on a network whitelist. It can access the court website and nothing else. Also it’s run on a vm on top of a basic windows pc. So it’s not an option to have a flash drive.

Here’s an example of a picture I’ve taken. 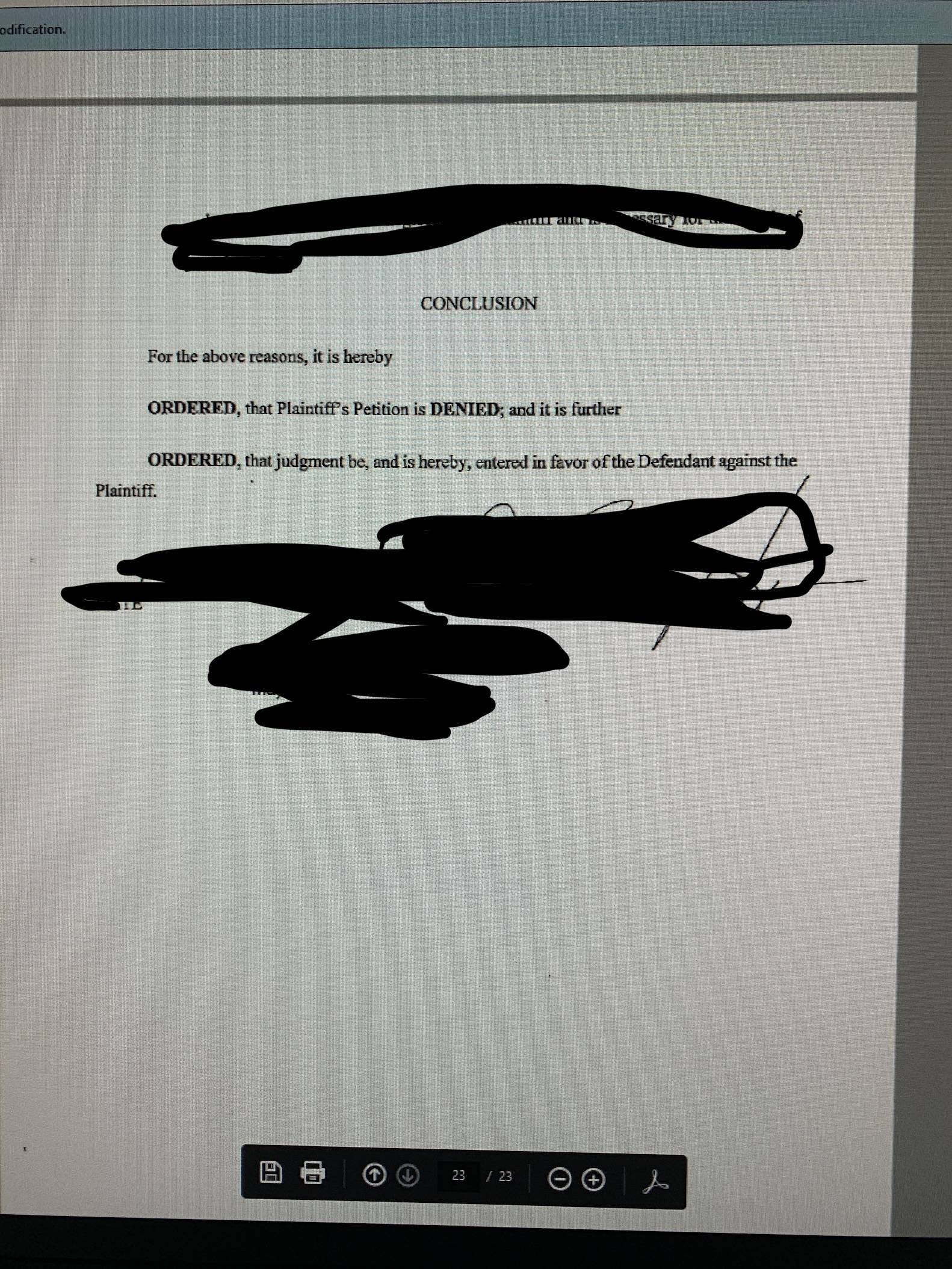 The effect is called moire. You can easily avoid it by taking deliberately defocused photos.

Start by framing a slightly bigger picture and holding your finger on the screen until AF/AE LOCK appears: 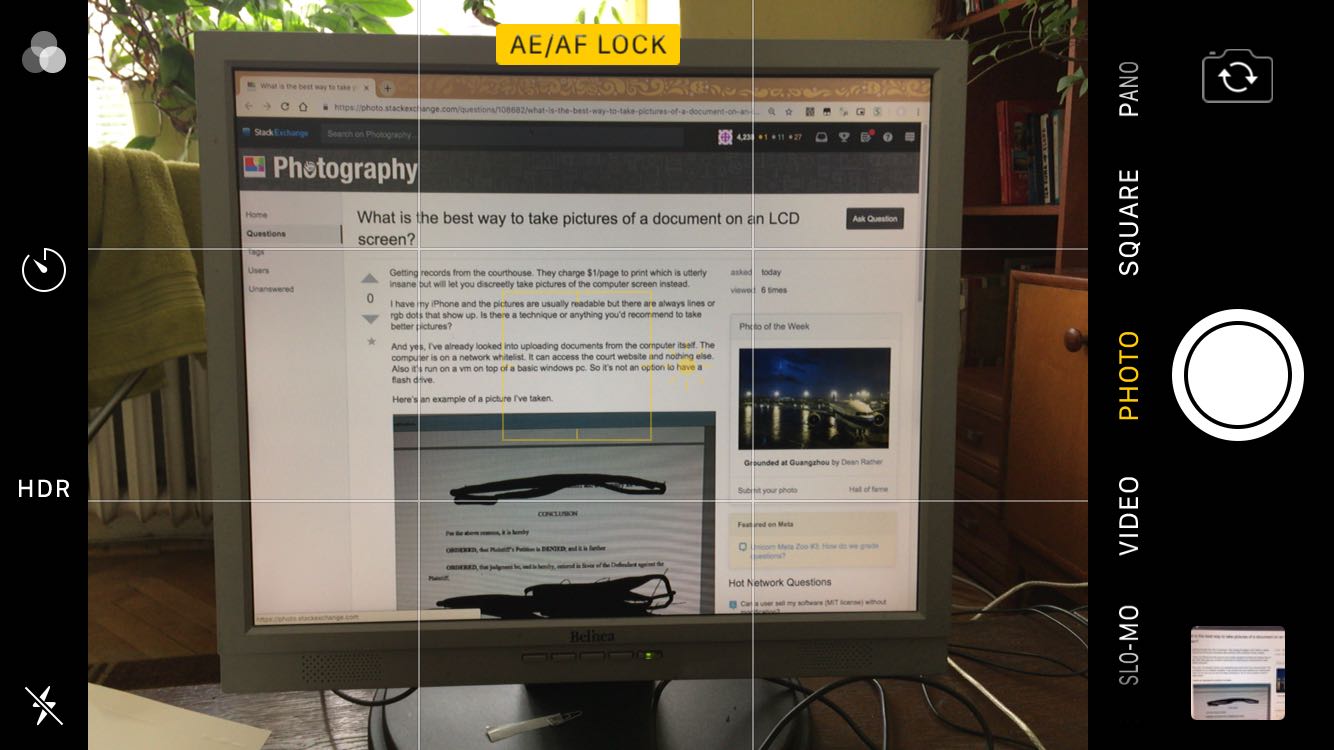 Taking a photo at this moment would give us the well known unwanted pattern, so don't do it: 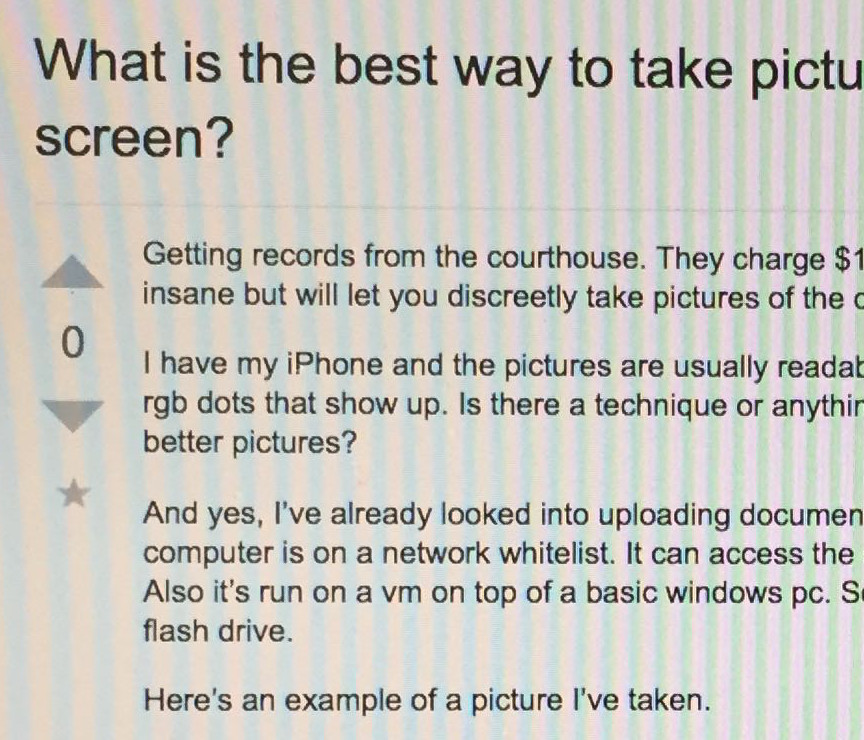 Instead, move the phone a few inches closer for the final framing and shoot: 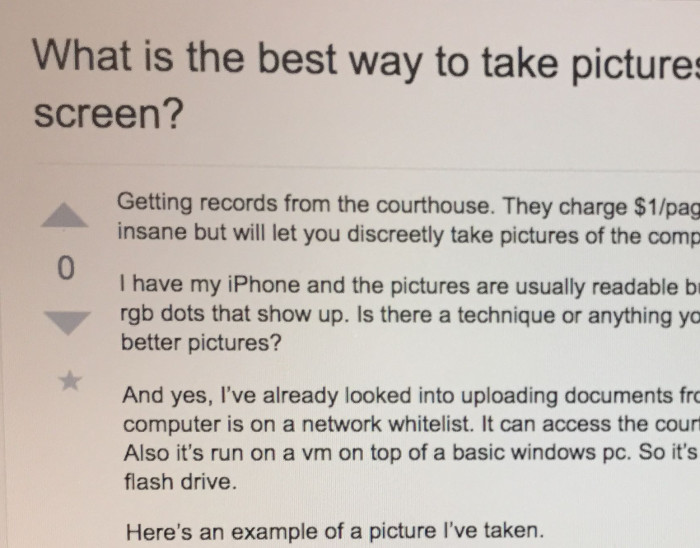 Not the answer you're looking for? Browse other questions tagged lcd moire or ask your own question.

11
What's the best way to take a picture of an LCD or CRT screen?

6
How does adjusting the brightness on my LCD screen affect the photo?
0
Canon t1i DSLR LCD screen discoloration
1
Are you supposed to turn off the LCD screen when using the optical viewfinder to shoot pictures?
0
What is the price for a new LCD screen in a Canon 550D ?
0
Sony Cybershot LCD screen replacement, inverted colors
0
LCD screen of Canon showing black in auto mode
0
My D90's LCD screen shows a black screen and gives a dark image unless I use a flash
1
Shutter temporarily disables LCD screen
1
Hole on Canon EOS M10 LCD screen?
1
What causes the rainbow colours on part of my LCD screen?