I am using a Nikon P900 and although I love the camera the image quality is not always as sharp as it could be. Also it is just 3 years old and is falling to bits although i do use it daily. As most of what I photograph are bif and in the distance PLEASE recommend your thoughts on what I should buy. I have tried the Panasonic G9 with the sigma 60-400 lens and to be honest, there was no difference in quality, yet with a price difference of £2000 I would have expected to notice something, although that could have been me. I welcome suggestions especially from anyone using a Nikon D500 with a 200-400 lens, Which I hope will make my photos sharper. I enclose a photo 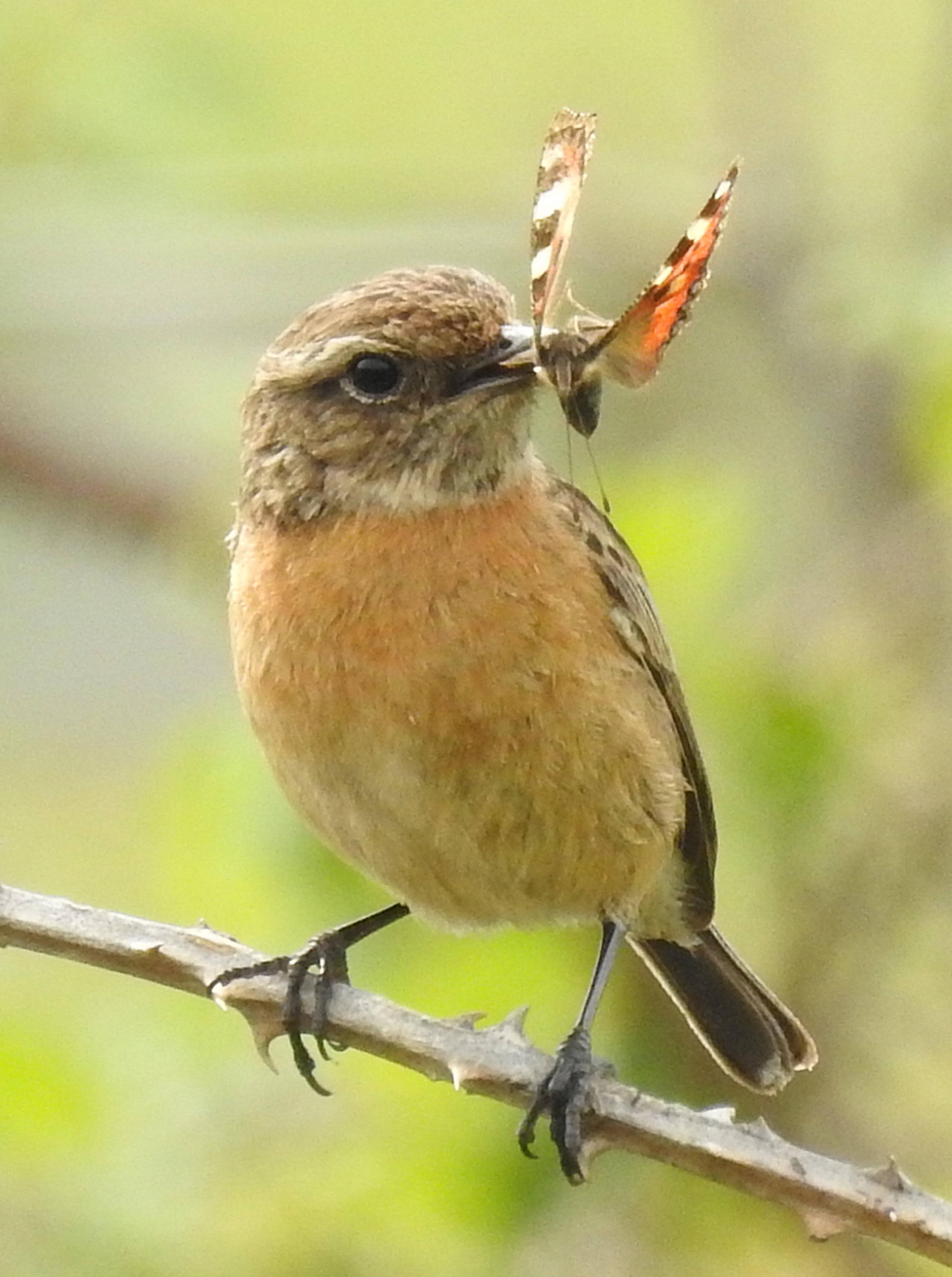 While it is true that better gear won't make you a better photographer, it is equally true that any photographer is limited by the capabilities of the gear being used.

There's an old saying that has been around photography for a very long time:

It's certainly true, but it is only half the truth. The rest of the truth is this:

Gear doesn't matter - until it does.

When the technical capabilities of your gear are not up to the task for the shots you want to capture, then and only then will the gear matter.

When your gear does matter, you'll know. It will matter because the gear you are using will limit you from doing work that you wish to do and that you have the skill and knowledge to pull off. Until you reach that point, the gear you are currently using is perfectly fine for you.

In the end, gear with higher capabilities can certainly help. But a better camera won't make you a better photographer. It will just allow you to use more of the skill, knowledge, and experience you've picked up along the way. Part of that experience and knowledge contributes to the ability to pick the best tool for the job from among the options one has available.

For more, please see: When should I upgrade my camera body? The answer there is just as equally applicable to lenses or entire systems.

I understand what you are saying ~ thank you. The picture I have posted is good but not good enough. The wings of the butterfly are not sharp, nor are the antenna. It also appears to have a little too much contrast that I am unable to edit out.

You'll likely gain more by improving your technique than by buying different gear that will still not give the results you want until you improve your technique. Only when your technique exceeds the limits of the current gear will better gear give you better results. If your current results are at the true limits of that camera/lens, then by all means go for a better lens and camera (in that order). But I bet there are better results that have been shot with the P900 under similar conditions.

In the case of the example photo, the main reason the butterfly is not sharper is because the center of focus was slightly behind the bird. Look how much sharper the thorny vine the bird is perched upon is behind the bird than it is in front of the bird! 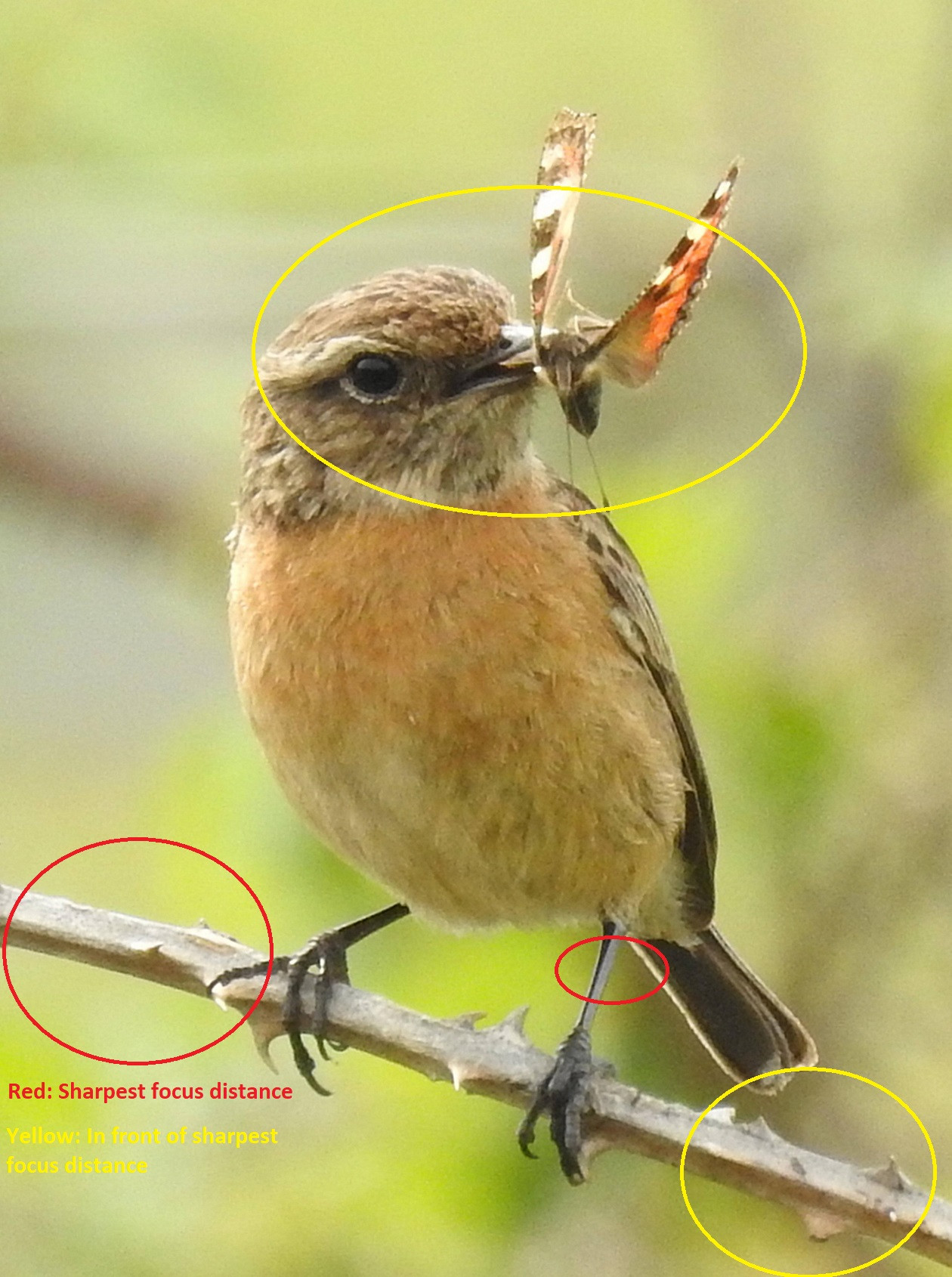 For the most part, cameras do not affect sharpness - lenses do.

The longer your focal length and the larger the aperture, the thinner your focal plane. You are already using lenses at the long end. Use a smaller aperture and you will get more 'stuff' in focus.

(I did say for the most part: In the case of motion, a camera capable of higher ISO levels could theoretically help you here, but it looks like you have plenty of light, so I doubt it would help you.)

Unfortunately the EXIF data had completely been stripped from that image but its size is about 16MP, likely the camera size. The quality at the pixel level is really really bad, suggesting that you have used very high ISO levels and/or digital zoom, making the camera guess much of the information it put into individual pixels.

An obvious daylight scene should not require such high ISO, and a P900 should leave little enough incentive to revert to digital zoom. The large amount of bokeh for a small-sensor camera (which is not even particularly fast at long reach) suggests that you are using significant zoom here: that may give the image stabilisation a run for its money and/or their might be atmospheric distortion affecting the image.

That very much suggests that you are not making best use of your equipment here (even though the P900 is a small-sensor camera) and changing equipment would be a shot in the dark and with dubious chances of success. In particular, the combination of a long lens (2000mm equivalent) and high pixel pitch (16MP at 1/2.3") makes for a completely different approach to your subjects: with the P900 you can try capturing wildlife from a distance. This kind of hyperzoom range and pixel count is not there for larger sensors after cropping. You need to get significantly closer to your subjects, to a distance where the P900 would also deliver quite nicer photographs but with much larger depth of field and with much of its lens' weight (and long-range optimisation) wasted.

The conditions you used the P900 in will not work for a 200-400 lens: you'll get a sharp image maybe at postcard size (if even that) after cropping. And practising to get closer will also yield better results with the P900. This camera is great in the "get a shot at all" department but even with this camera, it remains an emergency measure.

Not the answer you're looking for? Browse other questions tagged sharpness contrast subject-distance or ask your own question.

22
When should I upgrade my camera body?
4
Will switching from Canon to Nikon as a way to improve image quality make my stock images saleable?
3
Will I see enough improvement moving from EF-S to "L" lenses to warrant the cost?