I have the Canon EOS 400D - also known as EOS Digital Rebel XTi, or Kiss Digital X in Japan - and as of tonight, it stopped working. It won't do anything, with or without batteries or a CF card, except flash a blue light in the top left when batteries are inside.

I've tried taking both batteries out, the CF card out, letting the capacitors drain (someone suggested) but it still won't work. I know the power works because that blue light keeps flashing. It won't be read by the computer through a direct connection, and I don't have a CF card reader.

I looked inside and it seems like a pin is missing. CF card seems to bear the scars too. I've never looked too closely at the CF card before, so I don't know if the pin was missing before. I have a feeling that's the cause, though.

What can I do?

Missing pin, not bent, but missing. Could this cause the lack of function and the blue flashing light? 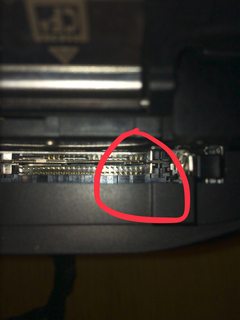 I'm no expert, but this looks damaged. 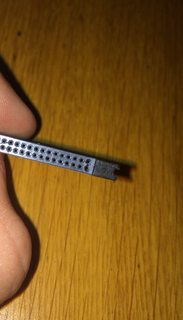 The blue light usually indicates file transfer so it may think that it is connected to a computer and trying to transfer files. Try plugging in a USB cable when it is on then pulling it out and see if that gets it out of the loop.

Also try cleaning all the ports and checking if the coin shaped battery needs replacing.

Not the answer you're looking for? Browse other questions tagged canon troubleshooting power canon-400d or ask your own question.